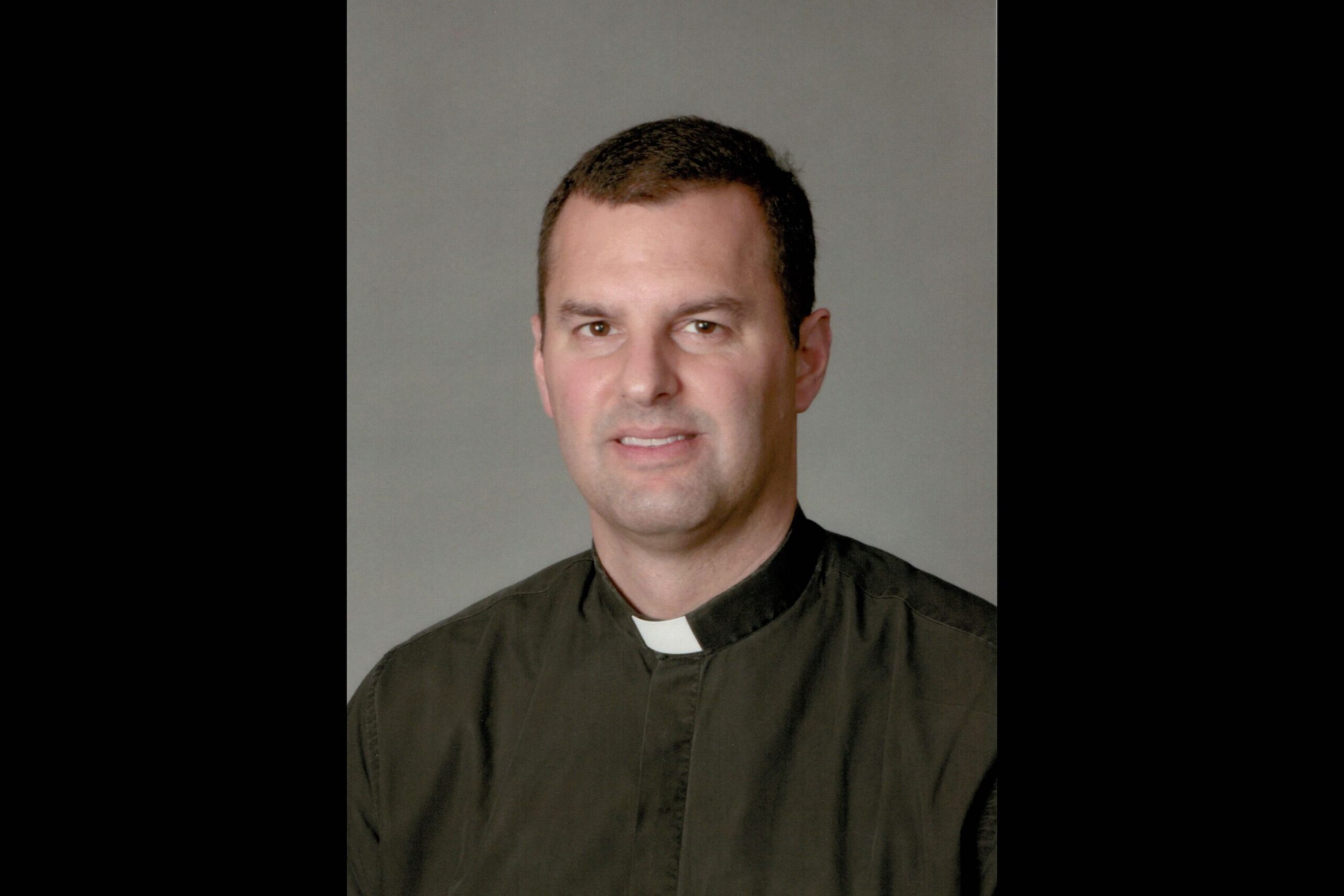 The Rev. Gregory Ostdiek will take over as Loyola Academy's president in the summer of 2022. | Photo Submitted

Loyola Academy Board of Trustees Chairperson Nancy Paridy told The Record in February that school President Father Patrick McGrath gave the board a gift by announcing his resignation so early.

That gift has now bore fruit.

Paridy and her fellow trustees recently appointed one of their own, the Rev. Gregory J. Ostdiek, 52, to be the school’s ninth president, effective July 5, 2022, according to a press release from Loyola Academy.

“Father Greg Ostdiek truly embraces the Jesuit, Catholic mission not only through his personal lived experience, but also in his vocation as a Jesuit priest,” Paridy said in a press release. “He is a leader who cares deeply about the people he serves.”

Ostdiek is a Loyola trustee and former physics teacher (2014-2016), who previously served in the U.S Navy and was ordained as a Jesuit minister in 2019.

“I am tremendously excited to join Loyola Academy in its mission of serving Chicagoland and the world,” Ostdiek said in the press release. “Loyola is a school with incredible students, a tremendously talented and caring faculty and staff, who show daily their dedication to the school’s mission of forming women and men for others in service to the Church and the world, and an amazing community. I am humbled and honored to be chosen to serve them in turn.”

He will take over for McGrath, who announced in February that he was stepping down after 13 years with Loyola Academy.

McGrath told The Record it was not good practice for a Jesuit to stay in one place too long and instead move “to where the greater need may be.”

According to the release, for McGrath, that will be Old St. Patrick’s Church in Chicago, where he will be the next pastor starting next summer.

“Loyola Academy has thrived under the leadership of Father McGrath,” Paridy said. “Father McGrath has worked diligently to strengthen the Catholic and Jesuit identity of the school and enhanced the formation of the students, faculty and parents in our faith tradition.”

McGrath wanted to stay at Loyola to see through the large-scale Center for the Performing Arts build, an effort he helped lead. He also told The Record he wished to stay through this school year to help reconnect students with the Loyola community amid the COVID-19 pandemic.

Ostdiek served in the U.S. Navy from 1996–2008 where he was a lieutenant commander. Ostdiek was a navigation instructor, reactor training assistant for a 450-person department, an executive officer and navigator on the U.S.S. Dextrous, and second in command of an 80-person crew, which was deployed twice in the Arabian Gulf.

Ostdiek joined the Jesuits in 2008, teaching physics, coaching athletics, serving in campus ministry and moderating student clubs at several Jesuit schools, including Loyola Academy. He was ordained in 2019. He has served as a parish priest and a prison minister.

He earned a master’s degrees in divinity in theology and theology in scripture from Boston College School of Theology and Ministry (2019).

Most recently, he reportedly completed an educational master’s in educational policy and management at Harvard Graduate School of Education (2019) and a master’s of public education from Harvard Kennedy School of Government (2021).

Currently, he serves as an administrator at Brebeuf Jesuit Preparatory School in Indianapolis and on the boards of Loyola and St. Xavier High School in Cincinnati.

This appointment has been approved by Rev. Karl Kiser, provincial of the Midwest Jesuits, who reportedly made Ostdiek available to visit Loyola during the spring semester.

“I am thrilled to mission Father Greg Ostdiek, SJ, as Loyola Academy’s next president,” Kiser said in the release. “Greg brings a passion to share the Good News with young people and will lead Loyola Academy with vision and energy.”