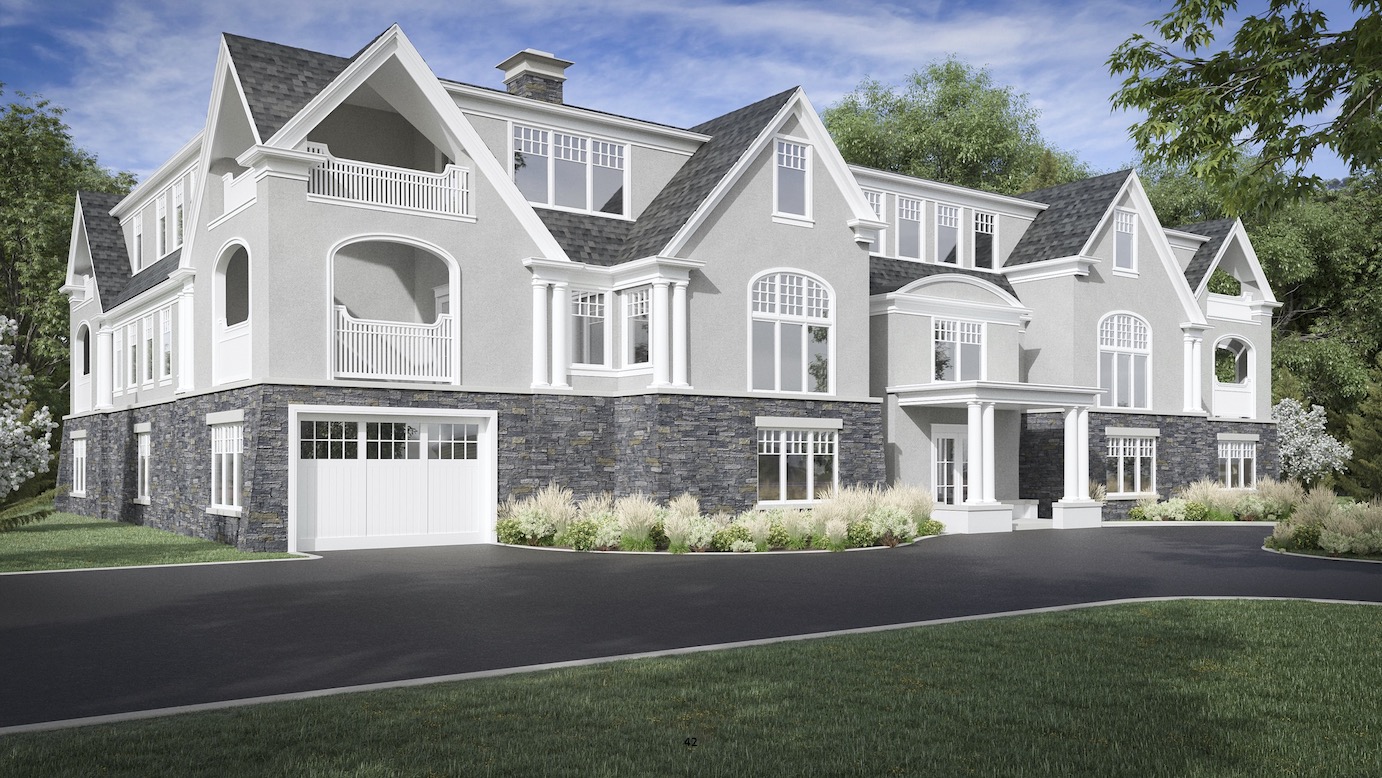 A rendering of the proposed development for 538 Green Bay Road.

It’s back to the drawing board for the development team behind 538 Green Bay Road, a contentious Glencoe project that the applicant recently pulled off the table.

That ire climaxed at a Village of Glencoe Zoning Commission meeting on Sept. 13, when — after hearing hours of testimony — commissioners unanimously voted to pass a negative recommendation to the Village Board.

“Staff has been in contact with a representative for the owner of 538 Green Bay Road who has indicated he is completely rethinking his options,” Kiraly told trustees.

Kiraly added that the applicant is “engaging with immediate neighbors” to develop a suitable plan for the property and he expects to hear from the applicant again soon.

Neither McGuire nor his attorney for the process, Chris Canning, immediately returned messages from The Record.

Barney Gallagher, who lives adjacent to 538 Green Bay Road, was among the most proactive neighbors in the effort to oppose the project.

“We are gratified with the result and hope that we can work something out with the developer that is acceptable to both sides,” Gallagher told The Record via email.

The Village Board first got a look at the now-defunct proposal in April. Trustees kicked the plan, which required a zoning change from single-family (R-C) to multi-family (R-D), to the Zoning Commission for a public hearing.

McGuire’s property features a single-family home on three parcels of land. His plan was to demolish the home and develop a three-story condominium complex with units available for between $800,000 to $1 million, according to previous public testimony.

A public hearing for the development was initially set for July. In advance of the hearing, the Village of Glencoe received more than 30 letters in opposition, largely from neighbors of the site. The event was postponed until September.

McGuire was not present for the hearing but his team, led by Canning, argued that the development aligned with the character of the neighborhood as well as the village’s goals of increased housing stock near its downtown. Additionally, there are other multi-unit developments — most of them outdated buildings — in the vicinity along the west side of Green Bay Road.

Neighbors, including all 15 who share a block with the site, submitted letters opposing the development, focusing on how the building would negatively impact the neighborhood.

Additionally, multiple neighbors and zoning commissioners discussed how neither McGuire nor his team communicated with the community during the project’s development.

After a six-hour meeting, the commission did not recommend the plans, and five weeks later it is no more.

In response to Kiraly announcing the withdrawal, Village President Howard Roin, who was not on the Village Board when it heard the proposal, celebrated the local-governmental process in Glencoe.

“I just want to say the Village Board … handled this entirely appropriately,” he said. ” …It was obviously did the right thing to send it to the zoning board. The process (did) exactly what it was supposed to do. Nobody needs to apologize. I think it was government at its best.

“This is the way we want to be running our government.”