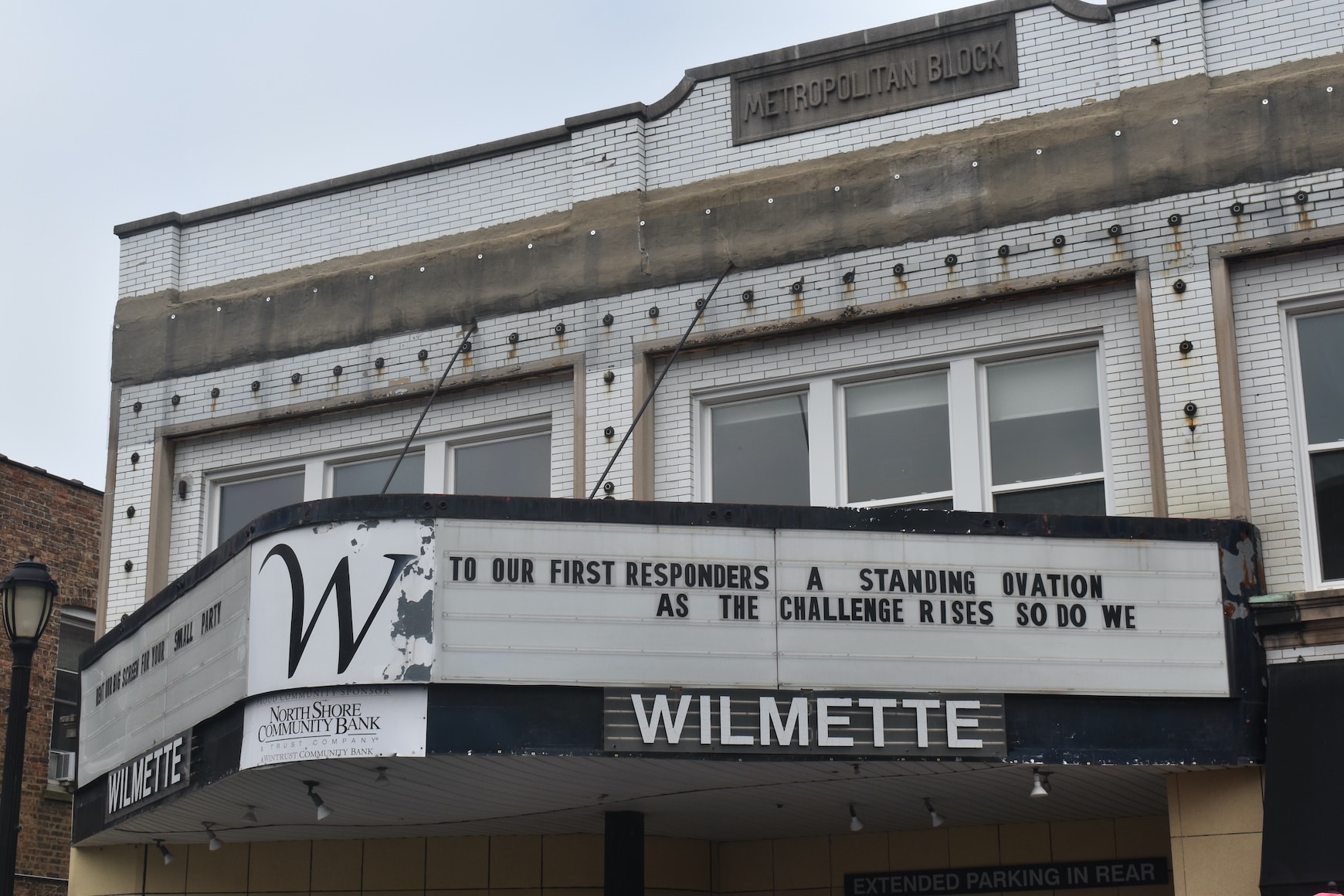 Prep the marquee and dust off the red carpet. The Wilmette Theatre is planning a November reopening.

Closed to the public for a majority of the pandemic, the nonprofit theater undertook critical renovations to its facilities — specifically to its bathrooms — over the past two years. Those projects should be complete in the coming weeks and in time for a premiere in the first week of November, according to theater board president Mike Murdock and confirmed by the Village of Wilmette.

Wilmette Village Manager Mike Braiman said the theater passed initial inspections on Sept. 16 and he expects the Village to give final approval by the end of October, “assuming the construction work remains on schedule.”

The bathrooms are not the only new look for the theater. Behind the scenes, the nonprofit’s leadership team is completely overhauled.

In July, the theater’s top four officials stepped down after months of infighting grew into a distinct rift between Murdock and multiple board members. When former board president Jenniffer Weigel stepped down, the board voted on a motion to dismiss Murdock. The motion failed, leading to the resignations of board vice president Melinda Roenisch, secretary Wendy Fessler and executive director Wendy Sharon, the theater’s only employee.

In the wake of the mass exodus, Murdock ascended to board president, Stephanie Rupp to secretary and RIck Wickle to treasurer, Murdock said, adding that Wilmette residents Charlie Hutchinson and Janet Koestring have joined the board, as well.

The November reopening is crucial for the theater, which received a $250,000 Shuttered Venue Operators Grant from the U.S. Small Business Administration. The funds are contingent on the theater reopening in 2021.

The five-person board just completed a search for a full-time program director, hiring Amy Falkowski in September.

Falkowski is a real-estate agent who has lived in Wilmette for more than 12 years. Previously, she was an administrator for 10 years at the School of the Art Institute of Chicago, finishing as an associate dean of budget and administration.

After hearing there may be opportunities with her local theater, Falkowski said she contacted Murdock to inquire about the board of directors. With no slots open, she settled for helping the board in its search for a program manager.

“I was looking at the job description and thought it was so similar to what I used to do,” she said. “I said, ‘I think I’m interested. I think I want to throw my hat in the ring.’”

According to the job description, posted on a nonprofit job board, the program director is primarily responsible for selecting and executing programming in both the film and performance theaters within the building.

Falkowski also will determine staffing needs at the theater and hire based on those needs, the description says, as well as a slew of other duties.

The job posting also gives a peek into the changes in the theater, calling the second theater a “casual lounge” to offer more live performances to complement the film runs in the newly rehabbed first theater.

Murdock said he expects the theater building to host events as well.

“For the most part, we are replicating what was done prior to the pandemic with an additional emphasis on some live music and as an event space,” he said.

She said she has already reached out to many area businesses and community members to build ideas for programming once the theater reopens. With the advancement of downtown Wilmette, Falkowski sees an opportunity at the Wilmette Theatre.

“The way downtown Wilmette has been thriving and with COVID, people are not going to the city as much as used to,” she said. “… I think it’s a really important and opportune time for the theater to bring the city to Wilmette — the arts and culture from one of the largest cities in the country to be able to replicate that here and take advantage of our own residents.”