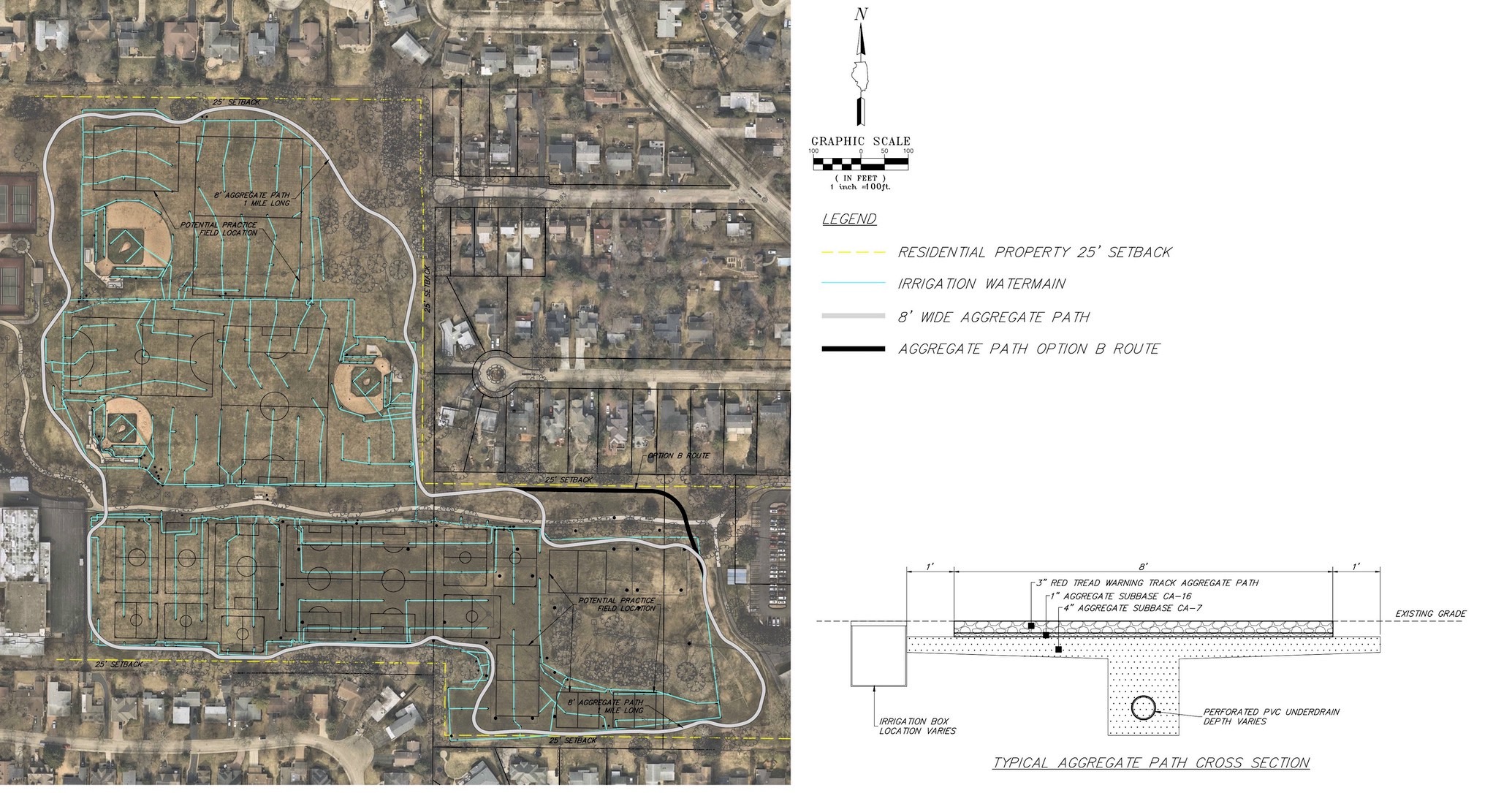 The Wilmette Park Board approved a bid for work on the Community Playfields fitness path during its regular meeting on Monday, Sept. 13, which lasted just under an hour.

Only four commissioners were present at the meeting; in addition to a vacancy, board Vice President Julia Goebel and commissioner Kara Kosloskus were both absent.

The four present commissioners voted to approve the low bid of $359,750 from Hacienda Landscaping, of Minooka.

Steve Wilson, executive director of the Wilmette Park District, said Hacienda’s bid is “significantly lower than the initial estimates of the fitness path,” which engineers first priced around $385,000.

Wilson said four bids were received for the project. The three other bids were each more than $525,000.

Earlier this year, the board had approved a new fitness path for the Community Playfields. Plans for the path’s configuration — a 1-mile track with a permeable surface — were approved and discussed at previous board and commission meetings.

Board President Mike Murdock said plans for the path have been a long time coming.

“I think we came up with a great plan,” he said. “I think, while the process certainly took a long time, we ended up in a really good place.”

Path construction is expected to begin on Sept. 27 and, weather permitting, should be completed by Dec. 3.

Board members were initially going to have a discussion and vote Sept. 13 on the renovation designs for Lakeview Center; however, due to the absence of two commissioners, as well as the meeting only meeting the minimum for a quorum, Murdock said that discussion and vote would be tabled until the board’s next meeting.

Murdock and Wilson also discussed the board’s vacancy. Commissioner Todd Shissler resigned from the board in August.

Murdock said all seven candidates will be interviewed on Sept. 27-28 by the board. Initially board members discussed narrowing the field of candidates, but the board president said he believes seven is a manageable number for the board to interview individually.

Murdock said the board is looking forward to speaking with all the candidates.

“We’re hoping to keep the process moving along toward a conclusion in the not-too-distant future,” he said. “But we’re in the middle of that process right now.”