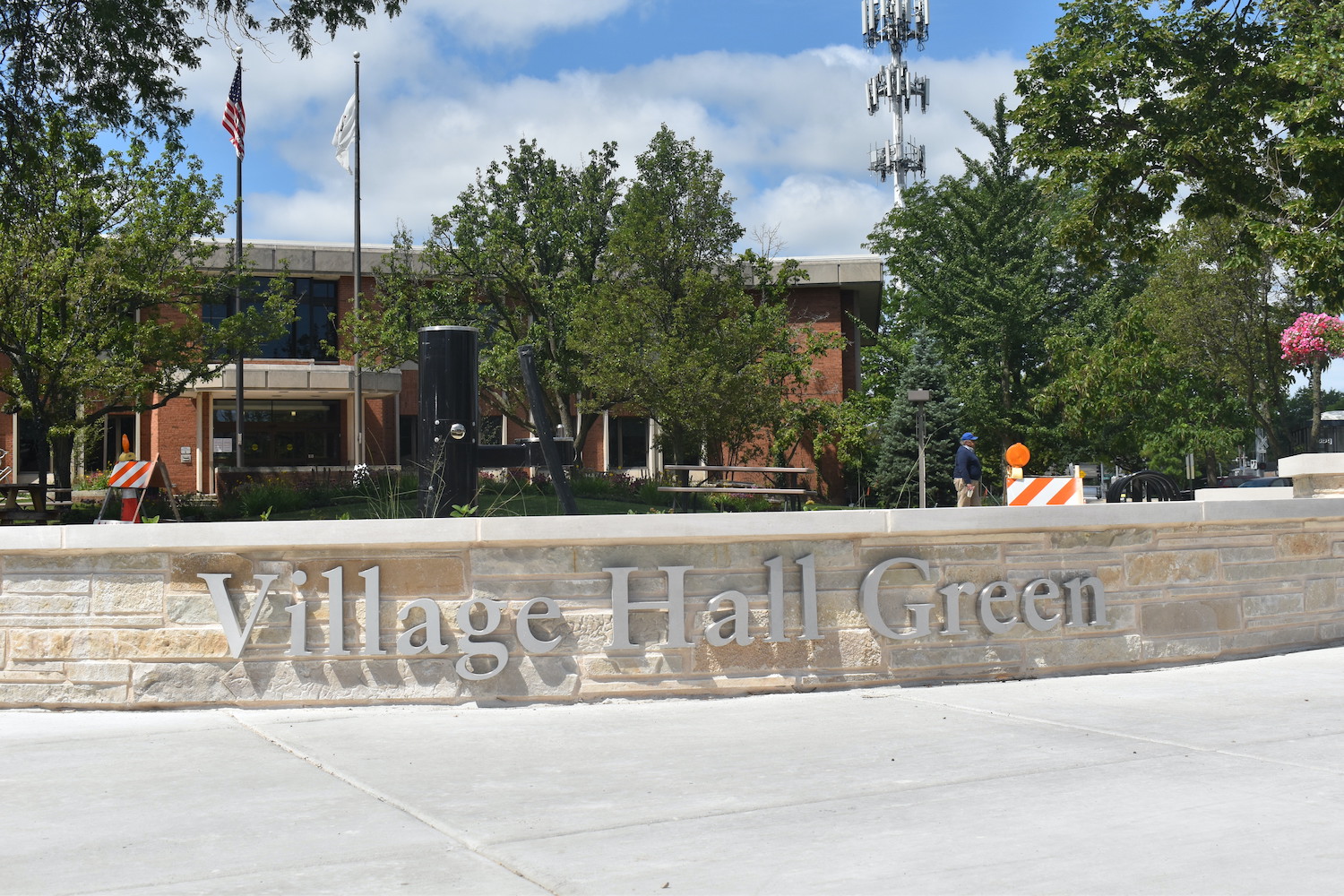 Wilmette's Village Hall Green will host the celebration on Aug. 27

Construction can be frustrating. With that in mind, downtown Wilmette is ready to vent.

The completion of the village’s one-year-long downtown streetscape project is grounds for celebration, according to village officials, who are preparing to mark its finish with a bang.

Wilmette will host a re-opening party from 4-8 p.m. Friday, Aug. 27 in the downtown area. The celebration will include live music, lawn games on the newly marked village green, balloon and airbrush-tattoo artists, and special extended shopping hours at local downtown businesses.

The village will also be raffling off four $50 Shop Wilmette gift cards.

Wilmette Village Manager Mike Braiman said that “the vast majority” of work is complete and officials are “buttoning up smaller items over the next couple of weeks which will be done by the end of August.” But the “major, impactful improvements and those that impact traffic and pedestrians are all completed,” Braiman added.

The village still has work to complete roadwork east of 11th Street down to Sheridan Road “over the next couple of months.”

Braiman said the village is “right on target” on its time line for the project. Wilmette’s goal was to get the highest impact work downtown completed by mid-June, which officials accomplished, he added.

National supply-chain issues caused some delays with the final installation of lighting and stop lights, Braiman noted, but all of that is finished now.

The project consisted of an overhaul of downtown Wilmette’s infrastructure and aesthetics, as well as construction into the residential area from 11th Street to Sheridan Road, as previously reported by The Record.

Officials first approved the project in 2019 for a cost of about $2 million, 80 percent of which is funded by grants, according to village documents. Work first started in September of 2020.

A full breakdown of work completed during the project can be found here.

One of the challenges of the project was that it ran parallel to Wilmette’s Neighborhood Storage project work, the village’s largest-ever infrastructure endeavor.

“It was a huge lift for our engineering team,” Braiman said. “They are responsible for managing both of those projects. One of them alone is a lot; two at the same time is significant. I just want to commend the staff for the outstanding job that they did on that.”

Braiman also noted the difficulty of the project because of the number of moving parts.

“This is actually an incredibly complicated project to manage and implement because there’s so many homes and businesses impacted and so many subcontractors,” he said. “We really did everything that we could to communicate on a daily basis with all the businesses. So it was certainly not convenient or ideal for our downtown businesses but I think that we did the best we could to mitigate the impact.”

The outcome of the work seems to be a big hit with locals, according to Braiman.

“We received really outstanding feedback on the final product,” Braiman said. “People seem to be really excited and pleased by the new look of the downtown and we’re excited to welcome folks for that grand re-opening event.”

Completion of the project comes at a time when downtown Wilmette is flourishing and several new businesses are opening, including Central Station Coffee and Tea and Pit & Tap restaurant.

“It’s incredibly exciting,” Braiman said. “When you come downtown here on a weekend, it’s wall to wall people. It’s really great to see because I think our businesses need that support.

“So many local entrepreneurs are willing to take the risk and invest in our community, particularly, in our downtown, and we really appreciate that. It’s those entrepreneurs making a difference in our community and we’re grateful that those new restaurant owners are Wilmette residents and we love to see that.

“We’re going to do everything that we can to continue to support all of our businesses and that was a big driver of this project. We’ve built up what we think is the premier dining destination in the north shore and it’s our job now to maintain that and continue that into the foreseeable future and that was a major reason we wanted to move forward with this project.”