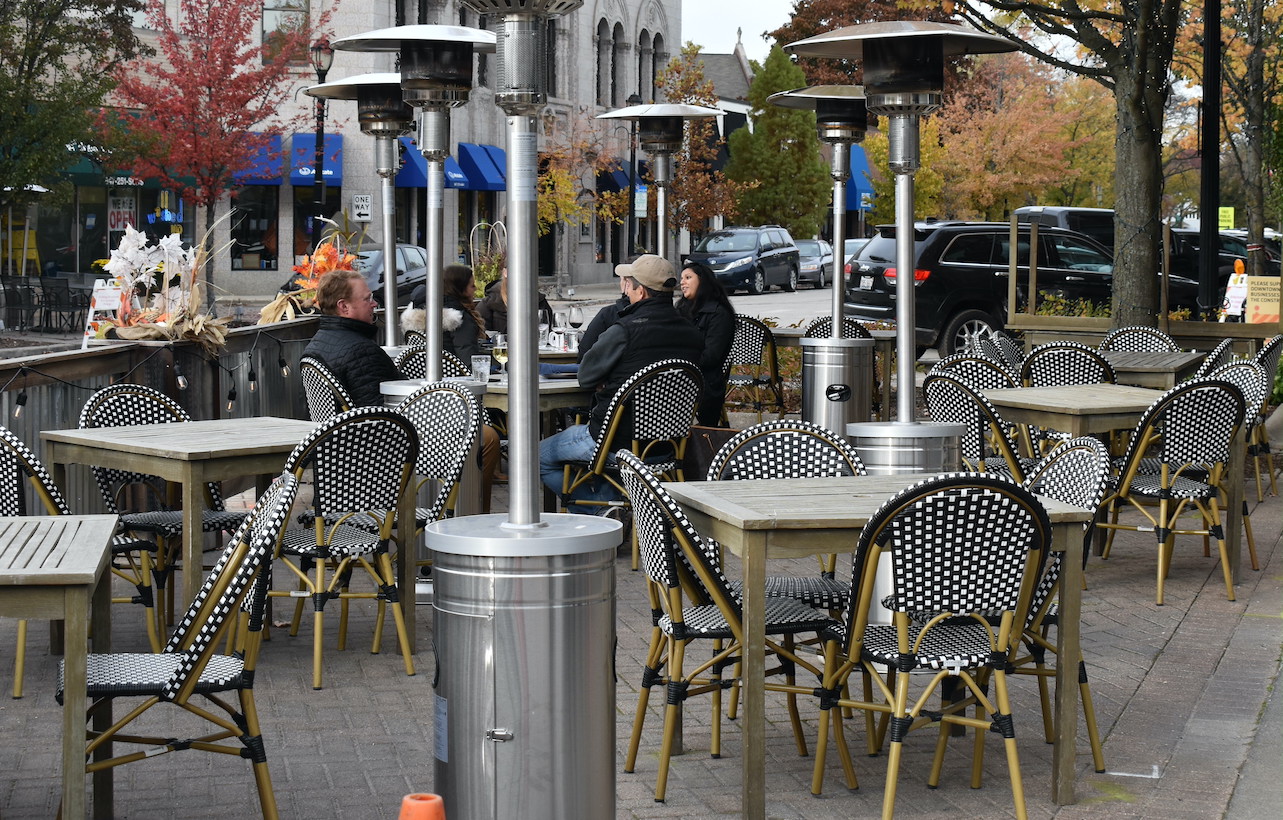 Few people are eager to retain the way of life that came to prominence over the last 16 months, but most are ready for another serving of a popular pandemic side effect: outdoor dining.

Officials in Wilmette are taking measures to ensure that locals will have a bevy of al fresco dining options for both the short- and long-term.

Earlier this summer, Wilmette’s Village Board approved an ordinance that made outdoor dining year-round and expanded dining on the frontage of neighboring businesses with approval from the village’s community development director.

Before the board’s approval, outdoor dining was previously limited to April 1 through Oct. 31.

Village trustees approved the introduction of an ordinance during their Tuesday, July 13 meeting that will further enhance restaurants’ ability to maintain downtown dining year-round.

The ordinance, which could be ultimately approved in two weeks during the board’s next meeting, would allow village staff to “permit temporary structures such as igloos and greenhouses for the purposes of outdoor dining during the winter,” according to village documents.

Igloos on Wilmette Avenue set up by Pescadero were removed after they collapsed because of heavy snowfall, officials said, and greenhouses outside Napolita on Central Avenue remained intact throughout the winter. The restaurants are owned by the same ownership team.

After the board’s approval of the first ordinance, trustees tasked the judiciary committee in June with considering whether and how to allow temporary dining structures in public property, village documents say.

According to a village memo from Village Manager Mike Braiman, the committee unanimously supported a permitting process comparable to Wilmette’s temporary-use process.

The committee’s recommendations set the following criteria, according to village documents:

• Require Village Board approval for an outdoor dining permit which contains temporary structures such as igloos, greenhouses, tents, shelters, etc.
• Require the applicant to provide notice to properties within 250 feet
• Restrict the time temporary structures may be placed on the right-of-way to the dates authorized in the permit
• Allow the Village Board to attach additional conditions to the issuance of the permit as deemed appropriate

According to the memo from Braiman, “the new permit process only pertains to temporary dining structures in the public right-of-way. Restaurants seeking to erect such structures on private property must also apply for a Temporary Use permit.”

The purpose of the ordinances is to “proactively implement business friendly initiatives that are responsive to changing business and customer desires because of the pandemic,” the memo from Braiman reads.

The measures are the latest in a series of efforts from Wilmette designed to support local businesses, particularly restaurants.