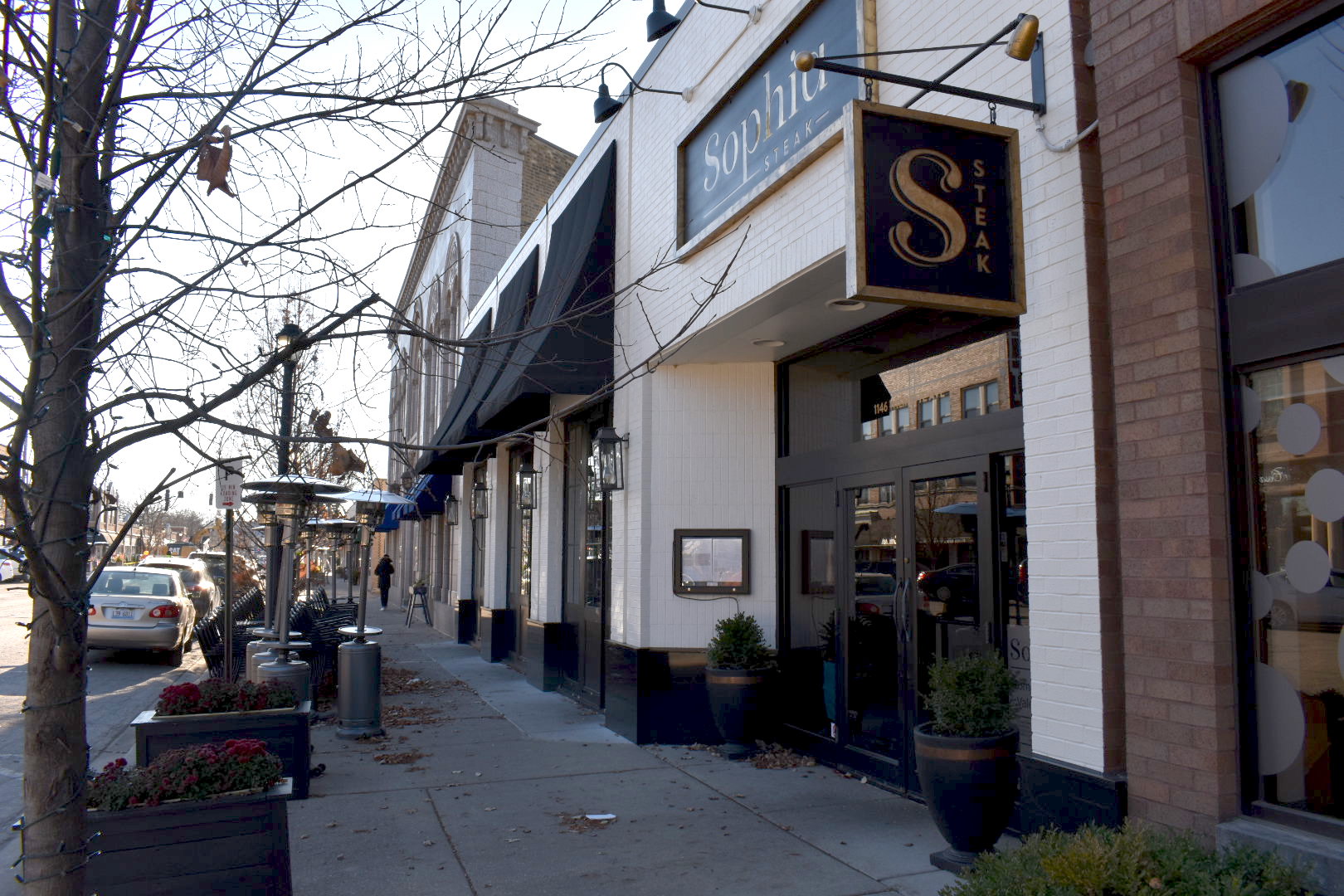 Sofia Steak is one of Wilmette newest restaurants and is eligible for a grant program from the Village. | Joe Coughlin/The Record North Shore

Another round of financial assistance will soon be headed to Wilmette restaurants, courtesy of the Village of Wilmette.

Wilmette’s Village Board signaled its support for another rollout of sales tax grants during its regular meeting on Tuesday, Nov. 10. This phase of grants targets Wilmette restaurants because they are the most impacted by Gov. J.B. Pritzker’s recent COVID-19 mitigations, officials said.

Local restaurants can apply for the latest series of grants on Wednesday, Nov. 25, if the governor’s mitigations measures are still in place. If the restrictions are removed before Nov. 25, the village does not plan to move forward with another series of grants.

Village officials will begin posting grant applications on Wilmette’s website next week, Village Manager Michael Braiman told The Record, adding that the village will process applications as quickly as possible and payments to will go out on a rolling basis.

The Village Board was presented on Nov. 10 with three options to provide financial assistance to local businesses. Trustees decided to move forward with a repeat of the sales tax rebate grant program for restaurants only.

This option distributes half of one percent to sales-tax-generating businesses. Officials preferred this option because it allows the village to maintain flexibility to in the future help restaurants or other impacted industries.

In mid-April, officials approved an extension of the program to service-based businesses for an additional $156,000.

The Village has so far, in the first two phases of the program, disbursed $276,365, officials said, leaving approximately $254,635 of economic relief grant funds available for distribution based on criteria set forth by village trustees.

The grant program is funded by the village’s general fund reserves, according to village documents.

During the first round of the grant program, the village disbursed approximately $140,248 to 27 local restaurants, per village documents.

Village staff has identified 5 to 10 more businesses that may be eligible for the second round of grants, officials said. Based on data that is available, the village is anticipating the average grant award to be $2,900.

The maximum projected number of restaurants that could apply for this latest phase of grants is 37, Braiman said. The amount a restaurant receives is based on their sales tax revenue from 2019.

Grant amounts could range from $500 to $17,000, Braiman said. The largest grant awarded to a restaurant during the previous phase was just under $17,000, he said.

Restaurants that have opened since the grant program debuted will be eligible to apply in this cycle. Braiman said the village is going to work with the newer restaurants to determine the grant amount because of a lack of sales tax data from 2019.

Although the maximum amount of money that is available for the grants is approximately $254,000, the village is projecting about $170,000 in grants awarded during this phase, Braiman said.

The village may consider another phase of the grant program in the future.

“We’re going to continue to monitor the governor’s mitigation efforts and we have the flexibility to roll out additional grants to additional business sectors depending on need and circumstances,” Braiman said.

For now, the village hopes the grants will provide an extended runway for struggling local restaurants to outlast the impact of the pandemic.

“I feel like we’re in a very similar position to where we were in March and April,” Village President Bob Bielinski said. “The (case) numbers are up, the restrictions are going up and Washington is still getting its act together. If these numbers continue, I don’t know if it’s more PPP loans, if it’s some other form of aid, it seems likely that something will come out of Washington, but we don’t know when.

“These small amounts aren’t going to save any businesses but again they may extend their runway here a little bit further so that the other programs, which are again bigger in size and magnitude, can come in. So, again, if you look at the Illinois numbers, it’s sort of a scary graph because we are well beyond, in terms of cases, where we were in March and April when the world was shutting down.”