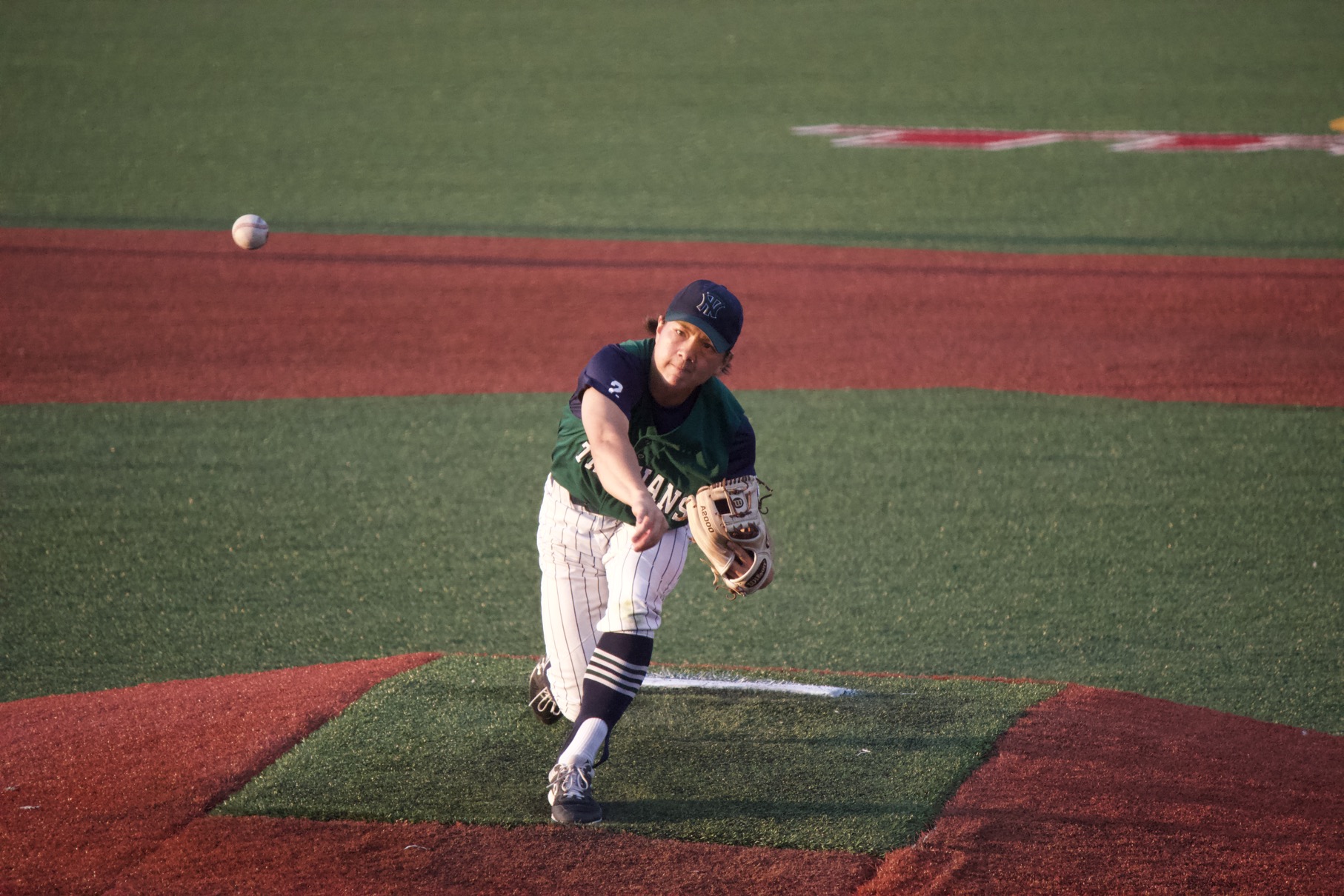 The road to a state championship gets more challenging with each passing game, but New Trier’s path to the state’s semifinals got tougher with each pitch Monday night.

The Trevians ran into one of the area’s best arms in Lake Park High School’s left-handed ace Jackson Kent, who fired a complete-game, 12-strikeout gem against New Trier in an IHSA Class 4A supersectional on Monday, June 14, at Triton College in River Grove.

Kent’s stellar start led the Lancers (27-4-1) to a 7-2 victory over the Trevians (23-14), ending New Trier’s thrilling postseason run one game away from the state final four.

“He’s a good pitcher, and you can’t keep chasing runs against this kid because he gets tougher as the game goes,” New Trier head coach Mike Napoleon said. “ … His fastball gets on you in a hurry. He has a really good idea of what to do with the ball and he only had one or two walks tonight.”

New Trier’s offense has made a habit of responding to opposing team’s run-scoring innings with offensive outbursts of their own. The Trevians began the game the same way, plating two runs in the bottom of the second after Lake Park opened the game’s scoring in the top half.

But the Trevs struggled to find answers for Kent’s three-pitch arsenal the rest of the way, as the southpaw held New Trier to just two hits after the second inning.

Lake Park tacked on insurance runs in the fifth and sixth innings after scoring twice in the top of the fourth.

“I thought that our kids did a great job of answering the bell after they scored two,” Napoleon said. “Then they scored two in the fourth and we just couldn’t answer them.”

In addition to the stellar outing from Kent, the Lancers utilized timely offense and situational hitting to top the Trevs.

“They hit the ball well, they ran the bases well and they pitched well,” Napoleon said.

The loss brought New Trier’s dazzling postseason run, which included both a regional and sectional crown, to an end. The Trevians trip to the final eight is the program’s best finish since 2017, when they finished fourth in the state.

Napoleon said the team’s leaders helped it peak at the right time.

“We had great senior leadership. We really did a nice job of rallying together as a team the last three weeks of the season,” he said. “It was great to be able to have these younger kids be a part of this and be in a meaningful game at the end of the year and to see what it’s like.”

The state’s second winningest coach (more than 900 wins) called the campaign a special season — especially after a lost year in 2020 due to the COVID-19 pandemic. But Napoleon’s biggest memory of the team is its welcoming character.

“I think one of the biggest memories is that these guys were all inclusive,” he said. “They included everybody on the team, from one through 26 guys, and they kept everybody involved and they’re really good teammates. When they leave, they’re going to be known not as Alex Calarco or Ryan Kaestle, they’re going to be known as great teammates … and hopefully that rubs off on the younger guys.”

The Trevs will welcome back a strong returning core of players next season, according to Napoleon, who said he’s “really excited about what’s coming up in the future.”

While the Trevs bid farewell to senior starters like Kaestle, Calarco, Sam Zacks, and pitchers Dylan Huang and Andy Pekar, they will welcome back fellow starters 1B Louis Florida, SP Dalton Hastings, SS Alex Mendes, 3B Graham Maestros and OF Brenden Stressler.