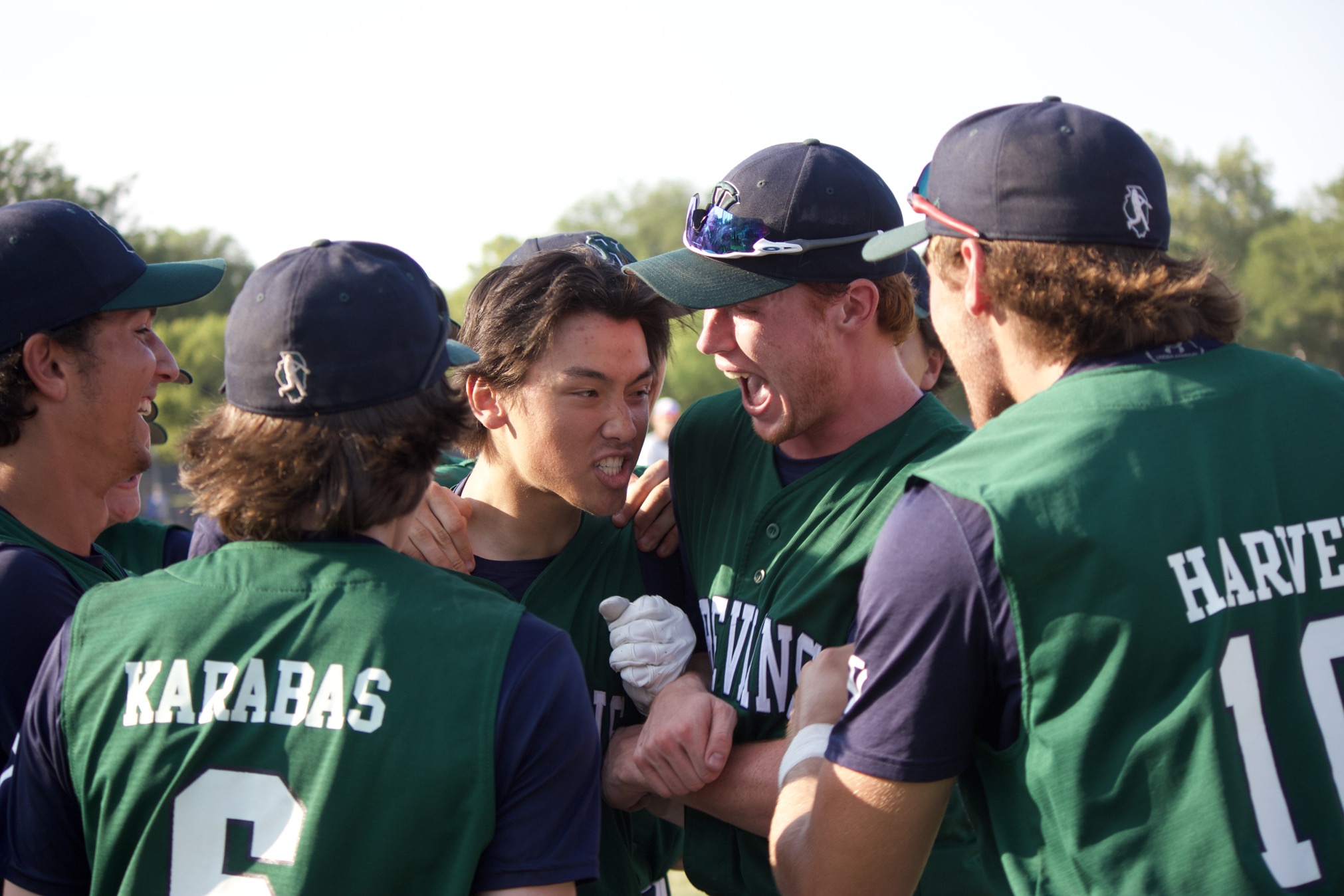 Sam Zacks’ first pitching appearance of the playoffs could not have come in a tougher situation.

The New Trier senior entered the sectional championship with his team leading Oak Park and River Forest by one run in the bottom of the seventh inning — with the bases loaded.

The Trevains went into the game’s final frame with a three-run lead, but the Huskies mounted their second consecutive late-inning rally to bring the winning run into scoring position.

With a full count and New Trier’s season on the line, Zacks got what he needed: an easy out in the form of a slow ground ball to first base. It capped the Trevians’ thrilling 9-8, sectional-title victory Friday, June 11, in Oak Park.

“I might have blacked out there, I don’t even know, but … it was just pure joy,” Zacks said of his reaction after closing out the Trevs’ win. “This is just a great group of guys. It was an amazing battle today. I would not want to do it with anybody else. Today was the most team effort possible. Everyone just did their job. Great fighting overall. It was awesome.”

The Trevs utilized four pitchers over the game’s last two innings to close out the Huskies. And when OPRF started threatening in the bottom of the seventh, the right-hander knew he was the next man up — even though he hadn’t fired a high-leverage pitch this postseason

“I haven’t pitched yet this playoffs but I was just staying ready,” Zacks said. “I know that I’m the next guy up (when I was out there playing center field). Things went bad, I got the call, and I just had to stay calm and try to zone in.”

In a wild, punch-for-punch affair, New Trier’s conquest in the bottom half of the inning would not have been possible without the team’s three-run top half of the seventh, which immediately followed a three-run bottom of the sixth from OPRF that tied the game at 6-6.

The Trevians led for the game’s first five and a half innings before the Huskies bottom half of the frame seemingly flipped the contest’s momentum.

But Louis Florida stepped into the box to lead off the top of the seventh and swung the game back in New Trier’s favor by crushing the ball over the right-field fence to put the Trevs back on top.

It was his second home run of the afternoon.

“It was a full count, and I was just thinking that it has to be a fastball here,” Florida said. “It felt nice (off the bat). I thought it was out, but I just felt like I had to keep running; I was too excited.”

New Trier padded its lead with an RBI single from Zacks and a run-scoring double by Breden Stressler, giving the Trevs a three-run advantage that proved to be just enough.

“I knew our offense would come back after giving up the lead,” New Trier coach Mike Napoleon said. “We knew that (OPRF) was a good team, so I knew that we would have to out hit them. … They came back with three runs (in the bottom of the sixth) and that showed the kind of championship team that they are — and we came back with three of our own, which was all spearheaded by Louis Florida.”

The Trevians jumped out to an early 2-0 lead in the top of the first when Alex Calarco ripped an RBI single into right field. Charlie Brodell singled home the second run of the inning.

Senior starting pitcher Andy Pekar limited the Huskies’ high-scoring offense with a strong performance on the mound. The right-hander allowed three runs over five and one-third innings while striking out four.

“Pekar did a great job for us today,” Napoleon said, noting his last start was about two weeks ago. “He just gave us a fantastic start.”

Getting through the top part of the Huskies’ order was challenging, largely because of their first four hitters, Pekar said

“Their first four hitters had my number … especially their four hitter; he just got to everything that I threw,” Pekar said. “But once I got past those guys, I knew that I just had to buckle down.”

Pekar added that pitching in the game, and coming out on top, “feels surreal.”

“They’re believers and they rely on each other and I think that is really important — in any sport, but baseball especially because there’s going to be a lot of up and downs in the course of a game or a season,” he said.

The longtime New Trier head coach has seen his fair share of successful Trevian teams on the diamond but this year’s sectional title was a special moment given the challenging times the group faced throughout the pandemic.

“It’s really tremendous (seeing the kids have a moment like this),” he said. “ … These guys have been through a lot of adversity and it’s just been great.”