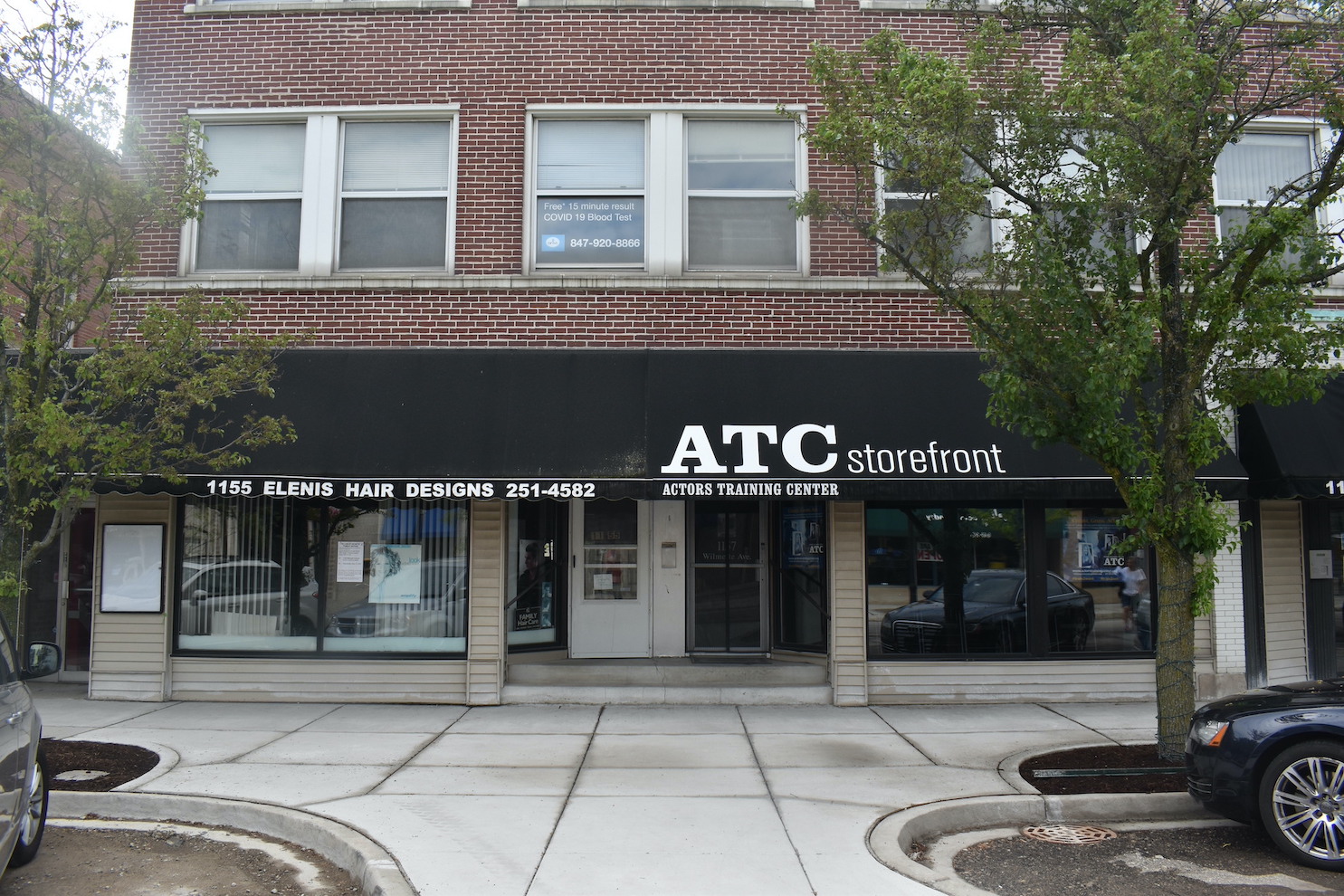 The Actors Training Center moved into 1157 Wilmette Ave. in 2017 and is on the verge of expanding next door. | Joe Coughlin/The Record North Shore

The Actors Training Center is preparing for a second act in downtown Wilmette.

The village’s Zoning Board of Appeals unanimously recommended the nonprofit’s request for a special-use permit to expand its existing space at 1157 Wilmette Ave. into the adjacent storefront. The request now heads to the Village Board for potential approval on June 8.

ATC Founder and Executive Director Carole Dibo told the zoning board that the additional storefront will look much like the current space. It will be open to the public, and passersby can see the training through the large front windows.

The back half of the space will likely be made into a camera room to teach on-camera technique, Dibo said, noting that it will also be used as a movement studio and musical theater.

Dibo said that the Actors Training Center “has really exploded during” the pandemic, as she previously told The Record. She added that it needs additional studio space for the more than 100 students per semester that it serves.

If approved, the new space will provide the center with approximately 770 square feet.

Founded in 2007, the Actors Training Center has been operating in Wilmette for nearly 15 years.

The Actors Training Center previously had two studios at the Wilmette Theatre on Central Avenue and later consolidated into its one space on Wilmette Avenue around the corner. According to village records, it received approval in 2017 to occupy that space.

Members of the zoning board welcomed the request, saying the existing space is well designed and the new storefront will be good for the Village Center district.

“I’m excited to see that the Actors Training Center is expanding,” Bob Surman said. “I think it’s a valuable gem for us to have in the village. … It makes all types and sense to expand it and enliven the downtown with the streetscape.”