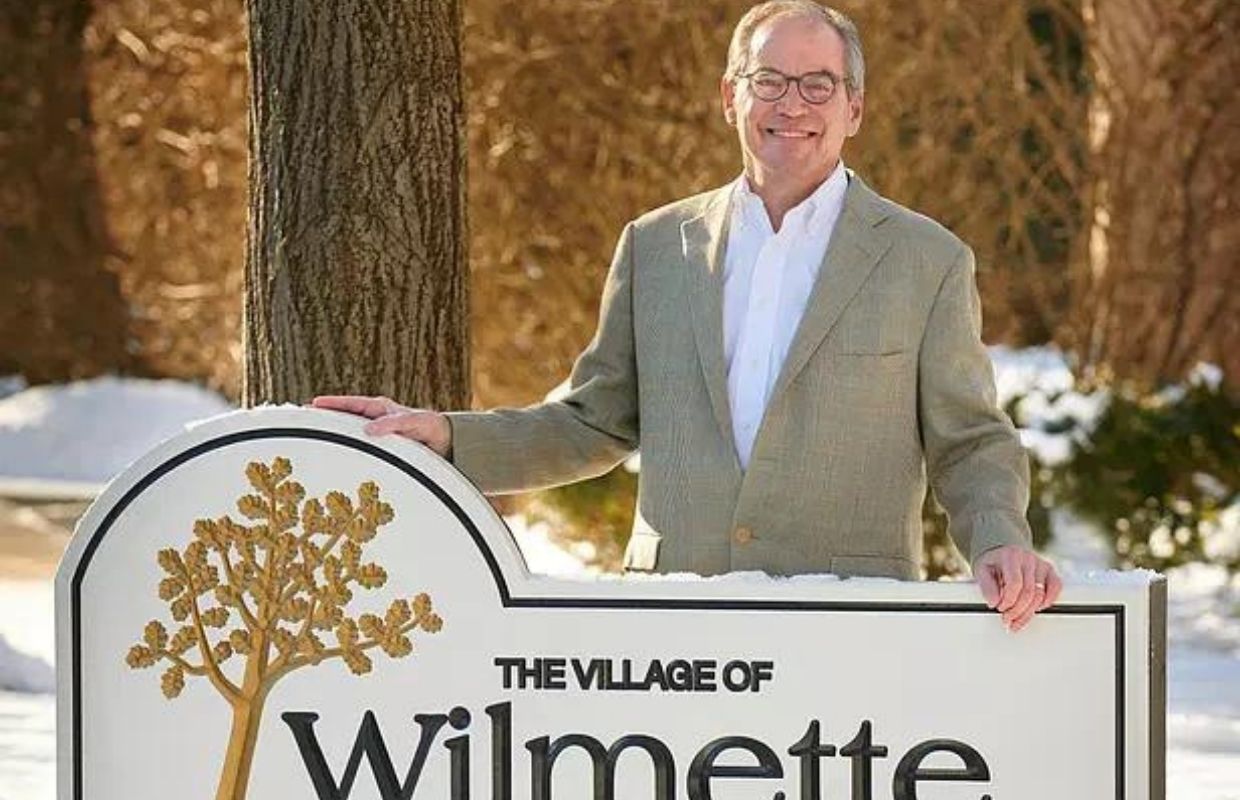 Peter Barrow will remain on the Village Board when he is appointed by village president-to-be Senta Plunkett | Photo courtesy of peterforwilmette.com

Peter Barrow’s first term on the Wilmette Village Board will come to an end the evening of Tuesday, May 11, but within moments, he’ll be back.

Senta Plunkett, Wilmette’s village president-elect, will name Barrow to the board to fill the remaining two years of her four-year term as village trustee, according to village documents.

Plunkett, who Wilmette voters elected as the village’s next president in April, will take the oath of office May 11 during the first part of the board of trustees meeting, and she will simultaneously resign from the position of village trustee, creating an open seat on the board.

One of Plunkett’s first decisions as village president will be appointing Barrow, who she described as the “logical choice” to fill the seat.

“Peter has been a great trustee. He is very thoughtful and considerate and I’ve enjoyed working with him over the past two years as I believe have the other trustees,” Plunkett told The Record on Monday, May 10.

“I think it’s a logical choice to pick him. He can jump right in and continue the work he was doing. He’s been a very involved leader in Wilmette over the years, serving on the transportation commission (and) the plan commission.”

In the village president election, Plunkett defeated fellow trustee Joel Kurzman, who will bid adieu to the Village Board Tuesday, May 11, after serving one term.

In the wake of Trustee Steve Leonard’s resignation in 2018, Wilmette voters elected Barrow in 2019 for a two-year, half term. He defeated opponent Jeff Axelrod by a margin of nearly 800 votes.

Barrow ran for reelection in a five-person race for three seats this year. He finished fourth in the voting, behind newcomers Kate Gjaja and Justin Sheperd and incumbent Kathy Dodd.

When asked if any other candidates were in consideration, Plunkett said after getting the election results, Barrow “seemed like the logical” selection.

“There is usually a history in filling one of these open positions where you try not to create a new political path for somebody by just an appointment and not an election,” she said. “So I think that I hate to sidestep the electoral process in this and I think because he is continuing his service and the election is so close that he was really the logical choice going forward.”

Plunkett said she met one on one with board members and discussed the appointment of Barrow before recommending it.

Barrow told The Record he is grateful for the opportunity.

“Having worked closely with Senta for the past two years, I’m grateful both that she asked me to continue to serve on the Board and for the opportunity to continue my service to the residents of Wilmette for another two years,” Barrow told The Record.

Current Wilmette Village President Bob Bielinski will preside over the first meeting on May 11, which is scheduled to start at 7 p.m. outside the main entrance of Wilmette Village Hall (1200 Wilmette Ave.)

Plunkett will then preside over the second meeting, which will be the first with the new board, as the newly sworn in village president.

“It’s going to be a great board,” she said, adding that “she is really looking forward to getting started.”