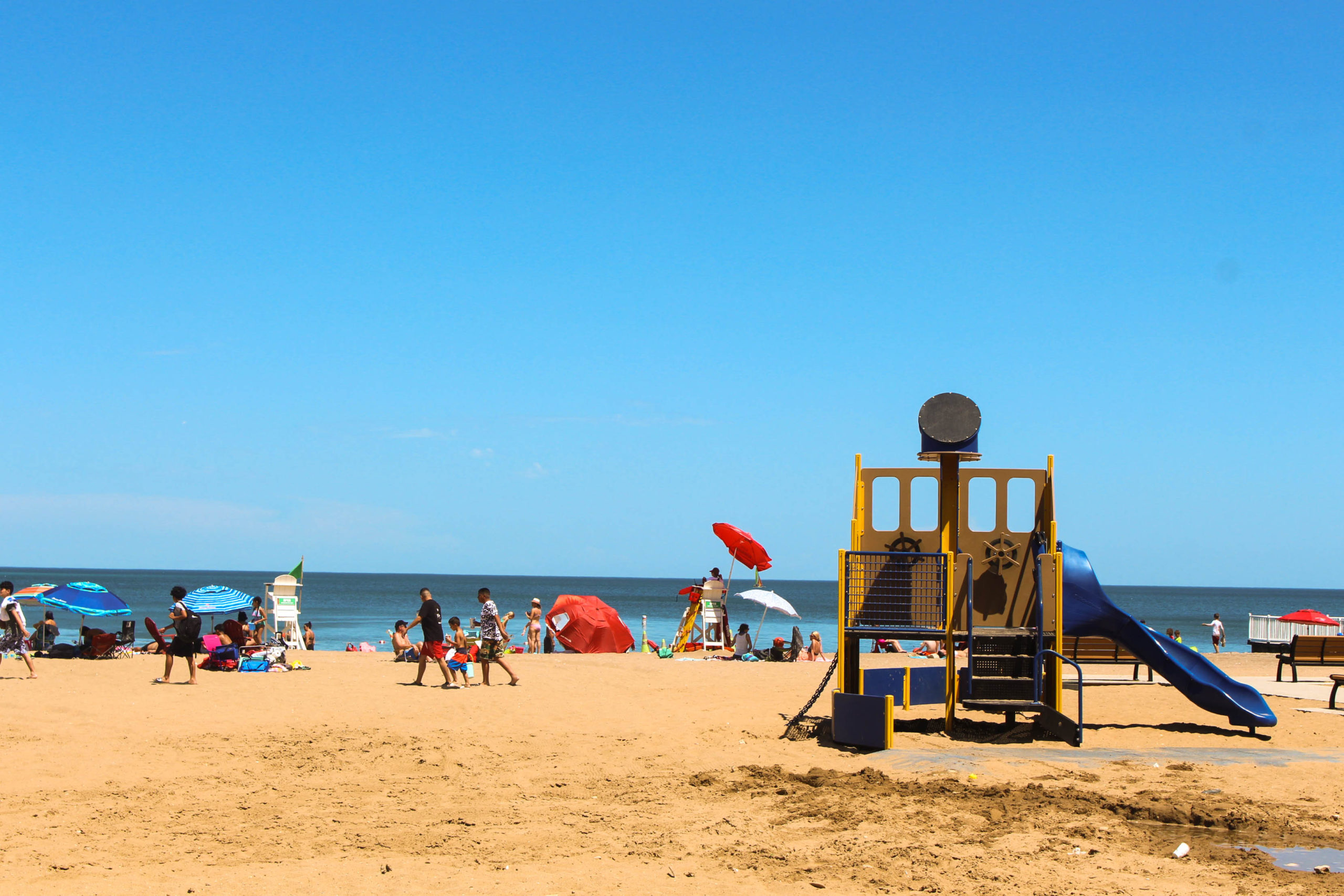 The latest phase of work in the park district’s capital improvement plan for Glencoe Beach is underway as the village’s signature shoreline readies for the opening of its season in two weeks.

Glencoe Park District officials developed a master plan for the beloved beach in 2015. A year later, the process progressed when the district hired a consultant to examine the beach and conduct an existing infrastructure study that focused on the bluffs, retaining walls, beach house and pier.

Improvements at the beach under the master plan have so far included repairs to the halfway house and the Hazel Avenue ramp retaining wall, and reinforcement and restoration of the Schuman Overlook, said Erin Classen, the district’s superintendent of marketing and communications.

The park district’s 2021 plans are going swimmingly thus far, if the early completion of its first targeted goal is any indication.

Officials started reinforcement work on the Hazel Avenue Overlook in mid-April and it was completed last week, Classen said.

According to information from the park district, the project’s goal is “to repair the existing overlook wall and prevent further erosion of the soils at the wall’s base.”

Additionally, the district added native, erosion-resistant landscaping to the bluff to prevent further erosion of the soils at the wall’s base, Classen said.

The park is preparing to soon start exterior maintenance work on the Safran Beach House as part of the 2021 slate of improvements.

“We’re just doing some tuckpointing there,” Classen said. “We’re replacing some of the exterior light fixtures, (and) minor roof repairs.”

Classen added that the district is following the historical accuracy of the building to return the exterior of the beach house to its original color palette.

Work on the staircase that leads to the Perlman Boating Beach will take a bit longer, according to officials. The target of the work is to “install a safe, structurally sound staircase,” Classen said, adding that the district is developing a long-term solution to improve stormwater issues affecting the staircase.

The boating beach is temporarily inaccessible via the staircase but Classen said officials are “working really fast” to complete the project and alleviate any inconvenience.

The park district’s plans to make repairs to the beach’s pier were derailed in 2020 because of the COVID-19 pandemic but are now back on track.

Per Classen, the district retained an engineering firm that specializes in coastal projects to further develop ways to replace the pier’s old decking. Officials plan to install a new concrete surface and railings in the fall — after the end of the 2021 beach season.

High water levels in 2019 decimated the pier’s decking, making repairs to it a top priority for the district.

Additional master plan projects are still on the docket at Glencoe Beach but the board of commissioners has not yet determined what will be completed next.

Construction costs are projected to be $1.3 million but will not be finalized until all the work is complete, Classen said.

Projects included in that total are the Hazel Avenue Overlook, the boating beach staircase and the exterior tuck-pointing of the Safran Beach House. Work on a retaining wall near the beach water plant access ramp is also included.