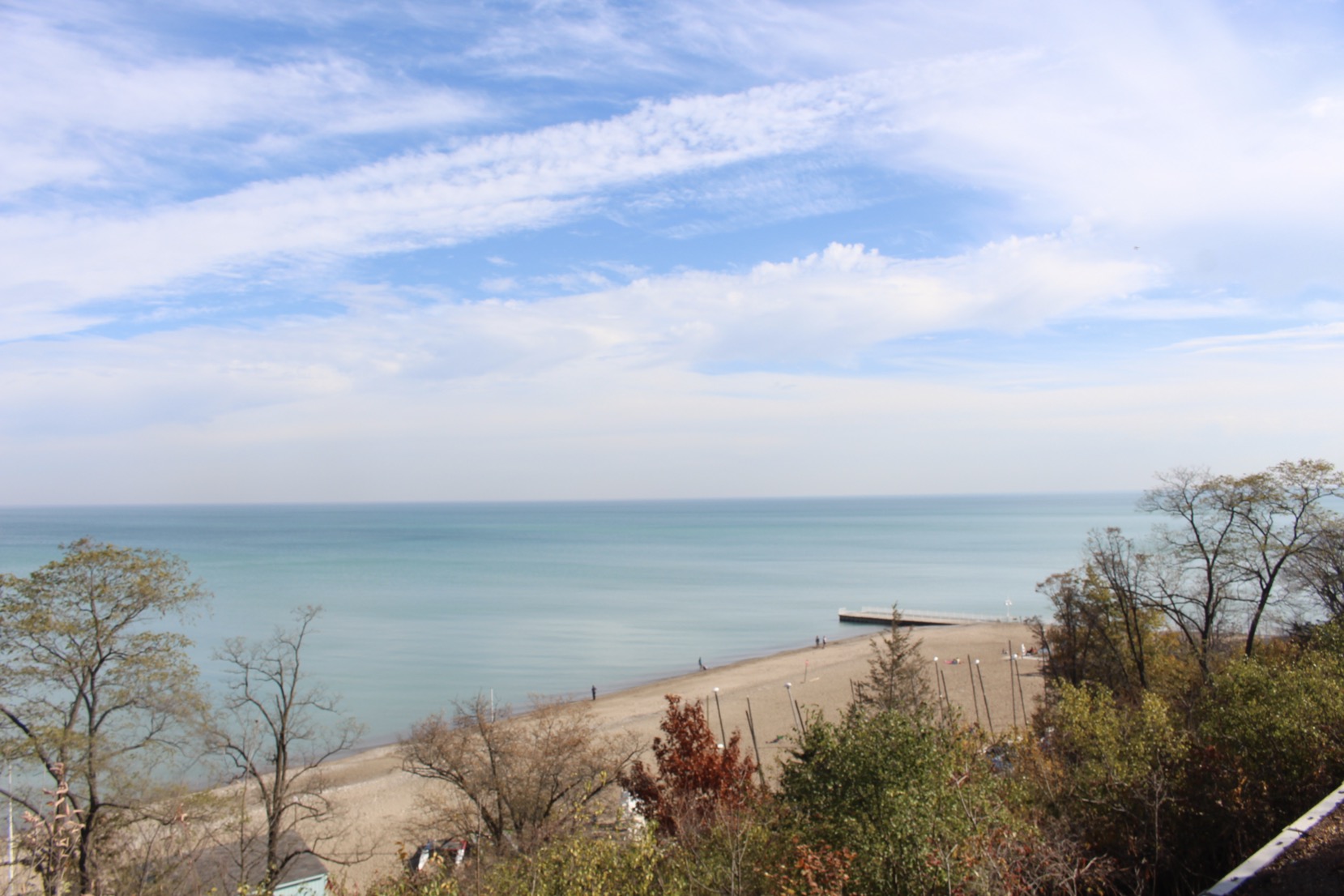 Repairs have wrapped up on the Schuman Overlook, allowing locals to have a viewpoint of Glencoe Beach from nearby Park Avenue. | Photos courtesy of the Glencoe Park District

Beachgoers in Glencoe now have an easier time setting their eyes on one the village’s beloved prizes.

Repairs recently wrapped up on the Schuman Overlook, allowing locals to a viewpoint of Glencoe Beach from nearby Park Avenue.

“Construction went as expected,” said Erin Classen, Glencoe Park District superintendent of marketing and communications said. “Crews were able to make restorations to make sure the wall stays safe, it doesn’t erode, and it was done in a timely manner. We’re very pleased.”

The goal of the project was to repair the existing wall, which includes the Schuman Overlook, and leads from Park Avenue down to the beach.

Renovations at the site were recommended after a 2018 engineering assessment, according to Classen, that looked at “a number of things in Lakefront Park,” as well as Glencoe Beach, retaining walls, the Halfway House, the Schuman Overlook and the Safran beach house.

“They made a number of recommendations for a three-to-five year period to maximize the lifespan of the amenities,” Classen said, adding that the Halfway House structure was restored last year.

Classen said that “while (the park district’s) records are not complete,” they believe the overlook was built in the 1920s. With the recent construction, the repairs are expected to last another 50 years.

In 2020, the park district prioritized repairs to the Schuman Overlook and the strengthening of its foundation.

The project cost $202,026 with $173,951 of the total coming from surplus park district funds that were transferred to the district’s capital budget.

Classen said the total was from operating funds, and the Schuman Overlook was not the sole beneficiary of those funds. The remaining $28,075 came from Village of Glencoe funds.

“The overlook is both of our properties,” Classen said of the funds being provided by both the park district and Village.

In addition to the repairs, further components of the project included erosion-resistant landscaping on the Park Avenue bluff in front of the overlook, the removal and replacement of 25 feet of retaining wall on the ramp that leads from Park Avenue to the beachl, and new benches along both the Schuman Overlook and the Hazel Avenue Overlook.

According to the park district’s website, the benches will feature new donation plaques that will honor the legacy donors from the previous benches that were on the two separate overlooks.

The Stanton Schuman Overlook was dedicated on July 4, 1991, in honor of longtime Glencoe resident Stanton Schuman, who died in 2007. Schuman was a scoutmaster in Glencoe, as well as the former president of the park district, according to his obituary.