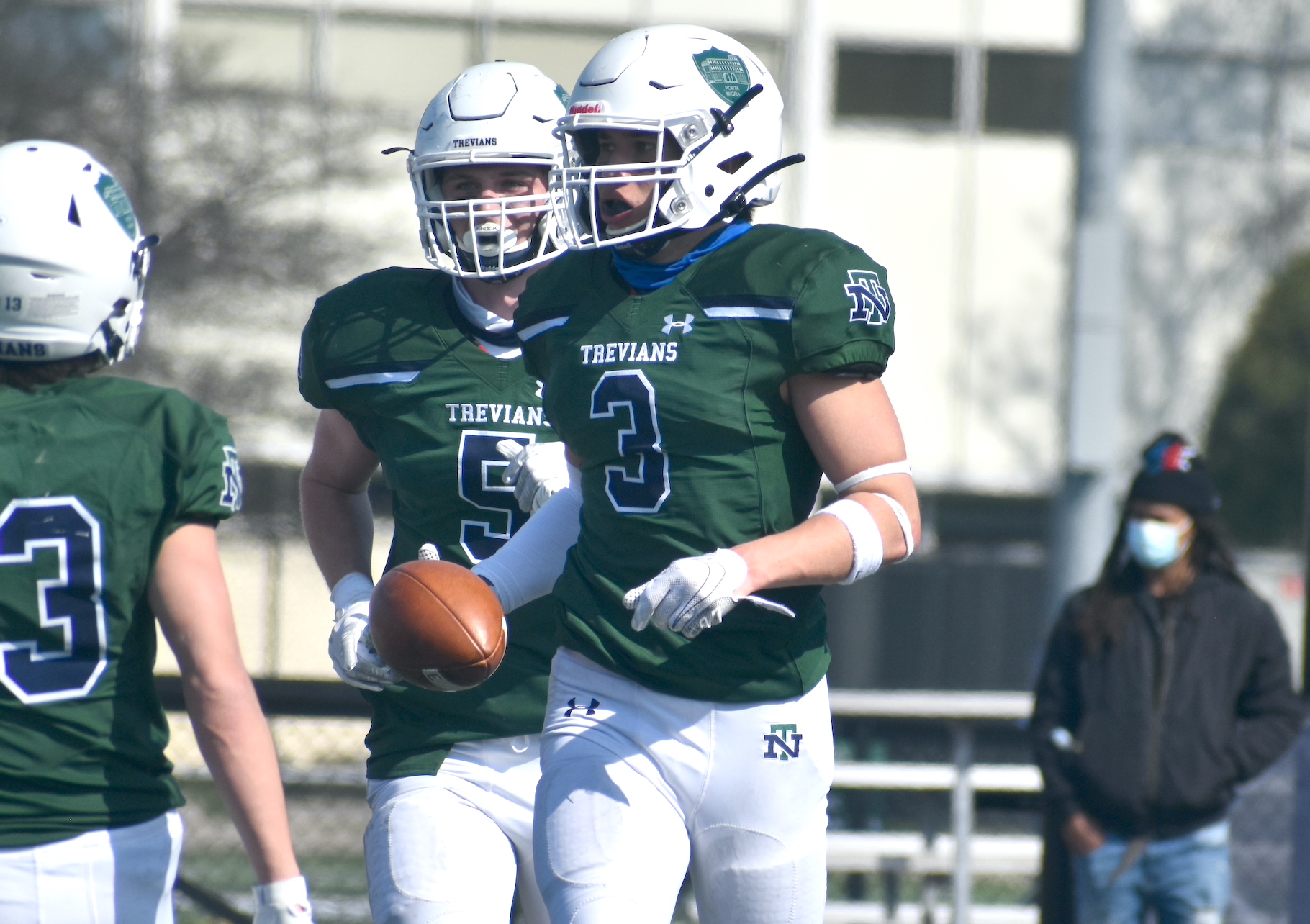 Max Dancey is a senior outside linebacker for the Trevians who made a key interception in the team’s rivalry win over Evanston April 3.

Before a game, I get really locked in and focused. I also try to eat Skittles before every game; it gives me a nice boost of energy.

Next year I’m going to Bowdoin College on the East Coast in Maine. I’m playing football there. It was one of the only schools that offered me. It’s a really smart, academic school. They have a new head coach this year, and it seems like he could really run a great program.

Playing Xbox and basketball. That’s how I spend a lot of my free time.

It would definitely be basketball. I chose to play football over basketball, but I love both of them.

5. Who is your favorite athlete?

Back when I used to play basketball, Kobe Bryant was my favorite athlete. He had an amazing work ethic. Everybody loved Kobe. My favorite football player is probably Kam Chancellor (safety, Seattle Seahawks). He’s retired, but he’s like the hardest hitter I’ve ever seen. I thought he was really sick.

6. What would be your dream job?

My dream job would just be playing football forever. When it comes to actual careers, I haven’t figured that stuff out yet.

9. How has this season been different?

This season definitely felt different. The weather is better, but we only have six games with no playoffs. So usually our goal would be to win games in the playoffs. But now we want to beat every team that we play as best as we can. … Also, I’m much more appreciative of the season, especially since we didn’t even know if we’d have a season. It’s making me a lot more grateful.

10. How are you feeling about the team halfway through the season?

I feel really good about our team. Everyone works really hard. We have a great mentality. I’m just excited to see what else this team is capable of.