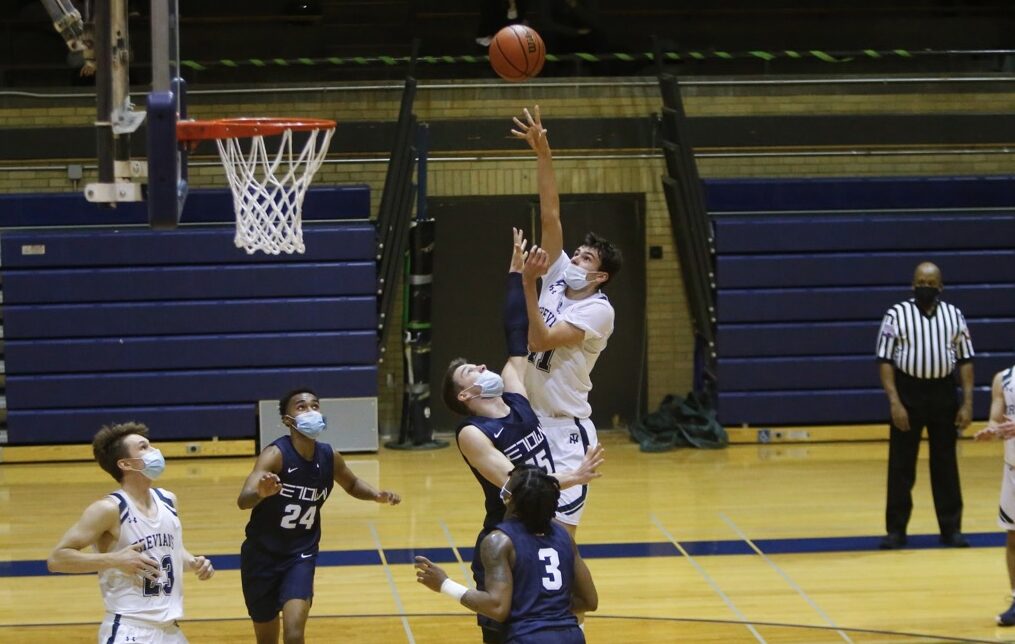 Scott Fricke had a defensive plan for his team’s first 2021 matchup with Evanston.

The Trevians boys basketball team was going to make sure the Wildkits didn’t beat them off the dribble, and if the ‘Kits made some 3-pointers, the Trevs would live with it.

And live with it, they will.

“If all five of their guys are shooting threes like that, they’re tough to beat,” Fricke said. “We needed one of those guys to miss a shot, and they didn’t.”

RELATED: View a photo gallery from the game here

After the teams traded points, Evanston’s Isaiah Holden and Elijah Bull connected on back-to-back triples to put the game away.

“It’s tough to guard that team when they’re all hitting threes,” Fricke said.

The Trevians started the game strong as both teams battled it out at the rim.

New Trier led 16-9 after the first quarter and kept up its pace in the second quarter to head into halftime with a 30-22 lead.

After New Trier’s Jackson Munro made a pair of free throws to make it a 10-point game, Peters hit a 3-pointer from the corner and followed it with another one even though a New Trier player got a hand on the ball.

The Evanston senior then picked up a steal and score to finish a personal 8-0 run.

Evanston fought back to tie the game at 32 midway through the third quarter and held a 42-39 lead with a few seconds left when Munro rebounded a missed shot, dribbled once and heaved the ball three-fourths of the court away from the basket to make a buzzer-beating three.

“I can’t believe I made it,” said Munro, who had a career night with 23 points. “It reminded me of that shot Blake Peters hit four years ago against Maine South.”

After scoring 6 points in the first half, Munro became more physical in the paint, sealing Evanston defenders to leverage his height advantage.

Peters finished with 18 points while Bull scored 14 and Holden added 10. Jake Fiegen scored 10 for the Trevians.

The two teams won’t have much time to think about the game. They play against each other Saturday afternoon in Evanston where New Trier hopes to take advantage of what they learned in their first matchup.

New Trier still has a chance at a Central Suburban League South title if it defeats Evanston on Saturday and Glenbrook South on Monday — both teams with one loss in the conference. New Trier has two CSL losses.

With only a week left in the season, the Trevians are excited for the challenge of playing for a division title and getting a chance to play one last week of basketball in an unusual season.