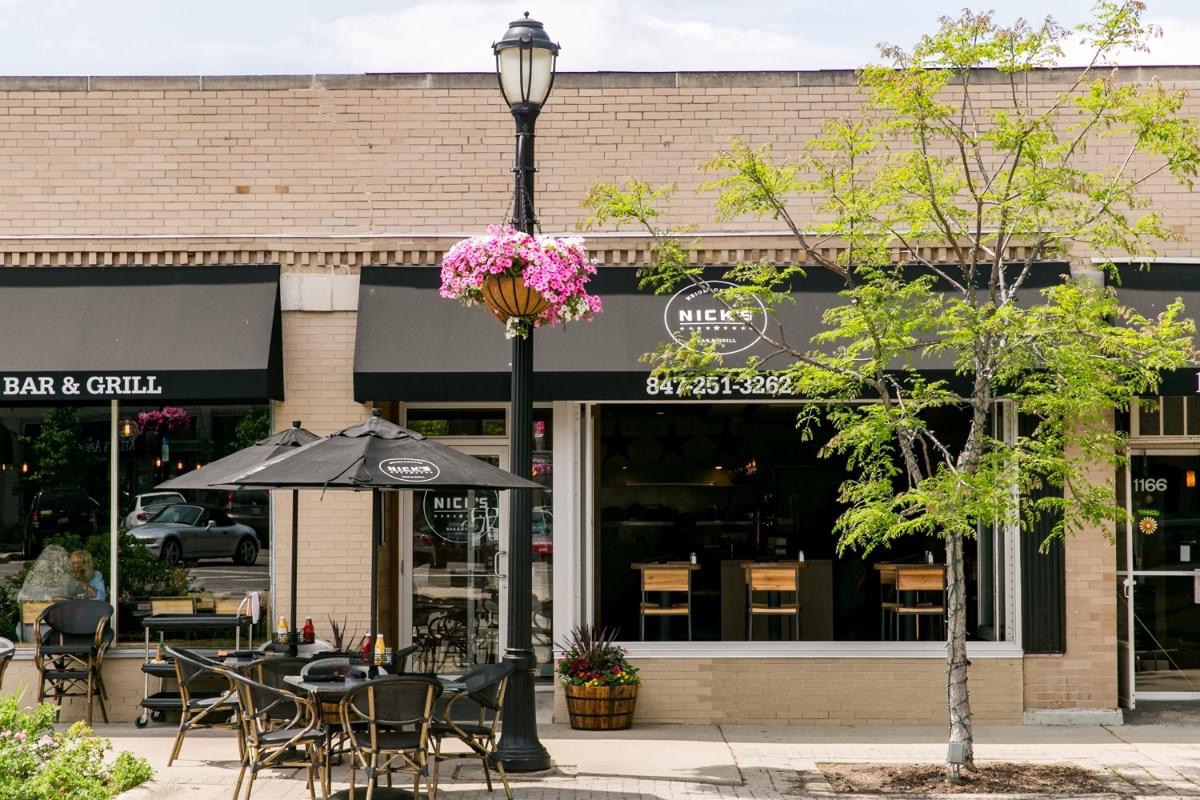 Nick's opened in downtown Wilmette in 2013, helping ignite a dining resurgence for the area. | Photo Submitted

Not only was that accomplished, but Nick’s Neighborhood Bar & Grill helped set in motion a restaurant renaissance in downtown Wilmette that has turned Central and Wilmette avenues into a dining destination.

“When we opened, there were very limited options,” said Jen Marino, co-owner of Nick’s, along with eight other Wilmette families. “We have received a lot of messages over the last 12 hours talking about the role we played in revitalizing downtown. … No words can quite sum that up. I am so grateful we were able to do what we did. This is a really cool restaurant community. It’s so fun.”

Nick’s completed its sale this week to Wilmette resident Michael Clarke, an experienced restaurant consultant who has been looking for the right space for his own concept for months.

Nick’s closed for good on Thursday, Oct. 15, and Clarke hopes his new concept — a Texas-style barbecue spot called Pit and Tap — will open by March.

When Nick’s opened in 2013, in a rejuvenated space previously occupied by longtime locals bar C.J. Arthur’s, downtown Wilmette’s dining scene looked much different. While mainstays The Noodle and Depot Neuvo (both owned by Rob and Ann Garrison) and Hotcakes (Carla Connett) had stood the test of time, other eateries like Gilson’s, Big Black Dog, The Avenue and Wilmette Chop House came and went.

In the wake of Nick’s opening, Valley Lodge — with an original location in Glenview — put down its reputable roots on the southwest corner of Wilmette and Central. Then came, Napolita Pizzeria and Wine Bar, Torino Ramen, Lefty’s Pizza and, most recently, Pescadero in 2019 and Sofia Steak earlier this year.

Marino’s biggest point of pride, though, was the little turnover among the restaurant’s staff.

“That is one of my proudest accomplishments,” Marino said of the minimal turnover, “and it was the hardest part of this decision. Our team is so incredibly unique. … They made Nick’s the special place it was.”

Like most restaurants and small businesses, the pandemic-caused shutdown and ensuing months were not easy on Nick’s.

Marino said the community’s support during the difficult time allowed the restaurant to continue service, but winter was looming and an offer was on the table.

“The prospect of heading into winter as (COVID-19) numbers continue to increase and concerns of increased dining restrictions was a very real thing.”

It then became serendipitous that one beautiful summer day Michael Clarke walked by the open windows of Nick’s and had a chat with Marino.

During the conversation, Marino sarcastically asked something along the lines of, “Why, are you looking to buy a restaurant?” He unsarcastically said, “Actually, yes I am.”

Clarke, who has lived in Wilmette five years, had been searching for a place to open his barbecue concept, but nothing was quite like Nick’s, he said. So when he found out Marino and company would listen to an offer, he made one.

The circumstances being what they were, Nick’s ownership pulled the trigger.

“We were local people coming together to … create a go-to spot in their own neighborhood,” Marino said. “The fact that Michael lives and works in the community, it felt like a genuine passing of the baton.

“Certainly coming off the shutdown and heading into fall and winter, it would be silly not to pursue a conversation and ultimately, it felt like the right time and opportunity.”