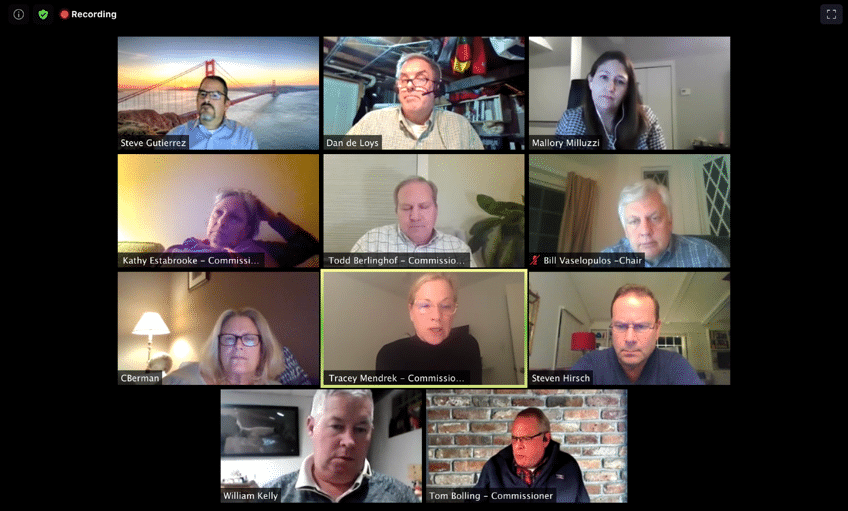 The legal sale of adult-use cannabis in the Village of Northfield took another step forward Monday, Jan. 4, following a series of recommendations from the Planning and Zoning Commission.

Commissioners endorsed two motions that recommend the Village Board approve text amendments to the village code.

The first approved motion recommends changes related to adult-use cannabis facilities, and commissioners approved the motion as it was presented to them, meaning no changes from the village-staff-prepared ordinance were included.

The measure relates to which portions of the village adult-use cannabis dispensaries could be permitted, if ultimately approved by the Village Board.

Previously, village trustees signaled support for only allowing the dispensaries in the village’s B-1 (Waukegan Road) and O/R (Frontage Road and Central Avenue Corridor) zoning districts. Commissioners agreed with the board’s assessment, determining these districts are the most feasible options.

The second approved motion relates to business regulations, as commissioners recommended that any dispensary must be 500 feet from schools, churches, places of worship, parks and daycare facilities.

This motion also includes operating hours, which are limited to 6 a.m. to 10 p.m. under the amendment; however, the commission stated hours will be addressed individually and on a case-by-case basis if a dispensary application is received.

Both motions were approved 7-2 with Commissioners Thomas Bolling and Bill Kelly dissenting in both votes.

Bolling expressed hesitation on the recommended hours, opining that 6 a.m. was too early. He also questioned whether the use fits into the village’s comprehensive plan, saying that’s where “he gets mixed up.”

“Does Northfield want to be a place where we … make this moral question?” he asked.

Several commissioners expressed that while they don’t necessarily agree with the “morality” of adult-use cannabis facilities in Northfield, the commission should offer recommendations that would make the village an attractive option to such facilities.

“If the purpose of this is to try and create tax for Northfield, then you want it to be successful.”

Berlinghof also stated his belief that the topic should be considered by this board from a planning and zoning perspective.

“ … If we’re going to take this marijunana distributor in this village, where a lot of people may not want it, and then throw it in a location where’s it’s not going to be as successful as it could be, you would take the pain without the pleasure of getting a lot more taxes.”

Commissioner Tracey Mendrek agreed with Berlinghof’s assertions, saying significant restrictions would be “a little bit of shutting the gate after the horse has left the barn.”

“It’s legal and it’s a mile and a half away if (people want it),” he said. “It’s available. This is more a revenue question. Do we want to go after tax revenue? We can restrict it but as (Commissioner Berlinghof) said, we have to make it attractive.”

Commissioners devoted a significant amount of time to considering what locations could work under the limitations of the B-1 and O/R zoning districts, targeting locations on Waukegan Road and one storefront on Frontage Road.

The commission’s consideration on the matter comes after Northfield’s Village Board signaled preliminary support for allowing dispensaries.

In mid-October, the majority of village trustees expressed a “complete 180” on the topic during an initial discussion at a regular board meeting, In 2019, Northfield officials voted to prohibit all cannabis establishments in the village.

The recommendations from the commission are slated for consideration when the Village Board discusses, and potentially votes on, the sale of cannabis in Northfield. The next meeting of the board is scheduled for Tuesday, Jan. 19.