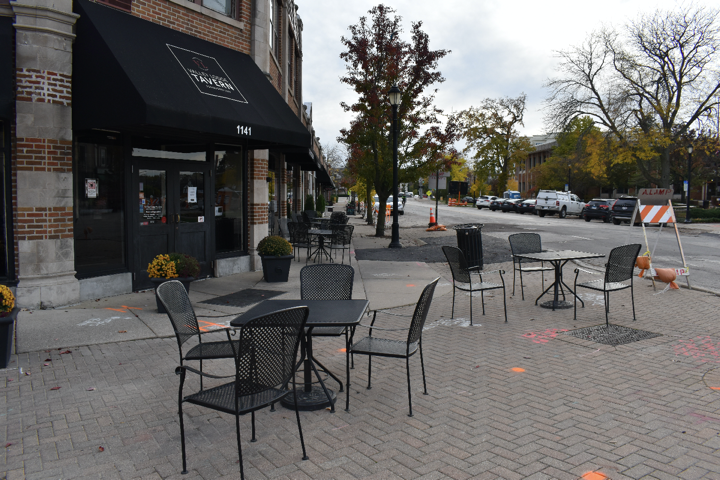 Wilmette's Valley Lodge Tavern is one of 12 businesses to receive funds from the village under the second rollout of its sales-tax rebate program, which specifically targeted local restaurants. | Joe Coughlin/The Record North Shore

In just over a month’s time, a dozen Wilmette restaurants have collectively received more than $80,000 in funding from the village.

Wilmette’s Village Board approved a second round of economic relief grants during its Tuesday, Dec. 22 meeting. The payments are part of a second rollout of the village’s sales-tax grant program, which originally debuted in the early stages of the COVID-19 pandemic.

“We’re really excited by (this second phase of grants); it was well received the first time around,” Wilmette Village Manager Michael Braiman said. “ … We’re glad to do anything that we can to try and help through the winter months.”

Village officials determined close to three dozen businesses were eligible to apply for this round of funding. Braiman told The Record that the program will remain open as long as the current mitigations from the governor are in place. He also said the village is anticipating more restaurants will soon apply.

“We’re going to do some more coordinated outreach to make sure that each of the restaurants are aware of the program and have the opportunity to get those grant funds,” he said. “We want to get the money out the door and into these restaurants’ hands to keep them open and pay their employees.”

In mid-April, officials greenlighted an extension of the program to service-based businesses for an additional $156,000.

Prior to approval of the restaurant grants, the village had distributed $276,365, according to village documents, leaving approximately $254,635 for additional funding opportunities.

The grant programs are funded by the village’s General Fund reserves, according to village documents.

If additional funding still remains in the approved earmarked amount, another phase of the program is a possibility, village officials said.

“Once we get through this holiday season and this second (phase) of restaurant grants, we’ll take a look at the needs of the business community and see if there’s other opportunities to help folks out,” Braiman said.