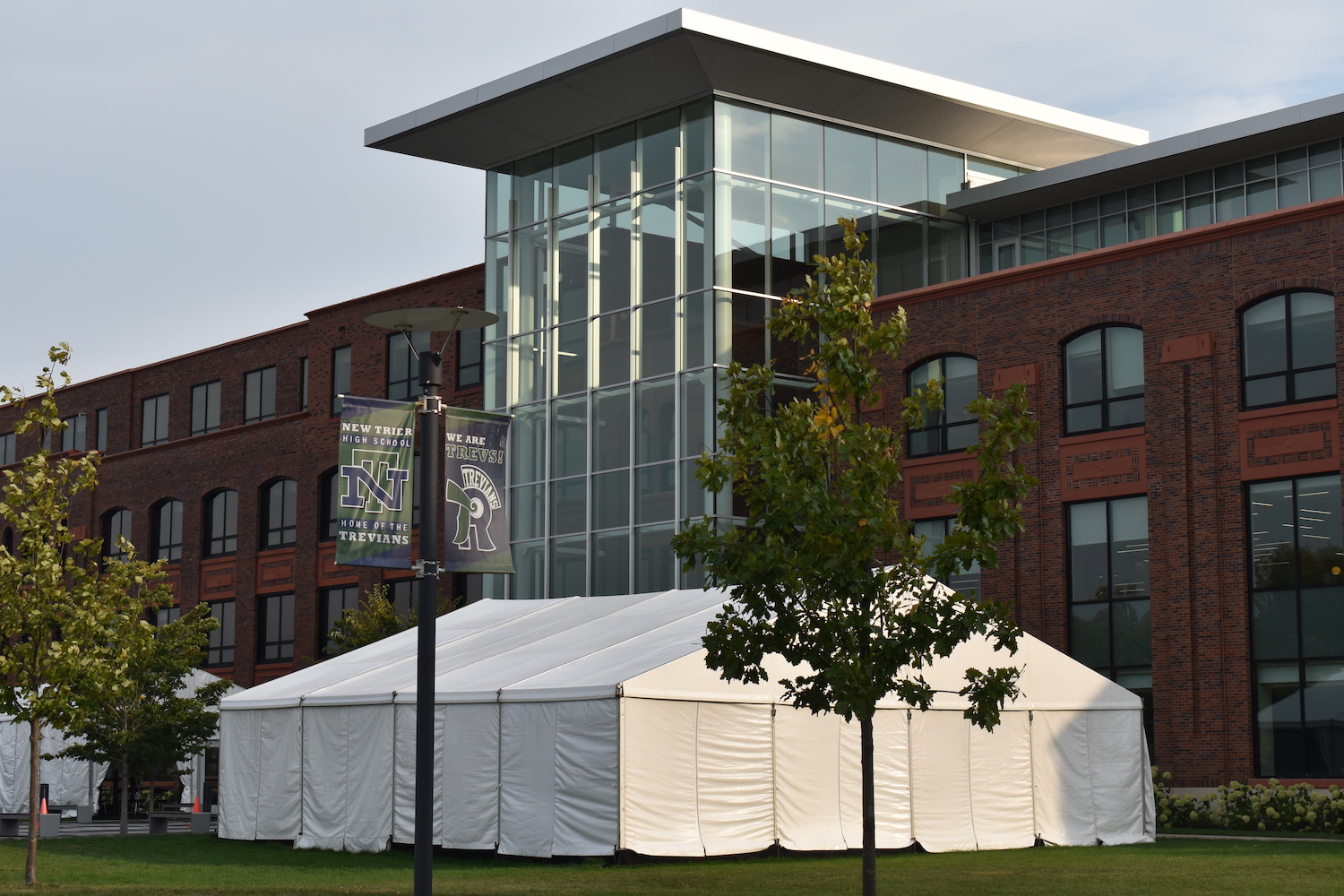 Dozens, and potentially hundreds, of New Trier High School parents and students will unite Saturday, Nov. 14, for a rally and news conference advocating for an everyday, in-class-learning option.

The rally, hosted by advocacy group Open New Trier that comprises township parents and community members, will be held at 10 a.m. at New Trier’s Northfield campus.

“The key is to show the administration, the teacher’s union and the board that there’s a bunch of families that want (another) option,” said Ted Dabrowski, one of Open New Trier’s founding members. “It’s not a political meeting. We want to be civil, safe and responsible. But it’s difficult for parents to show (their feelings.) So we’re just hoping to bring families together.”

The rally comes the same week as New Trier students returned from a four-week hiatus to the classroom under the district’s hybrid model.

The board of education approved the return mainly because of the initiation of a COVID-19 screening program that caught 15 probably COVID cases in its first week, according to the district’s dashboard.

While members of Open New Trier adamantly support a return to in-person learning, other portions of the New Trier community are against it.

The New Trier High School Education Association criticized the board’s decision to return to school, falling in line with many teachers groups across the state associated with districts moving forward with in-person instruction, as previously reported by The Record.

“Remote learning is the safest at this point, given the rapidly rising COVID numbers in the county, region and state,” Jen McDonough, the NTHSEA’s president, previously told The Record.

COVID-19 numbers for New Trier Township have been climbing for more than a month. The area’s positivity rate (a rolling seven-day average) hit 11.1 percent on Nov. 10, while the new cases per 100,000 people (also a seven-day average) is 375.6. Both numbers are highs since New Trier began tracking them.

Open New Trier will push for several issues during the rally, according to Dabrowski, who described the purpose of the rally as “three-pronged.”

He said the No. 1 purpose is to advocate for half-a-day, everyday in-person learning, which the group believes is more effective than the current 25 percent hybrid model.

Under the hybrid model — which the district’s board of education approved Nov. 4 and allowed students to start returning Nov. 10 — students have in-person learning approximately four days a month.

Nearby schools, such as Loyola Academy, Lake Forest High School, and Glenbrook North and South, have maintained in-person learning under a 50 percent model.

“It is less disruptive to their schedule and to families’ schedules,” Dizon said of full-day instruction, which she added also pairs well with the new COVID screening program.

The second priority is for teachers retuning to the classroom to provide in-person instruction, Dabrowski said. Fellow Open New Trier co-founder Eric Hungness stressed the group’s belief in the value of having in-person teacher instruction.

“(New Trier’s) teachers are great. We really want them in school,” he said. “We want the kids in school. Obviously, we want that done safely and we’re not trying to force anyone into school that doesn’t want to be there or can’t be there for health or other reasons. We just want a choice. We want that choice for our kids.”

Dizon said currently 25 percent of New Trier staff work remotely full-time. Staff members needed to apply for such accommodations, and those with health considerations and, in some cases, childcare conflicts were approved.

The third hope relies on responsibility and is for a potential return to the classroom that is done in a safe manner.

“We want to do this responsibly,” Dabrowski said. “We want to make sure that everyone who wants that online-only option has it and gets it. That’s important and we want things to be done safely.”

Dabrowski and Hungness both said they don’t have a precise turnout expectation for the rally but that they do anticipate a good crowd that could reach hundreds. The group reportedly has more than 400 members.

Those interested in joining can register at opennewtrier.org, but doing so is not a requirement to participate.

“It’s going to be just a group of passionate parents and students coming together to show our community and New Trier that we are really serious and passionate about this,” said Hungess, who is a surgeon with Northwestern Medical Group. “We really feel that the current hybrid 25 percent model, which is essentially four days a month, is just not adequate.

“Our students miss going to school. You’re going to hear students say how they just aren’t learning as well. Many students need that in-person social aspect to education to really learn. It’s going to be a safe rally; we’ll be wearing masks and social distancing. We’re going to have parents and some surprises.”

One of the planned surprises is radio personality and Wilmette resident Erich “Mancow” Muller, who will serve as the emcee. Muller is a parent of a New Trier student. Paul Vallas, the former CEO of Chicago Public Schools, will also be at the rally.

The board of education is scheduled to meet at 7 p.m. Monday, Nov. 16. An agenda for the meeting has not yet been made public.

The education association did not immediately returned messages from The Record.