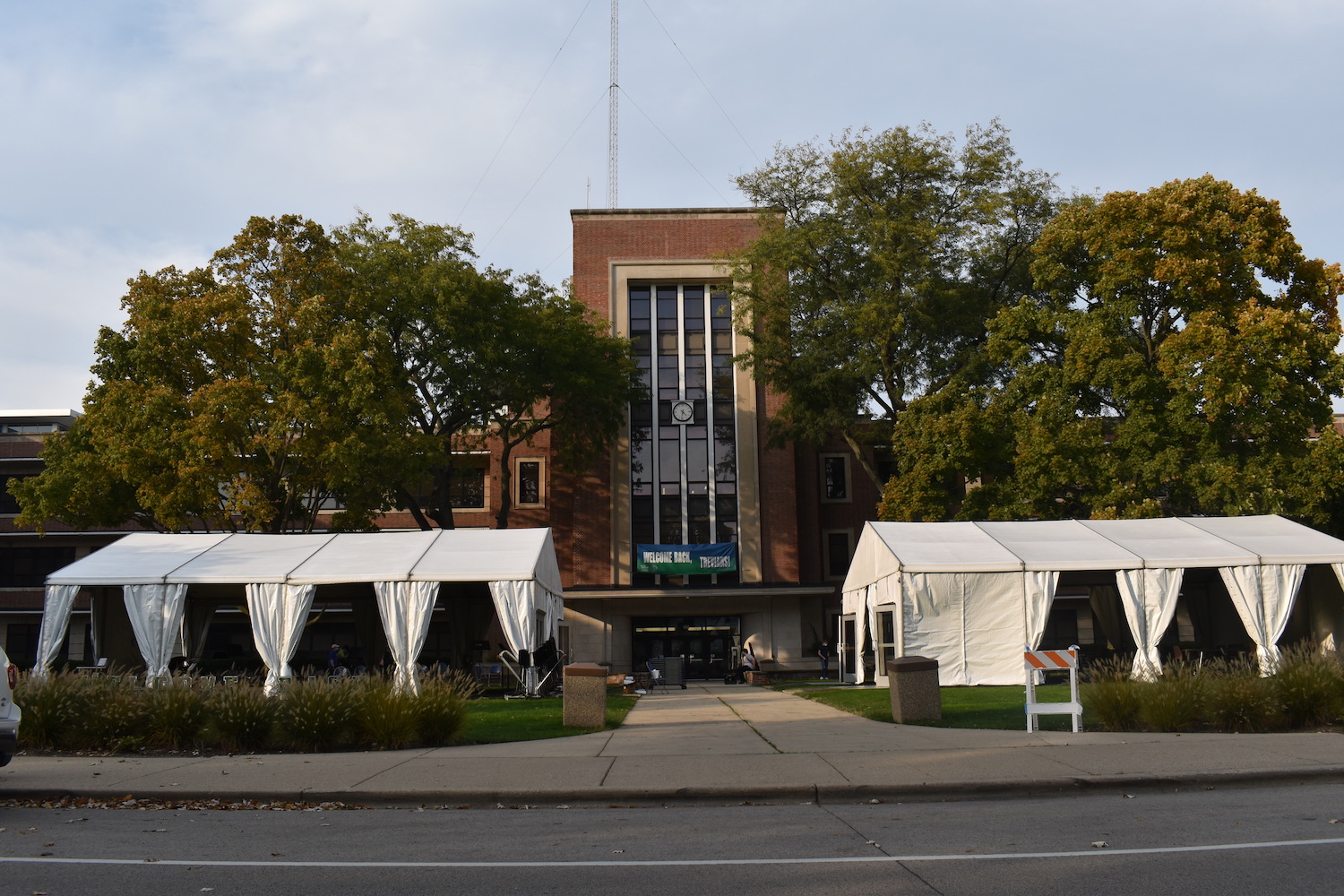 With just a 0.6 percent positivity rate in its first round of mass COVID-19 screening, New Trier High School welcomed back students and staff to in-person learning Tuesday, Nov. 10.

New Trier collected 912 saliva-based tests from students and staff members on Sunday and Monday, Nov. 8-9, and six samples — all from students — were presumptive positives for COVID-19, according to district officials.

More than 700 students returned to the classroom Tuesday under the school’s 25 percent hybrid model, said Niki Dizon, New Trier’s communications director. A quarter of the school’s population is actually 995 students; however, about 22 percent of that number, or 219 students, have opted for all-remote learning and the remaining missing students are either traveling, in quarantine or doing one-off remote learning, Dizon said.

A vast majority of individuals who are on New Trier’s campuses — above 95 percent of students and more than 75 percent of staff, Dizon said — were screened. The exact number of un-screened and on-campus students and staffers was not immediately available.

The district suspended in-person learning four weeks ago, starting Oct. 12, based on predetermined COVID-19 metrics. Thanks to the development of weekly screenings and a review of other area schools — such as Loyola Academy, Lake Forest High School, and Glenbrook North and South — that have maintained in-person instruction, the board decided Nov. 4 to return to school despite the metrics.

“In determining to come back at 25 percent hybrid, the board took into account that several other peer schools resumed in-person instruction, some at 50 percent, simply using operational mitigation — social distancing, masks and mask enforcement, enhanced cleaning,” Dizon said. ” … We have our screening program, which no other area schools have, that gives us an extra level of risk assessment.

“That all made the board comfortable in bringing students back to campus and ensuring safety of students and staff.”

The board’s decision came amid public scrutiny to reopen campuses. The ad hoc group Open New Trier, which reportedly has more than 400 members, has challenged the district to resume in-person learning and is planning a rally — called Half Day, Every Day — for this Saturday, Nov. 14.

The New Trier High School Education Association, however, is criticizing the board’s decision, falling in line with many teachers groups across the state associated with districts moving forward with in-person instruction.

The organization believes that the new screening program should not replace the district’s thresholds, which were set by the district and a Reopening Advisory Board before the school year.

“Remote learning is the safest at this point, given the rapidly rising COVID numbers in the county, region and state,” said Jen McDonough, the NTHSEA’s president.

McDonough added that the district needs to prioritize the “most vulnerable students” and that current education models are ineffective.

Staff feels there is a disconnect between what is said and what is being done by district decision-makers, a statement reads.

McDonough said the NTHSEA is exploring possible next steps with the Illinois Education Association, but would not elaborate on what those may be.

Prior to the school year, New Trier officials developed a Reopening Advisory Board tasked with building a restart plan.

The approved plan featured phases to the restart, and to move to the next phase, certain COVID-19 metrics had to be satisfied.

The metrics to move to the all-important Phase IV (hybrid instruction with 25 percent of students on campus) were met in early October; however, that did not last long.

It took four days for those metrics to surpass the threshold for Phase IV, and in-person learning was paused after Oct. 9.

Soon after, on Oct. 14, the district held a special meeting to approve a plan for optional, saliva-based COVID-19 screenings for students and staff. The program was piloted and debuted Nov. 8-10, with the distribution and collection of samples.

Students and staff members who either opted out or cleared the screenings returned to campuses Tuesday, Nov. 10.

COVID-19 numbers across the state have continued to rise. Based on a seven-day rolling average, as of Nov. 9, the positivity rate is double (10 percent) the threshold (5 percent) set by the Reopening Advisory Board before the school year, while the cases per 100,000 are up to 348.4, nearly five times the threshold of 70.

Twenty-six New Trier students and five staff members are positive for COVID-19, while a total of 79 students and 14 staffers are in quarantine, according to the district’s dashboard.