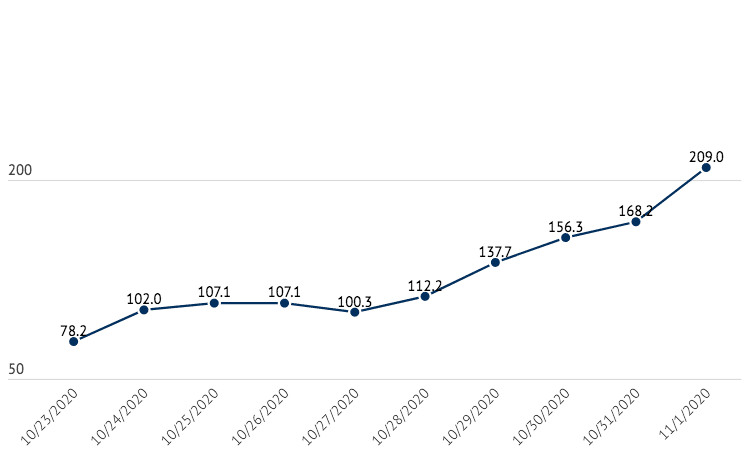 A chart on the New Trier High School COVID-19 dashboard shows the area has more than 200 new cases per week per 100,000 residents. | Courtesy of NTHS D203

COVID-19 rates in New Trier Township continue to climb as the pandemic enters its eighth month.

According to state and county data from Sunday, Nov. 1, the township jumped at least 15 percent overnight in two significant metrics: new cases per 100,000 residents and positivity rate.

New cases per 100,000 is calculated to allow for efficient comparisons between areas of differing populations while positivity rate is the number of new COVID-19 cases among a population divided by the number of COVID-19 tests administered within that same population.

The positivity rate has followed a similar trajectory, rising to 6.5 percent from 5.5 in a day and from 3.8 percent just one week ago.

The local numbers follow a statewide trend, though not to the lesser severity. Illinois’ positivity rate, also measured as a seven-day rolling average, has climbed to 8.2 percent as of Monday, Nov. 2. That number was 3.5 percent in early October.

In the state’s Region 10, which encompasses all of suburban Cook County, the rolling weekly positivity rate hit 10.1 percent on Oct. 30.

The uptick pushed Gov. J.B. Pritzker to increase restrictions across the state over the past two weeks.

The surge has also kept New Trier High Schools students out of the classroom, as NTHS officials follow thresholds determined prior to the school year.

In The Record’s coverage area of Wilmette, Winnetka, Kenilworth, Northfield and Glencoe, there have been 1,077 reported cases of COVID-19 this year, according to state data up to Monday, Nov. 2.

Wilmette, the largest of the five communities, has seen 469 cases, followed by Winnetka and Northfield (combined at 434), Glencoe (119) and Kenilworth (55).

According to the county medical examiner, 11 residents in The Record’s coverage area — seven in Wilmette — have died with COVID-19 listed as a primary or secondary cause of death. All 11 individuals have been above 60 years old and 10 of the 11 above 70. The latest COVID-related death in the township was an 89-year-old woman from Northfield on Oct. 24.

Comparatively, fifty-two Glenview residents and 43 from Northbrook have died from COVID-19. Two of the individuals who died in Northbrook were men under the age of 50 — one was 49 and one was 33.

Donations by the carload Make a Difference for 15 charities

By Alexa Burnell | 17 hours ago 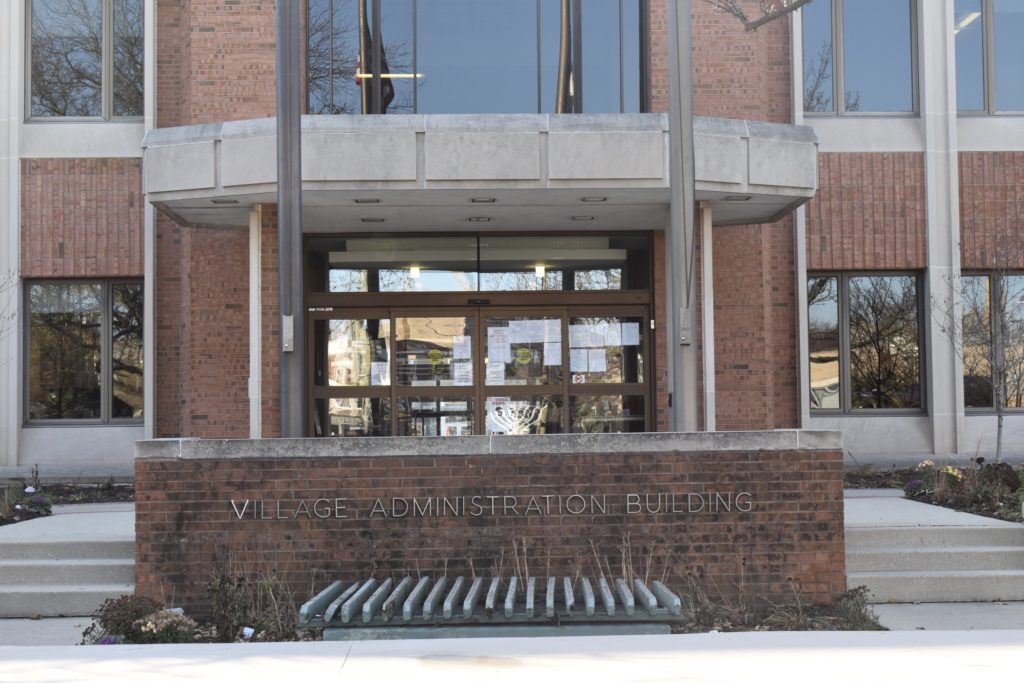