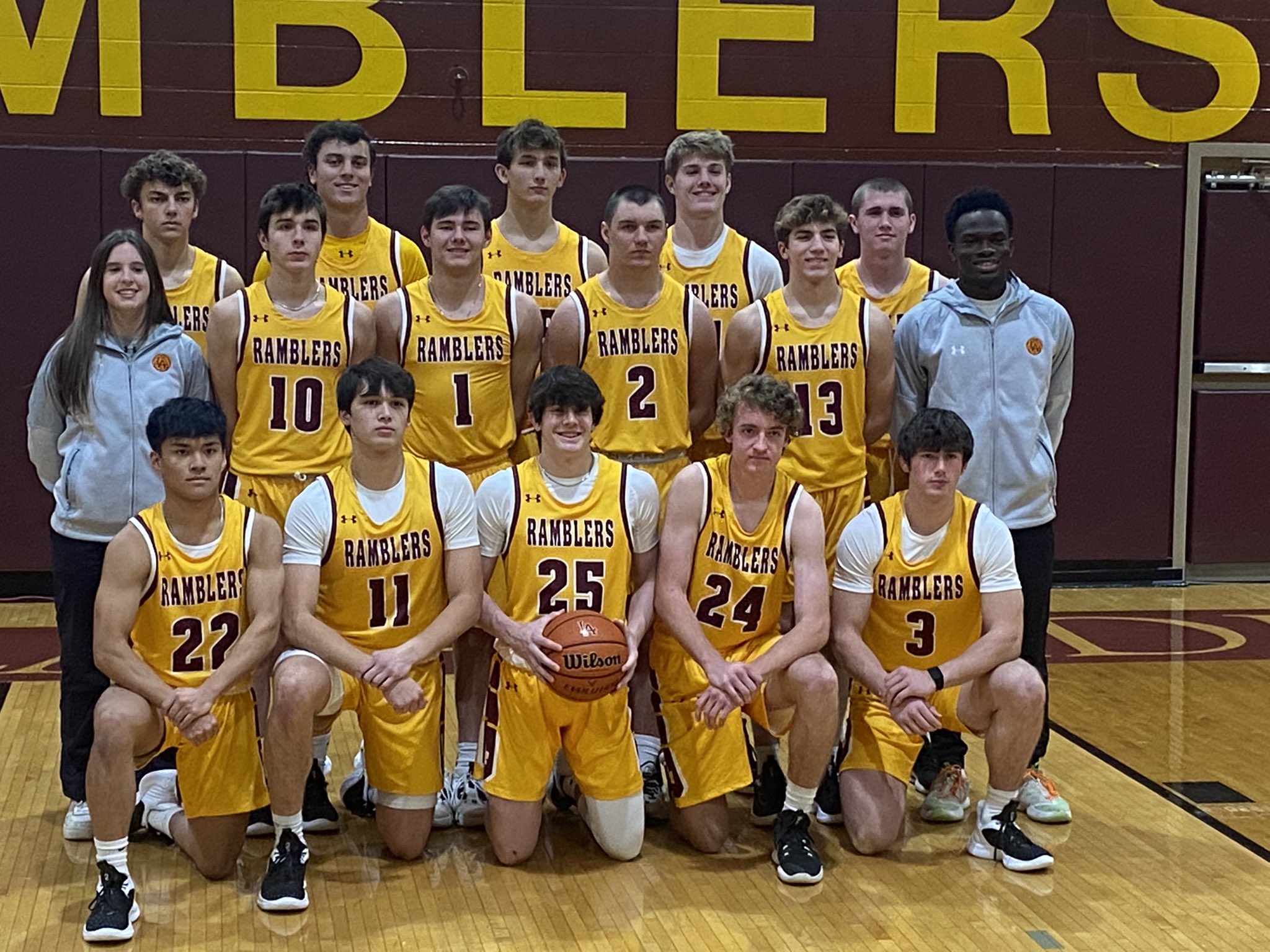 Andrew Hollerich scored five points for Loyola Academy on Friday night, all in the first 10 minutes of the Chicago Catholic League Blue game at Brother Rice.

But that doesn’t mean the 6-foot-1 junior didn’t affect the game in a big way.

He did, because for the Ramblers it’s always less about scoring and more about preventing the opponent from doing so. Hollerich had the big task of guarding Rice’s best player, Niagara signee Ahmad Henderson, and his success in doing so played a big role in Loyola’s 50-47 win.

Henderson finished with a team-high 15 points, including the Crusaders’ last five in the game’s final 18 seconds. But his off-balance three-pointer was off the mark with 0.5 seconds left, allowing the Ramblers (18-5, 7-1 Catholic Blue) to escape with their 11th win in 12 games.

“It just gets us going,” fellow junior Miles Boland said of Hollerich’s defensive effort. “He gets us fired up; he plays with a lot of emotion. We get a lot of momentum from our defense.”

That’s always the plan for the Ramblers, who are more comfortable keeping the score in the 30s than the 50s. On Friday, they trailed 15-11 after the first quarter but allowed only 32 points the rest of the way.

Hollerich was a big part of that, helping to limit Henderson to six points in the first three quarters.

“He’s a pretty good player,” Hollerich said. “He’s a lot quicker than I was. But I just tried to stay in front of him all game and get the job done.”

“He’s a tough kid,” Livatino said of Hollerich, who also is a wide receiver for the Ramblers’ Class 8A football state champs. “He’s just rounding into shape after the holidays. He did a really good job.

“(Henderson’s) a phenomenal player — I mean, a great player.”

Besides transitioning from the gridiron to the basketball court, Hollerich is adjusting to playing varsity basketball.

It helps that his motor is always running, something Hollerich credits to Livatino: “He conditions the hell out of us. So that really helps.”

Something else that helped on Friday was Boland’s aggressive approach on offense. He scored Loyola’s first seven points and finished with a game-high 24.

“Miles carried us in the first half,” Livatino said. “He’s the most slept-on junior in Illinois. That dude is special. And this team is playing pretty good basketball.

“We’re trending toward playing Loyola defense. We’re not there yet. But we’re getting there.”

Winning on the road against Rice (19-3, 6-2) — which came in on a seven-game win streak — was clearly a step in the right direction.

“It felt great, especially being the underdog,” Boland said.