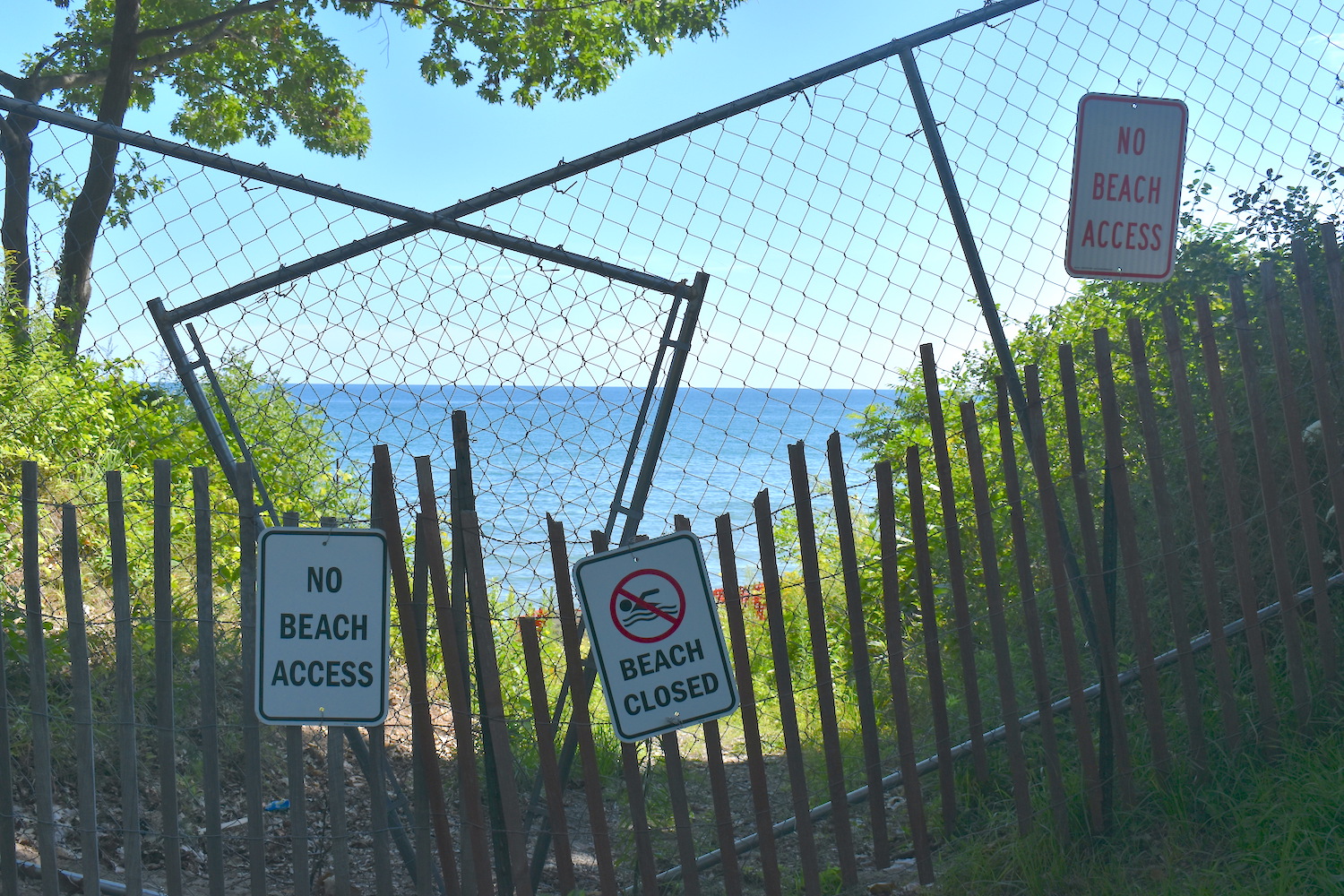 Access to Langdon Beach in Wilmette has been cut off since 2019. | The Record File Photo

With a goal of having Langdon Beach open for at least part of the 2023 season, the Wilmette Park Board directed staff to prepare a plan that will allow access and stabilize the eroded and closed beach.

No vote was taken, but the majority of the commissioners on Monday, Jan. 9, voiced support for a plan that will create a hard-surface walking path and a staircase.

In 2022, commissioners indicated they were interested in moving forward with a different plan that would have created an ADA-compliant slope, but in August, that plan was taken off the table following feedback from residents and commissioners.

At Monday’s meeting, most of the commissioners praised the concept for the path and staircase, which was one of three options narrowed down from discussions during an October 2022 Committee of the Whole meeting.

Commissioner Patrick Duffy said the multiple entrypoints was a main reason he supported the plan.

“If you’re going to the beach, do you want to walk in at one end in order to get to the other end?” he asked. “Wouldn’t it be more convenient to have a more central access?”

The concept that includes both a path and stairs will provide “the opportunity to cut across the top of the revetment and get towards the center of the beach,” which he called “preferable to me.”

Commissioner Allison Frazier was the only commissioner who voiced support for the plan that did not include the stairs.

“I prefer the path because I think the steps are just too steep,” Frazier said, adding that she was leaning toward a “less is more” approach. She, however, added that she was open to the concept that included both the stairs and the path.

Langdon Beach, located at Sheridan Road and Chestnut Avenue, has been closed indefinitely since 2019 after stormwater eroded the beach and bluff and shrank a 10-foot-wide path down to 3 feet.

SmithGroup, which has been tasked with designing a solution, will return to the Park Board with final concepts, at which point commissioners will review the proposal and vote.

One of the initial plans had work on Langdon beginning after Labor Day, but after commissioners learned that construction could begin as soon as May and be completed by September, commissioners voiced support for starting as soon as possible.

Board President Mike Murdock said he preferred waiting to start the work until later, while providing temporary beach access to allow Langdon to reopen in the spring and summer.

“At the end of the day, if there’s a way that we could have access through the spring and the summer and then start construction in the fall, to me, that would be ideal,” he said.

But Mark Wagstaff, principal with SmithGroup, said developing temporary access would be a challenge, and other Park Board commissioners said they would rather focus on the permanent solution.