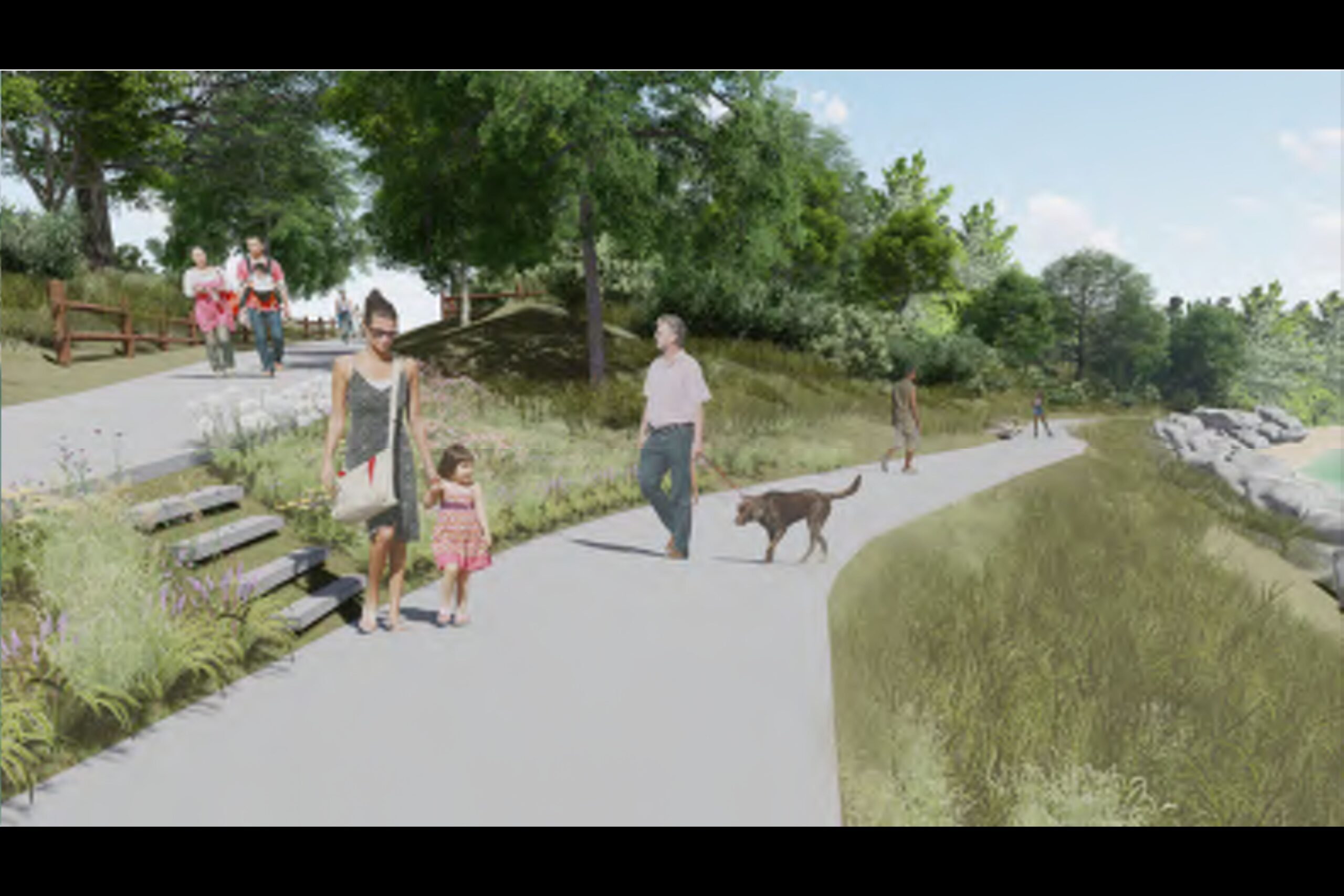 A plan to add a 500-foot walking path and more to Langdon Beach was walked back by Wilmette park commissioners.

Plans to renovate and protect the Langdon Beach shoreline are going backward following park commissioner and resident feedback at the Wilmette Park Board meeting on Monday night.

The project was set to enter the bidding and permitting phase; however, commissioners sent engineering firm SmithGroup back to the drawing board with less-elaborate ideas.

Three concepts were presented to the board in January, when commissioners decided to move forward with Concept C, which included an ADA-compliant slope, a viewing platform with stairs to access the beach and a long concrete walkway.

But on Monday, Aug. 8, commissioners walked that back.

At the meeting, both residents and commissioners expressed their concerns that the chosen concept would be too unnatural for the area and more could be done with less.

“I think some of the things I’m seeing and hearing today are going to destroy what we have as a valuable asset, which we don’t really respect when I see pads and cement and stairs,” said resident Dean Lindsay, who lives near Langdon.

Langdon Beach, which is connected to Langdon Park at Sheridan Road and Chestnut Avenue, opened to the public in 2007, but over time, Lake Michigan’s rising water levels and local stormwater eroded the beach and bluff at the site.

In 2018, the park district created a 10-foot-wide path down the dune in order to keep the beach open; however, erosion continued and shrank the path down to 3 feet. Access to the beach was restricted indefinitely in 2019.

After record-highs in 2020, the water levels began to recede, leading the park district to consider ways to safely restore beach access by fortifying the bluff and adding pathways to the beachfront.

Public commenters, including Lindsey, on Monday were concerned about the health of the bluff. He and other residents advocated for enough work to be done to stabilize the bluff but asked the district then preserve the park’s natural state and decrease costs.

The engineers present at the meeting told the board that the construction of the revetment — which Commissioner Ali Frazier noted must cut into the land to protect it and thus alter the park’s aesthetic — will stabilize the bluff.

The concerns presented throughout the meeting pushed commissioners to pivot to another concept with a few modifications. According to park documents, the newly preferred plan — Concept B — features a non-ADA beach-access path of 258 feet, about half the length of the path in Concept C (500 feet). The path would include an overlook/resting area atop the bluff.

Commissioner Lindsay Anderson said the board needs to strike the right balance and Concept C — which was originally preferred by commissioners — was not it.

“I believe we absolutely have to preserve and protect the character of our parks, and as soon as we start developing and paving and we can never get that back,” she said. “I recognize that, but at the same, we have had extensive conversations about protection and stabilization and safety and access.”

The motion passed after three hours of discussion, and modified concepts will be presented at a later date.