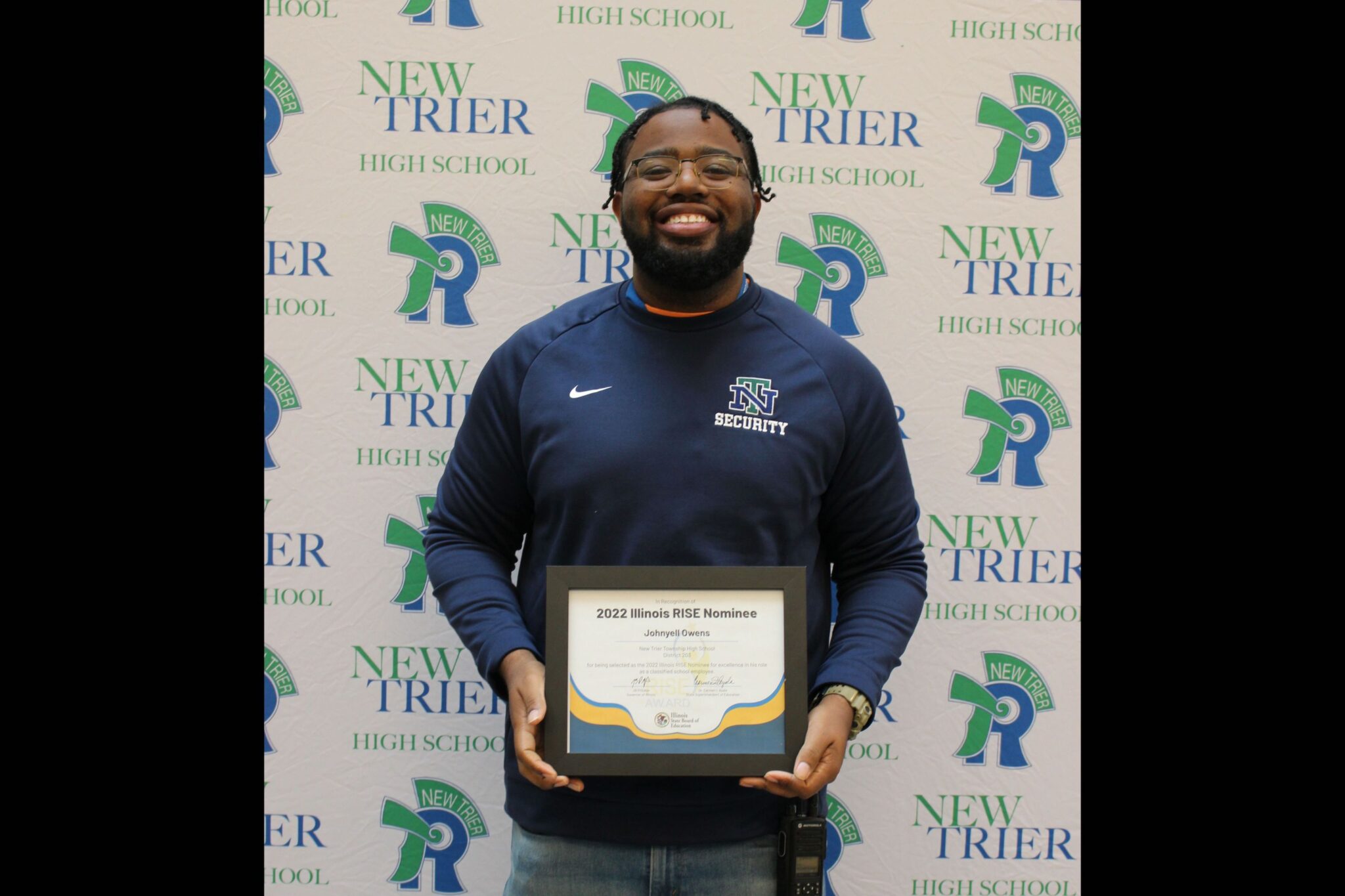 The Illinois State Board of Education and Governor JB Pritzker announced on Nov. 30 that Owens is one of two Illinois school support personnel selected by state officials to represent Illinois in the 2022 national RISE Awards, which recognize school support personnel. U.S. Secretary of Education Miguel Cardona will select one employee to receive the national RISE Award by spring 2023.

“Working at New Trier with so many amazing staff members, teachers, and students has made me want to pursue education,” said Owens, a U.S. Navy veteran who reportedly is taking night classes to become a physical education teacher. “I’m just proud of the community I work for. The kids are receptive and kind, and I am honored to be able to mentor many students and help them shape their futures.

“A student once asked why I was ‘so popular’ at New Trier and I told him it was because I know magic and I can make you believe in yourself. I’m rooting for you and I’m on your side.”

Owens is a sponsor of New Trier’s African American Community Club and Foster Reading and Tutoring Club in addition to his position as a member of the security staff. He has served on the district’s equity committee, volunteered with the student council, and according to the district, he often collaborates with administration to offer perspective and experience in how the school can be a better place for all students and staff.

This is not the first honor for Owens, who received the Excellence Award in the Educational Service Personnel category for ISBE’s 2022 Those Who Excel program.

“I am thrilled that the Illinois State Board of Education and Governor Pritzker have chosen to recognize Johnny Owens’ extraordinary contributions to education and to New Trier High School,” Superintendent Paul Sally said. “Johnny truly goes above and beyond every day to connect with students and staff and to build a warm, welcoming culture at New Trier.”

“We are delighted to again receive this recognition of our commitment to excellent service,” said Anthony Auston, library director, in the release. “The Wilmette and Kenilworth community’s continued support and enthusiasm for our library inspires us to continue to reach higher. We are honored to be a valued and trusted local resource and to be nationally recognized for it.”

An in-person event for the first time in two years, the event reportedly benefits the foundation’s grant-making to D39 schools.

Twenty-two teams competed for two rounds of trivia and vied for the most creative theme and costume. The top trivia team of the night was “The Monopolizers,” a team dressed as Monopoly figures, while “Last But Not The Least (aka The Last Supper)” was crowned Best in Show.

“It is great to be able to gather again in person, seeing the creativity and energy of our community, coming out to have fun and raise funds for our schools’ emerging needs,” said Carolin Huh, foundation trustee and event planning committee co-chairperson, in a press release.

“The foundation relies on these funds for our grant program, which are awarded in the spring and fall to enrich the learning environment in our local schools,” said Carla Benigni, also a co-chairperson of the committee.