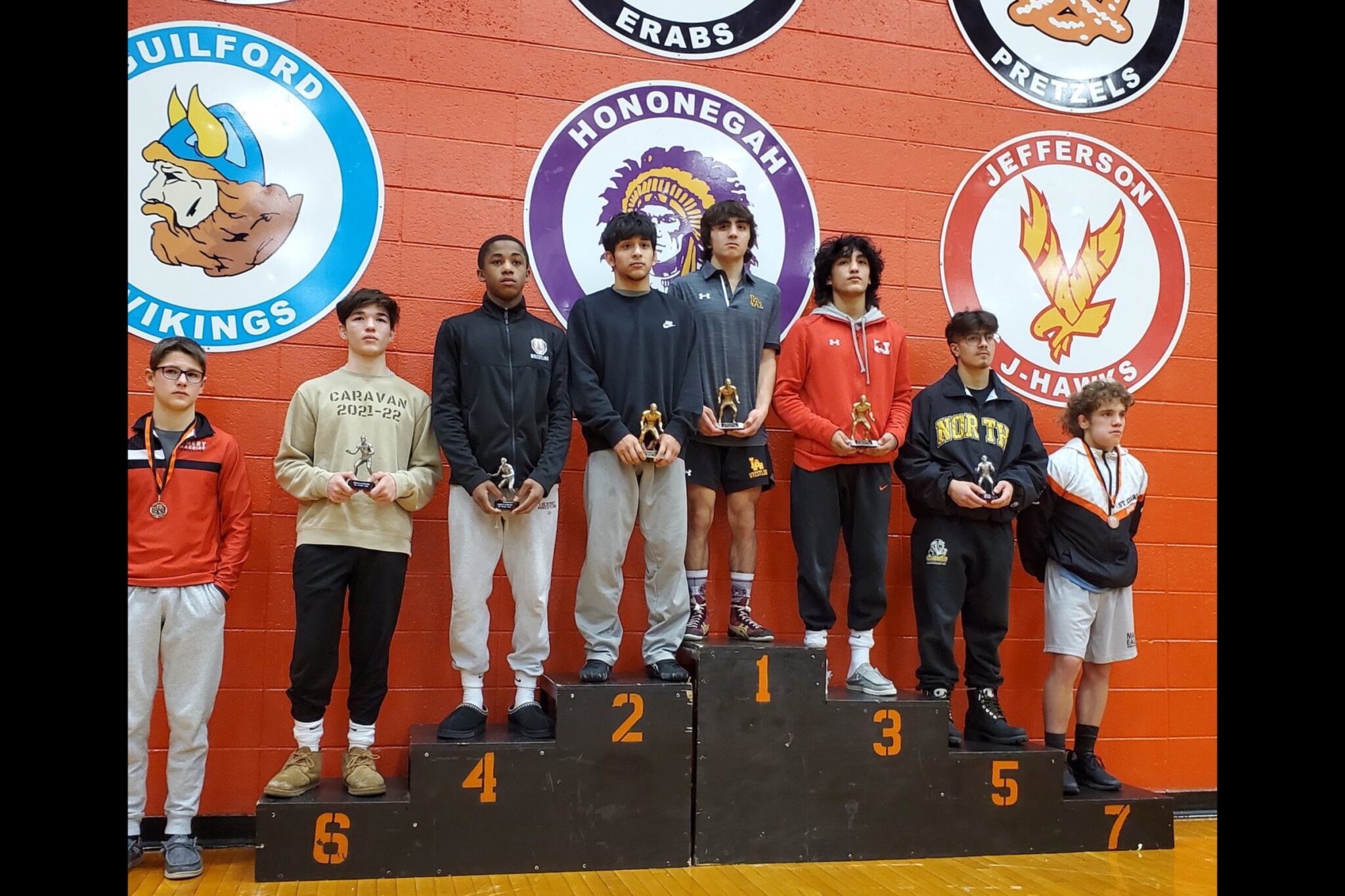 The spotlight was on Loyola Academy’s Massey Odiotti last weekend, and the senior didn’t flinch.

The Dvorak is considered one of the biggest — with 39 teams from Illinois, Wisconsin and Tennessee — and best in-season tournaments in the state. Wrestlers who fare well in the tournament usually wind up on the awards stand a couple months later at the IHSA state finals in Champaign.

Odiotti is no stranger to that level of success, having finished second in Class 3A at 120 last season. He’s now 17-3 and top-ranked in his class by IllinoisMatmen.

Loyola coach Matt Collum liked what he saw from his star but knows there’s more work to do before the state series.

“Overall, I thought he wrestled well,” Collum said. “He wrestled within himself (Sunday and Saturday), which was good. … He’s had some up and down matches this year. But we’ve also been wrestling the best teams in the country.”

That’s a deliberate — and recent — upgrade.

“Last year we had a decent schedule,” Collum said. “But we’ve upped that level a little bit.”

Odiotti was one of four Ramblers to place in the top eight at the Dvorak. Freshman Kai Calcutt was fourth at 220, junior Quinn Herbert finished seventh at 182 and freshman James Hemmila took eighth at 106.

“As a freshman at that weight at that tournament, that’s a good showing,” Collum said of Calcutt (15-5). “I still think he’s better than all those guys. He’s just got to go out there and believe it himself.”

Herbert (5-5) dropped to the consolation bracket after losing 8-4 in a quarterfinal match to eventual runner-up Lucas Szymborski, of Cleveland, Tennessee.

“I know he was a little upset with himself,” Collum said. “(But) all these things can be fixed.”

Hemmila (12-10) is still working on using his technique to compensate for his size disadvantage.

“I thought James wrestled pretty good,” Collum said. “He’s kind of on the smaller side for 106 pounds so he’s gonna have to figure ouI⁸t how to use his skills to beat some of these bigger kids. … It’s not that these kids are better than him. He’s kind of getting overpowered a little bit. But that’s something we can fix.”

“Overall not bad,” Collum said. “But I think we can still be better.”

The Giants finished sixth among 21 teams in the Robert Porter Invitational at Niles West, highlighted by Mark Martinez’s title at 138.

“He’s the real deal,” Highland Park coach Steve Moore said of Martinez. “This kid (he wrestled) was quick; this kid was strong.”

Martinez continues to make up for lost time. He wrestled in grade school but did not come out as a freshman. He missed going to state last season by one match.

The Giants’ other finalists were sophomore Nate Ferrari at 132 and senior Dmitry Derbedenyev at 152.

Ferrari took his first loss of the season after 15 wins when he was pinned at 3:25 by Normal West’s Evan Willock.

Derbedenyev (19-2) lost 5-1 to Geneva’s Maguire Hoeksema in the final.

Taking third at 195 for Highland Park was senior Jacques Munkhjargal (12-3). Munkhjargal, also an All-Conference football player for the Giants, has already quadrupled his number of matches wrestled all last season, when he was slowed by injury.

“He’s an incredible leader in the room,” Moore said.

With a number of sophomores and juniors on a 35-member roster, the future looks brighter than the past for the Giants.

“We had 11 kids in our room two years ago (during the pandemic-delayed and shortened season),” Moore said. “We were on life support.”

But the pipeline is flowing again with middle school and park district programs getting kids acclimated to the sport. Also, Moore said, “we have received a lot of support from our football staff” in terms of encouraging athletes to do multiple sports.

Wilson Wright took fourth at 145 pounds to lead the Trevians in the Rex Whitlatch Invitational at Hinsdale Central. Wright (16-5) went 3-2 with a pair of falls.