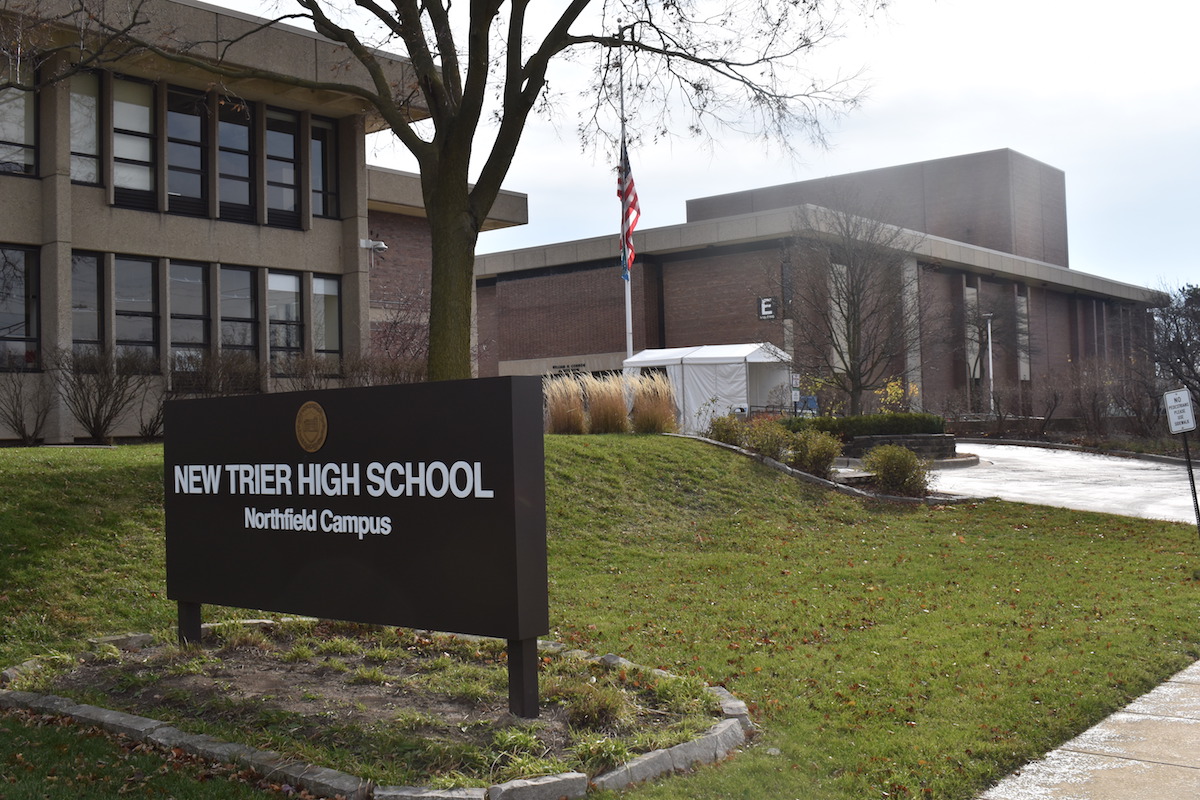 Plans to add solar panels to New Trier High School’s Northfield campus are moving ahead after the district’s board of education approved on Monday two contracts related to the installation and design of the project.

The board approved a $3.83 million contract with Performance Services Inc. for the installation and procurement of the solar panels, and a $143,000 contract with the district’s architect, Cashman Stahler Group, at its regular meeting on Dec. 19.

Last May, the board gave the installation plans its approval as part of a series of upcoming facilities projects that are set to conclude in the summer of 2023.

The panels will be installed on five of the six roofs of freshman campus in Northfield.

In his presentation to the board, Associate Superintendent Chris Johnson said that since it was initially approved in May some details of the project have changed.

One of the more notable changes is that the panels will provide 1.2 gigawatts of power on an annual basis, or 43 percent of the campus’s annual energy usage. That’s an increase from the original projection of 38 percent.

In a memo to the board, Johnson explained that the power increase is due to the availability of 400-watt panels.

He also said that while initial costs have increased about 25 percent — from $3.2 million to $3.97 million — the net cost to the district has decreased with “greater rebates and increased power generation.”

The payback period is expected to be 13 years, which is a decrease from an original estimate of 15 years.

“One thing that’s very exciting to us is that 40 percent of that payback comes in the first year,” Johnson told board members.

Among the rebates available are $255,000 from ComEd and $1.15 million from the federal Inflation Reduction Act, both of which will be come to fruition during the project’s first year. The district reportedly will receive more than $800,000 in renewable energy credits through Years 1-7.

The panels are expected to be installed on five of the campus’s six building in the spring and summer of 2023; however, they are not expected to be functional until 2024 due to limited availability of electrical switch equipment, which will connect the system to the campus.

Johnson said that equipment has a 55-week lead time, which he said is a consequence of the pandemic.

In addition to generating power for the campus, Johnson said the district plans on using the solar panels in the curriculum. While specific topics have yet to be determined, he wrote in his memo that the district will utilize resources from the National Energy Education Development Project.

“This could be a great learning experience for our students to talk about how it’s powering this campus,” he said, adding that the district has plans to create displays that will share how much energy is being generated throughout the day.

Johnson said the panels are expected to last 25-30 years.