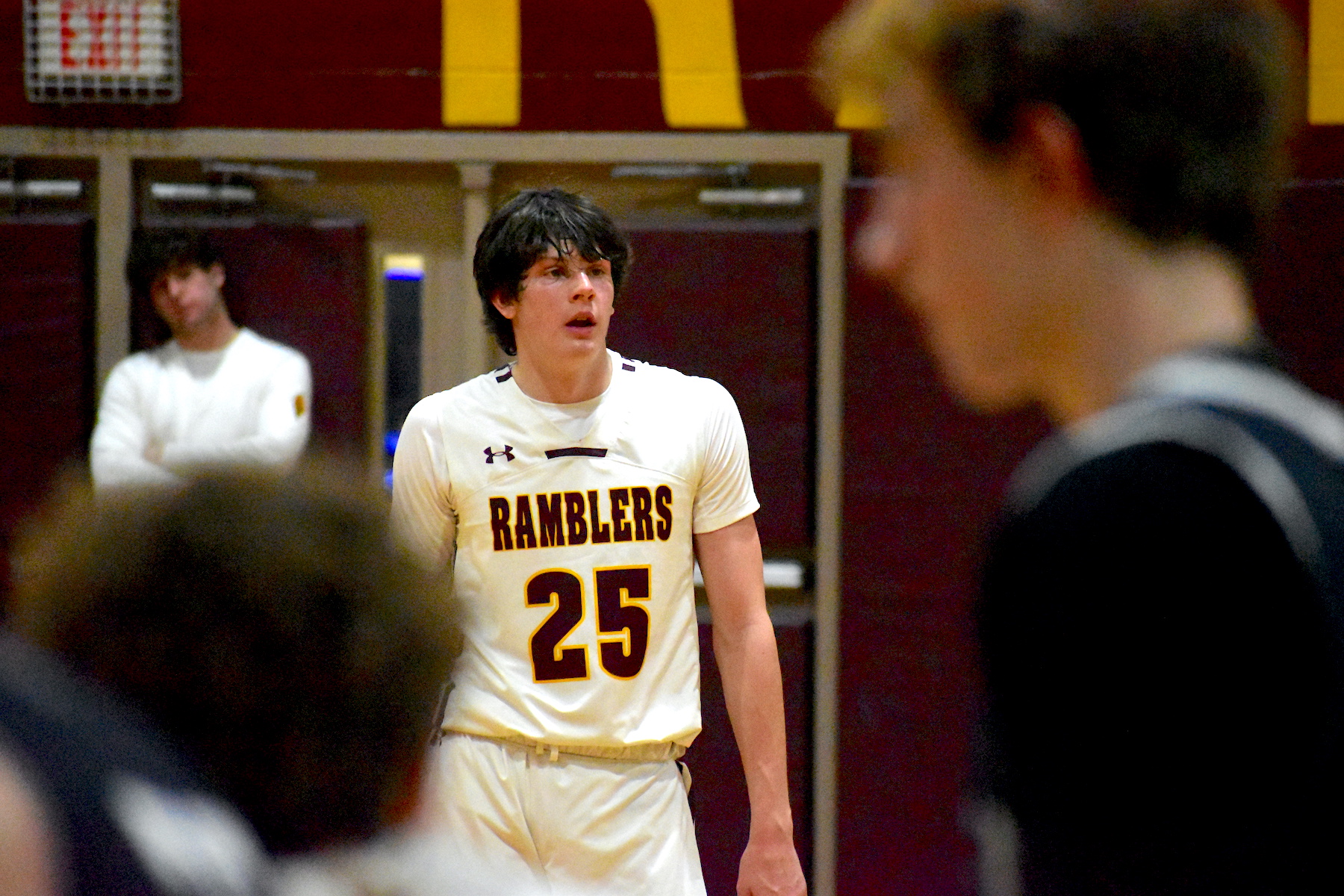 Alex Engro, of Glenview, is a senior point guard for the Ramblers. He was named to the All-Tournament team of Loyola’s season-opening Thanksgiving invite.

I mean honestly, no. Sometimes, this is pretty funny, during the summer before an AAU game, I’d listen to meditation music before a game. Other than that, now, I kind of just show up and play. At Loyola, we have a lot of stuff we have to do before a game. I don’t really have much time.

I just hope to play in college. The level doesn’t really matter to me. I hope to find a good program, good school that works for me. I do plan to play next year, so I’m excited for that opportunity. Right now, I’m more focused on our team and how we can win right now.

I really like to hang out with my friends. At Loyola brotherhood is kind of a big thing. I love to hang out with teammates. They are my best friends. That’s what I do the most. I don’t do it too often, but I like to fish. I started doing that this summer.

Definitely football. My dad used to play football; he played college football. I’ve always loved football —NFL football especially. On Sundays, I sit on the couch and watch football all day. When I was younger, I loved it too, but my mom never let me play tackle football.

5. Do you have a favorite athlete?

I have two favorite athletes, I would say. One is Kobe Bryant (former NBA). I have loved him forever. He used to be my (phone) background when I was a kid. I loved his mentality. He was so insightful for me and a very positive influential in getting me to love sport of basketball. Currently, I love Joel Embiid (NBA—Philadelphia 76ers). He’s hilarious. I am a Sixers fan. My dad is from Philly and raised me to be a Philly sports fan. I love Embiid. He’s a beast.

I would love to be a coach when I’m older. That’s kind of my dream. That’s what I plan to pursue at the next level. Preferably a college coach; I think that would be really cool. I love the game. I would like to stay around basketball my whole life. I would like to compete even when I’m not the one on the floor.

7. What is your top sports moment so far?

I love playing in the big games. They are super fun when there’s a big crowd, like when we play (St.) Ignatius, New Trier, Notre Dame, (St.) Pat’s. Last year those games didn’t necessarily turn out the way we wanted, but just the environment of those games. Last year when we beat Ignatius the first time we played them, it was an awesome win. They were a super talented team and we beat them.

If I’m getting a drink, I’ll definitely get a Dr. Pepper. That’s a go-to. I love that stuff. I don’t know what they put in there; it’s so good. For a snack, there’s these like Cookie Dough Bites. I only see them at certain stores. I’d only get one or the other, because it’s way too much sugar.

I would say two things. One, as I mentioned earlier, I’m a Philly sports fans. People from here are obviously big Chicago fans, so if the Eagles or Sixers are playing well and I’m cheering, Bears and Bulls fans get so angry. It’s super fun. Another thing, I was born in Arizona and lived in Wisconsin before coming here, but I was really young at that time.

10. What is this Ramblers team capable of?

My teammates have been really awesome; the coaches have been great. I have high expectations for this team. We lost to New Trier, but so far that’s our only loss. We’ve strung together a few good wins. First, we want to win a regional, which we did not accomplish last year, and then the ultimate goal for the season is to win a sectional championship. We would have to go through some pretty good teams, so that would be a huge thing for us.

I really love the team this year. We have a huge amount of shooting; guys are buying in. I’m proud of the group and coaches will put us in a position to succeed like they always do.