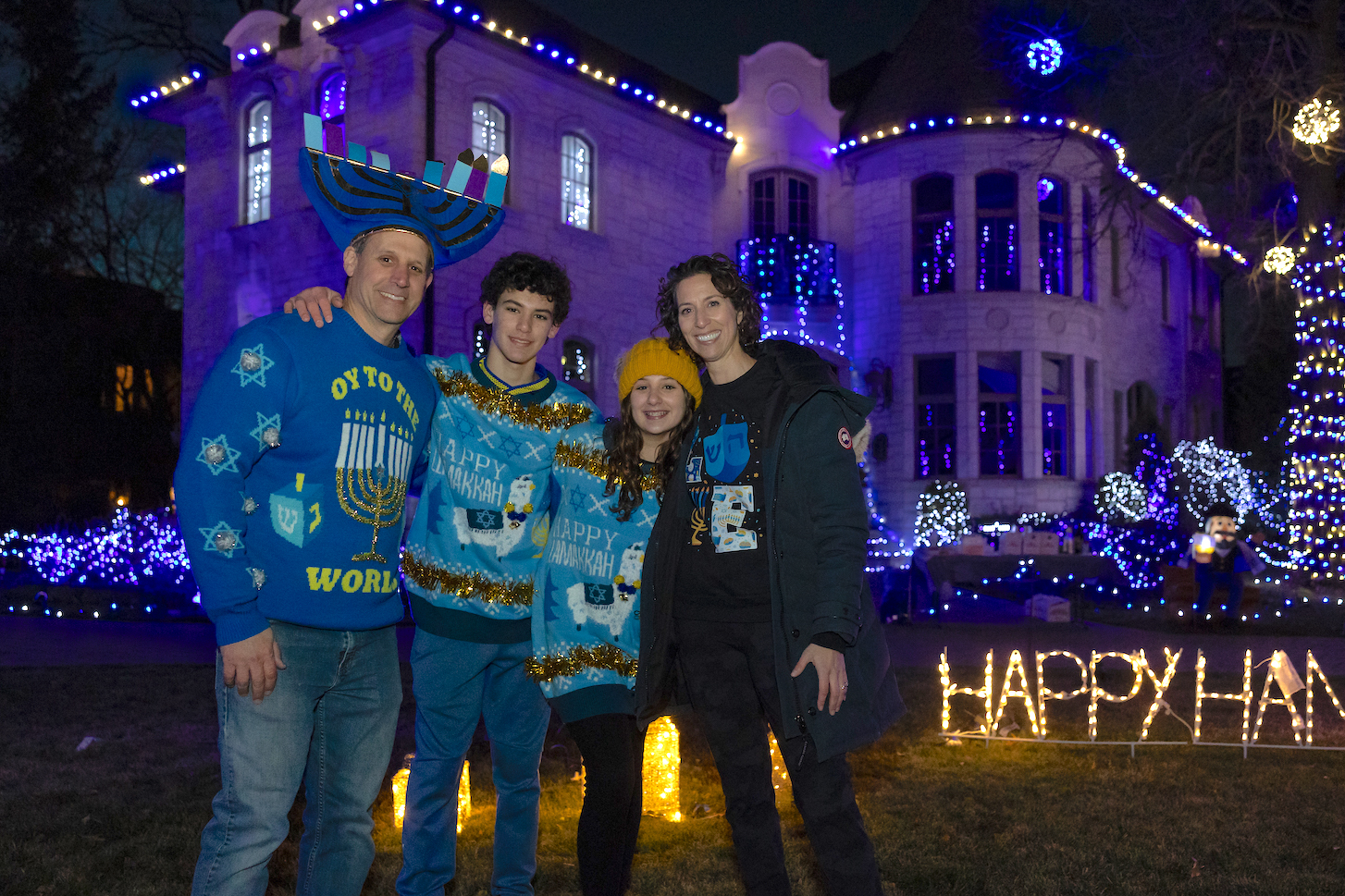 The Hazans — Gary, Devin, Madeline and Brooke — outside their well-decorated home in Glencoe. | Photos by Rob Lange/The Record North Shore

Gary Hazan doesn’t get it. Hanukkah is the Festival of Lights, but where are the lights?

For the past four years, Hazan and his family have provided that answer and then some in the 700 block of Valley Road in Glencoe.

“Ironically it’s the festival of lights but we don’t decorate,” he said of Hanukkah celebrants. “It’s just really not part of what we’ve done. But people always like it and drive around and stop by. They enjoy it a lot.”

Hazan believes he has Chicagoland’s largest Hanukkah display, and dozens of friends and neighbors showed up Sunday, Dec. 4, for its 2022 unveiling.

Hazan’s home is bordered with blue and gold lights and speckled with moving dots of more color. Additional lighting shines through each window, and the landscaping is draped with string lighting. More blue and gold lights climb the tree trunks, leading to explosions of blue and gold in the canopy. The yard is outrageous, featuring a lit “Happy Hanukkah” sign, illuminated menorah and several inflatable adornments — from a T-Rex spinning a dreidel to a yamaka-wearing pooch carrying a Star of David.

“It’s out of control,” Hazan laughed. “It’s our fourth year doing it, and it’s grown every year.”

The idea to create a Hanukkah display actually came from Hazan’s daughter, Madeline. He said one day she asked if the family could put up holiday lights like many households do to celebrate Christmas.

So Gary got to work.

He said the first year was about “10 percent” of what the display is now. And now, Hazan spends about six weeks setting everything up for about four weeks of display time. (Hanukkah is Dec. 18-25 this year.) And each year more and more items join the merriment.

He estimated he annually puts in about 50 hours of labor on the display.

“When it’s October the boxes start rolling in and my kids and wife kind of look at me like, ‘Oh, it’s coming,'” he said. “They let me do my thing and really enjoy it.”

In 2020, the family made an event out of the first night of the lights as a way to thank friends and neighbors, who Hazan said provided comfort and kindness over the year while his wife, Brooke, endured cancer treatments. The lighting ceremony has now become a tradition.

The opening-night event is no longer tied to Brooke’s recovery, but she still loves to see all the guests.

“It’s a really nice feeling,” she said. “This year it was the most people that responded yet. It warms my heart to see how many people enjoy it as much as we do.”

Brooke Hazan said she definitely enjoys the display, as do her children, Devin and Madeline, but she is “terrified” of just how big it could get.

But the more excitement, the more people show up to enjoy it, and that is the part Brooke and Gary Hazan enjoy the most.

Gary Hazan said about 30-40 cars stop by the house a night during the four-week stretch the display is up. He fondly remembers a mother and three children in his driveway last year dancing and singing in coordination with the Hanukkah joy flowing from his home. Moments like that fuel his efforts each season.

“People thank me for doing it, which I really get a kick out of,” he said. “I enjoy putting it up, but the real joy is people coming by. It happens regularly and it really is kind of fun.” 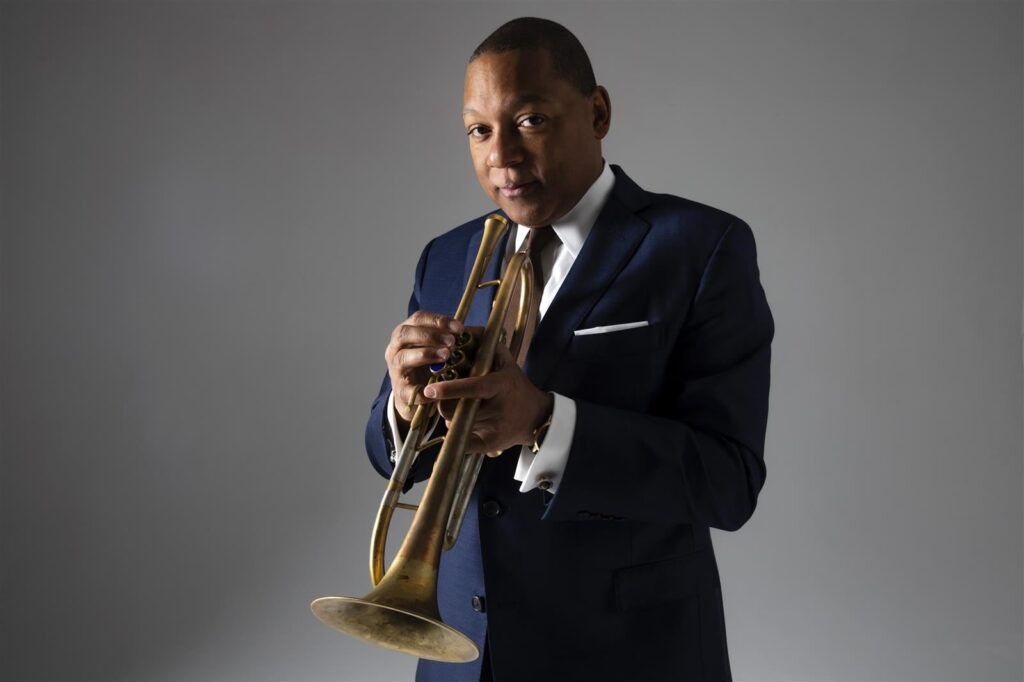