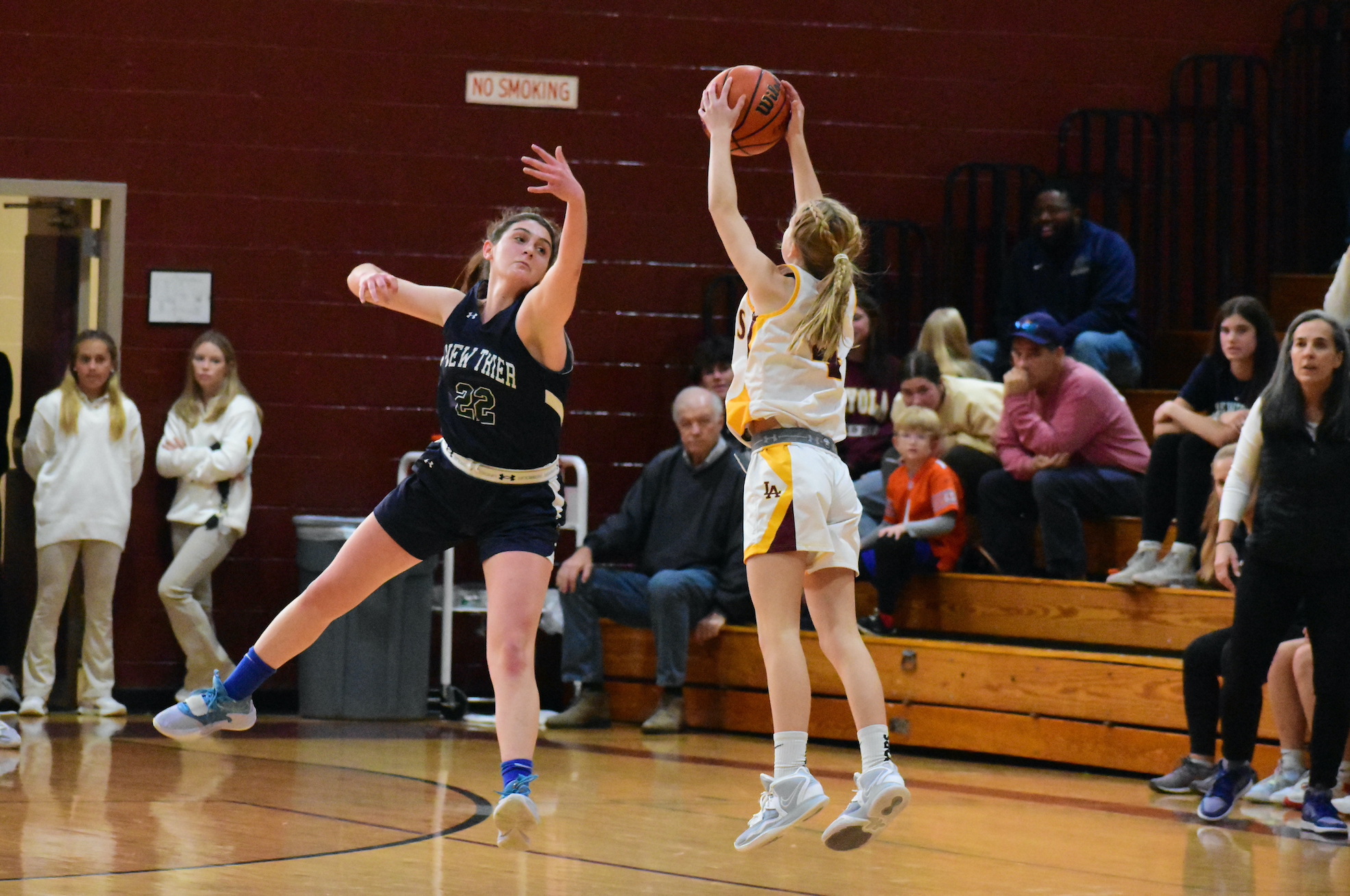 This Thanksgiving-eve matchup was light on the stuffing. At least on the stat sheet.

“This early in the season defense is usually a little bit ahead of offense, so you saw a lot of that,” Trevs coach Teri Rodgers said.

Loyola (4-0) proved to be a bit more effective on both ends of the ball and used a significant rebounding advantage to mitigate an underwhelming shooting effort.

Paige Engels led the Ramblers with 10 points and 6 rebounds, while Grace Bronski went for 9 points and Kelsey Langston 6 — all in the second half.

“That’s the one staple for us … our defense, especially because we are so young,” Loyola coach Jeremy Schoenecker said. “… It has been sort of our recipe over the years. And hold a team under 30 points, you’re going to win a lot of games.”

Loyola is coming off a run to the supersectional, or elite eight, a season ago, and returns three players from that lineup, including returning starters and junior Engels, a wing, and Langston, a guard.

The two will carry a healthy chunk of the burden on both ends of the floor this season.

“In tougher, more-competitive games, we have the experience,” Langston said. “We definitely take that leadership role in that we know the offense and how to run it.”

Joining them Wednesday in the starting rotation were sophomore Bronski, junior Julia Gamboa and freshman Clare Weasler. ⁶The Ramblers also got big minutes from freshman Marycait Mackie, juniors Morgan Bruno and Gigi Zera, and other underclassmen. In fact, Loyola’s roster is all underclassmen. It has no seniors.

While the offense is still developing, the young Ramblers are off to a fast start record-wise, winning all four of their games including another defensive battle with Stevenson, 42-40, the team that ended Loyola’s season last year and eventually won the IHSA Class 4A championship.

“It was nice to win that game, but it showed we can hang with a lot ofpeople in the state of Illinois,” Schoenecker said. “And for such a young group to win that type of game … I thought it showed to our young kids that if we keep grinding for 32 minutes, usually good things will happen.”

New Trier is also on the younger side, with a roster packed with juniors and led by standout senior Rachel Zacks.

Zacks finished Wednesday’s loss with a game-high 13 points, which included three three-pointers. She was backed by junior KJ Saccaro’s 8 points.

“I’m really proud of how hard they fought and played,” Rodgers said. “Defensively, I thought we did a good job. We just couldn’t get anything in transition. We didn’t make great decisions out there at times, but that’s all right; you don’t make good decisions when (they are) really pressuring the ball.”

New Trier has started the season 3-2 with wins over Warren, Phillips and Fenwick in the Thanksgiving tournament. Aside from Loyola, the Trevs also took a loss to Stevenson, 59-54, in overtime.

Rodgers has enjoyed the early-season competition.

“We’ll go back to the drawing board and figure out what we need to do to get better,” she said. “It’s early in the year. Playing good competition really tells you who you are and what you need to get better at.”

Other options in the Trevians lineup include backup post Haley Thompson and forward Joelle Greif, who picked up 5 rebounds against Loyola after entering the lineup for an injured Klein.

Rodgers said Klein — who put up 23 points and 11 rebounds against Stevenson and 28 points against Phillips — may be out a while after hurting her wrist/hand against Loyola.