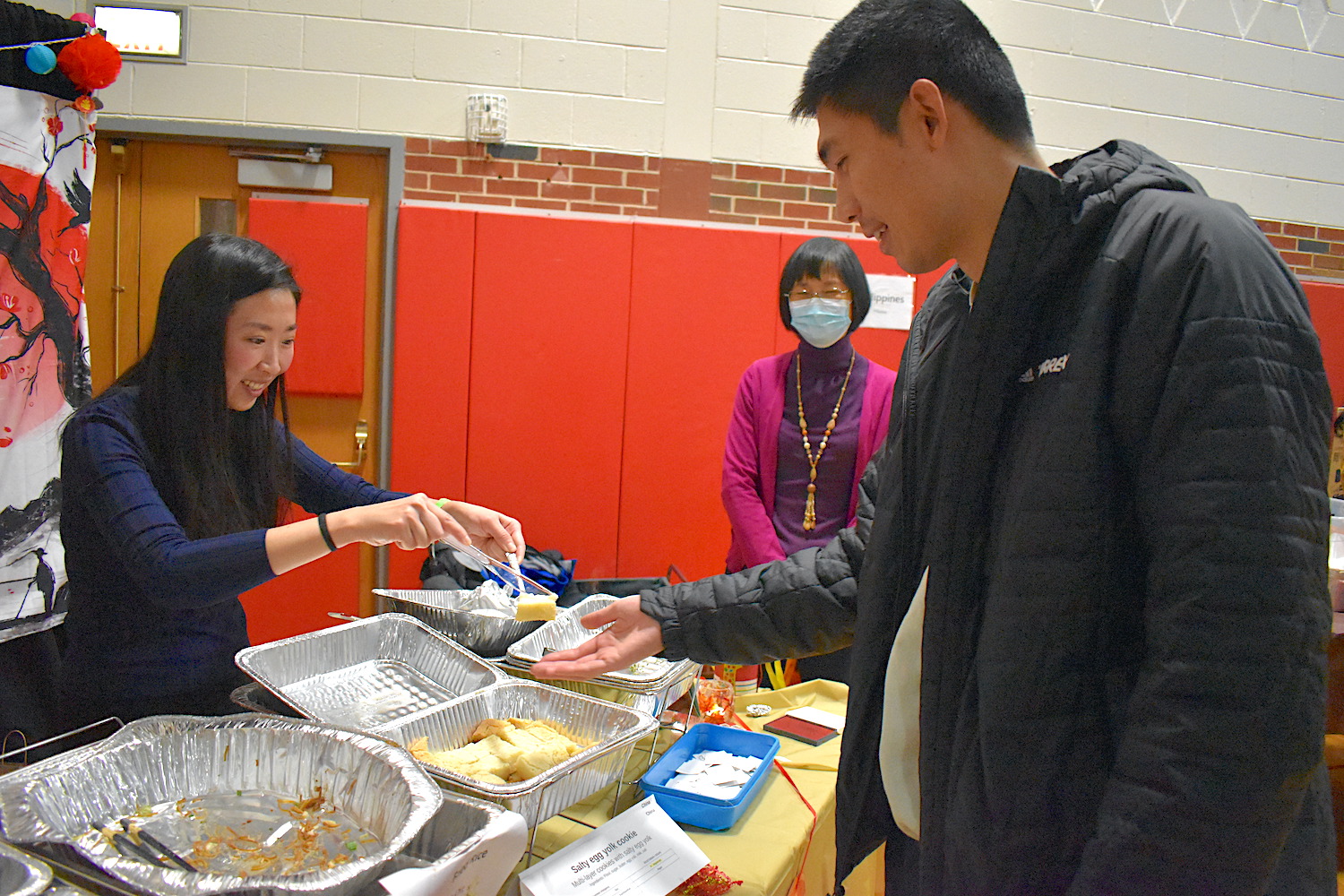 International food, cultural dances and hundreds of community members uniting to celebrate the diversity of their neighbors.

All of that could be found at Marie Murphy School Friday night, Nov. 18, in Wilmette as Avoca School District 37 enjoyed its seventh Intercultural Dinner and Talent Show.

This return of the district’s most extraordinary event was three years in the making after it took a two-year hiatus because of the COVID-19 pandemic.

Superintendent Dr. Kaine Osburn said at times it seemed like the international celebration might not happen again.

“For the last three years, it’s felt like maybe we might not get back here,” he said. “But now, tonight, we’re all here; we’re all here together (with) the feeling of gratitude that we’re together.”

Dr. Ami Desai Das, an organizer who also serves on the District 37 Board of Education, said between 20-25 countries were represented and about 60 families brought food for those countries.

Countries such as China, Thailand, Greece, Pakistan, India, Israel and more were on display around the Marie Murphy gym with volunteers and students presenting traditional cuisines from their cultures.

“Tonight, you will get the chance to travel around the world in your own backyard,” Das told the attendees in a speech before the talent show. “Sample food, watch talent, and reconnect with one another.”

The food itself proved to be popular, as many of the stations ran out of their supply by the end of the evening.

Annie Shen, who helped organize the Chinese booth, said one of their most popular items were buns in the shapes of different animals.

“Children love them,” she said, adding that within the first 30 minutes, they completely ran out.

Shen, who also worked with Das to organize the event, said a lot of work went into making the evening a success.

“We did a lot of planning ahead of time and set a schedule and checklist,” she said. “And each of us would take a share. It’s a lot of collaboration and coordination, but it’s such a fun experience.”

The talent show featured students playing music on the piano and string instruments, singing songs from across the globe, performing Bollywood dances and even telling jokes in a comedy routine.

Children could also participate in a passport activity. They were given a paper passport that they could get stamped at any of the booths. Once it was stamped at least five times, the guest could pick up a prize at the World Marketplace booth.

“It really is trying to engage our kids to try different things,” Das told The Record.

Besides enjoying food and talents, Das said the evening was “a wonderful way” to engage and re-connect with the community after two years of being apart.

“Especially our community of diverse peoples who may not be so used to becoming involved in school culture,” she said. “This really helps to draw people in because they’re representing the pride of their own culture. They could be themselves in this space.”

Osburn told The Record that the Avoca School District is “by far” the most diverse of the school districts that feed into New Trier High School, and that the Intercultural Dinner and Talent Show is the largest event the school puts on every year.

Because of the pandemic, Osburn said the district was “not able to come together and share our diverse backgrounds and experiences. And so, not being able to do it, people have been looking forward to this for so long, and so that extra sense of having missed it makes it a lot richer.”

He added that, when the district conducted community engagement last year, “one of the No. 1 qualities that people said they cherish about our district is our diversity.”