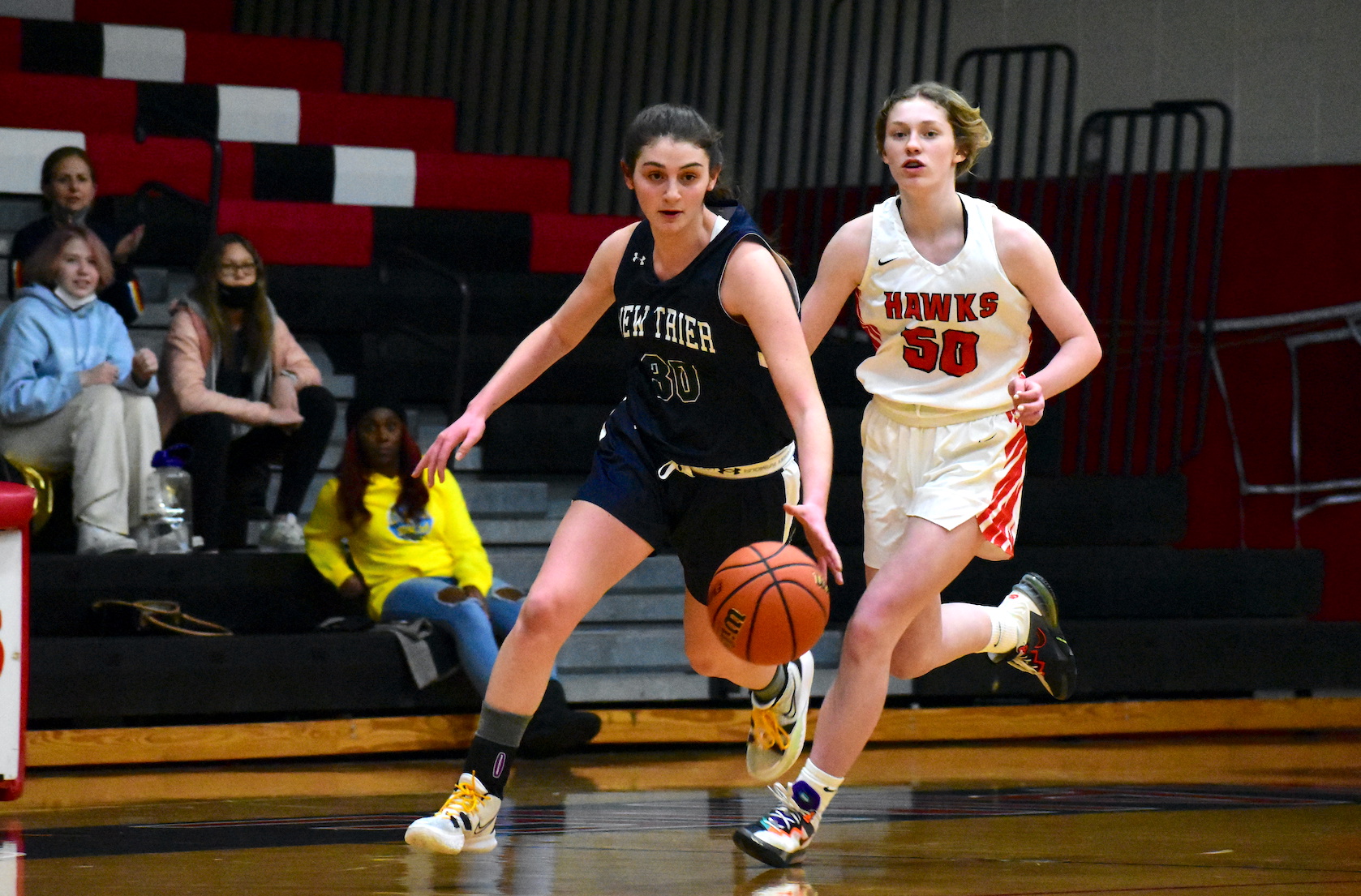 Rachel Zacks is a senior wing for the Trevians. She helped Team USA U18 win a gold medal at the summer’s Maccabiah Games and opened her senior season with 26 points in a win on Nov. 15.

I always eat like a light snack because I kind of get hungry before a game, like pretzels or a bar. A kind of superstition I have is I always put on my right sock on first and then my left sock and then my right shoe and my left shoe. I’ve never done it the other way.

2. What’s your favorite thing about basketball?

One aspect of basketball I really love is how close I can become with my teammates and by the end of the season I feel like I’m such good friends with everyone. It’s very different than individual sports, like the team aspect of it. I really like the sport itself, too. It’s a lot of running and you have to have skills, like shooting, and a very high IQ.

Spending time with friends and being outside in general. I really like playing different competitive games, whether it’s spike ball or I’m on a flag football team with all my friends.

I used to play soccer when I was younger. I really like soccer. In a way, it’s similar to basketball. You have to work as a team, everyone has a position, but everybody has to interact with each other.

5. What do you hope to do after high school?

Hopefully play basketball in college, but I haven’t finalized anything yet. In general, just going to a school that I really love, meeting new people, I’m excited for — taking new classes, all that type of stuff.

Ever since i was young I wanted to be a doctor but I don’t know specifically what kind of doctor. A doctor because they can directly and physically help people and improve people’s lives. Another job I would be potentially interested in would be a biomedical engineer, inventing new devices and things like that.

7. If you won the lottery, what would be your first purchase?

Realistically I’d probably invest it, either in stocks or somewhere where it would grow over time, but actually buying something, I’d probably go on a fancy trip somewhere, like Hawaii.

Probably some type of drink like an Honest Tea or like a Vitamin Water and some type of candy, I’d probably say Sour Patch Watermelon or Kit-Kats.

One thing I like to do that not many people may know is I collect sea glass from the beaches nearby. I do that a lot. I have a whole collection, too. I have like a large glass vase for each color. I’ve been doing it for years and years.

10. What are the goals of this team this season?

This year we have a very new and young team since we had a lot of seniors graduate. We’re still figuring out how to really play with each other and learning how people play and how we can all work together. I think we can make a big impact and win a lot of games this season. We have the potential to beat a lot of teams in our conference this year and have success. We get there by being a unified team and everyone putting in effort … and working through problems together as they arise.