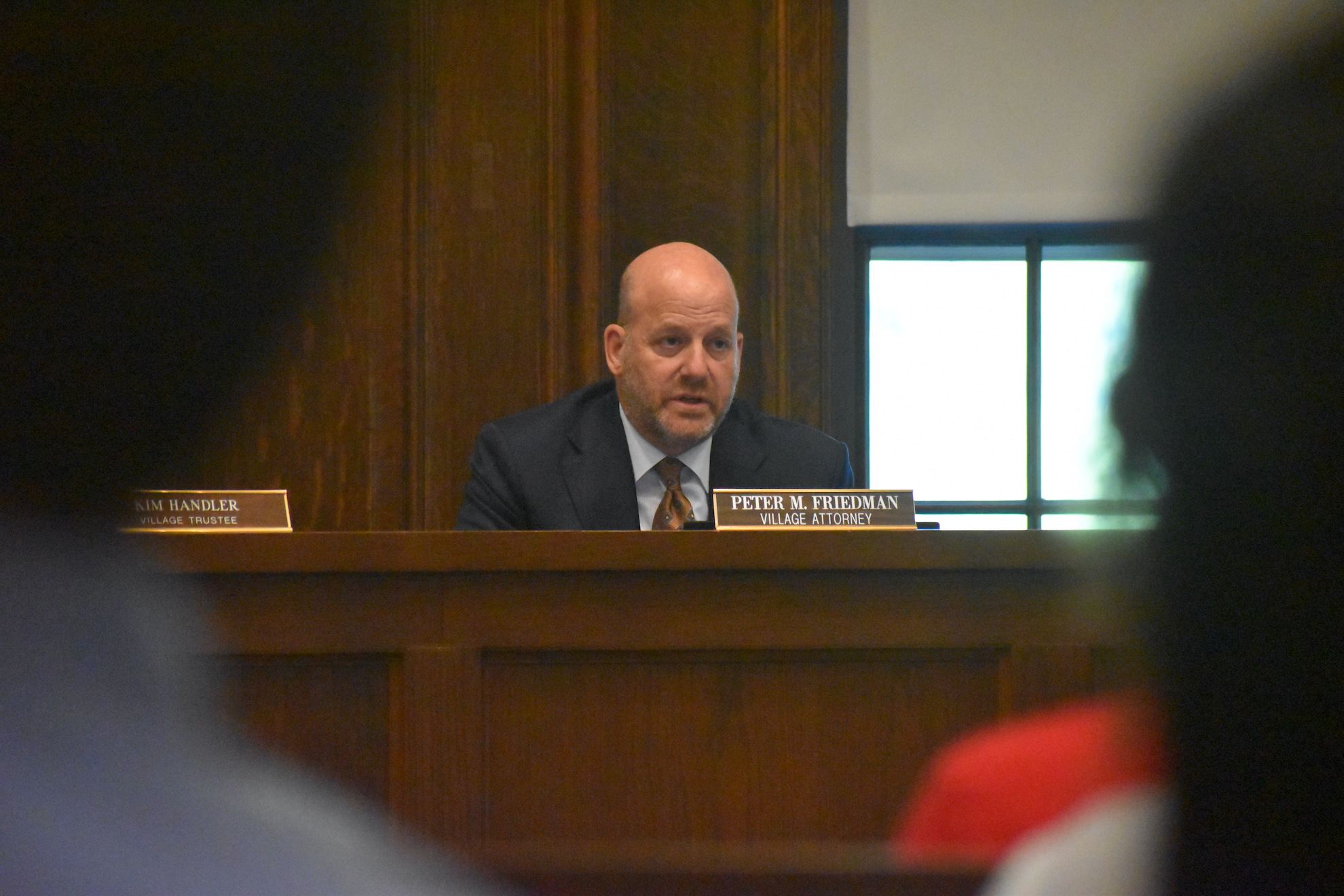 A much-anticipated followup to an emotional August conversation around gun safety will have to wait a little longer but residents and Winnetka officials have a preview of what to expect.

The Village of Winnetka scheduled the followup study session of the Village Council’s committee of the whole for Thursday, Nov. 10; however, with multiple council members under the weather, the meeting was postponed.

“We can’t have this conversation with a partial council,” Village President Chris Rintz wrote to The Record.

Before the meeting was postponed, the Village posted online its agenda and supplemental materials in accordance with the Open Meetings Act.

The meeting packet contained a legal memo from village counsel, in which attorney Peter Friedman provided a review of Village of Winnetka code as it pertains to the regulation of firearms. The goal, Friedman wrote, was to “identify any necessary or advisable amendments.”

Friedman was fulfilling a request from the Winnetka Village Council after an Aug. 10 study session to open a conversation on potential enhancements to the village’s gun safety in the wake of the mass shooting July 4 five miles to the north in Highland Park. The town-hall style meeting featured 50 visitors and 19 speakers who urged the trustees to take action.

Following the meeting, Rintz said residents could expect a followup conversation some time in the fall.

The legal analysis of the village’s firearm regulations came in on Nov. 4. In the memo, Friedman wrote that Chapter 9 Section 12 of the code states — among other things — that gun sales and the discharge of firearms are generally prohibited in town; however, ownership of assault weapons are allowed, but they must be properly secured and cannot be carried in public.

Winnetka, though, does have the flexibility to ban assault weapons by amending its code related to a safe-storage law enacted in 2013. The Village of Deerfield did just that in 2018, and its assault-weapons ban has been upheld by Illinois courts.

Friedman and company did warn that an assaults-weapon ban “(could) lead to litigation,” such as the National Association of Gun Rights’ lawsuit filed against the City of Highland Park for its ban. But, Friedman wrote, “we think there is no ground to be gained by suing Winnetka that cannot be covered in the pending litigation.”

An alternative, according to Friedman’s team, would be to enforce Cook County’s already-in-place assault-weapons ban. That option would need an intergovernmental agreement, either to allow county officials to directly enforce the ban or to authorize the Village of Winnetka enforce it.

“In prior conversations that we have had concerning other Cook County municipalities, the county has indicated that it is open to either of these options,” the memo reads.

The final option introduced by Friedman is to increase the village fine, which is currently $750 per violation, associated with its current firearms regulations.

No postponement date has been decided, but Rintz said the item should return to an agenda in December, after the council finishes its budget process.