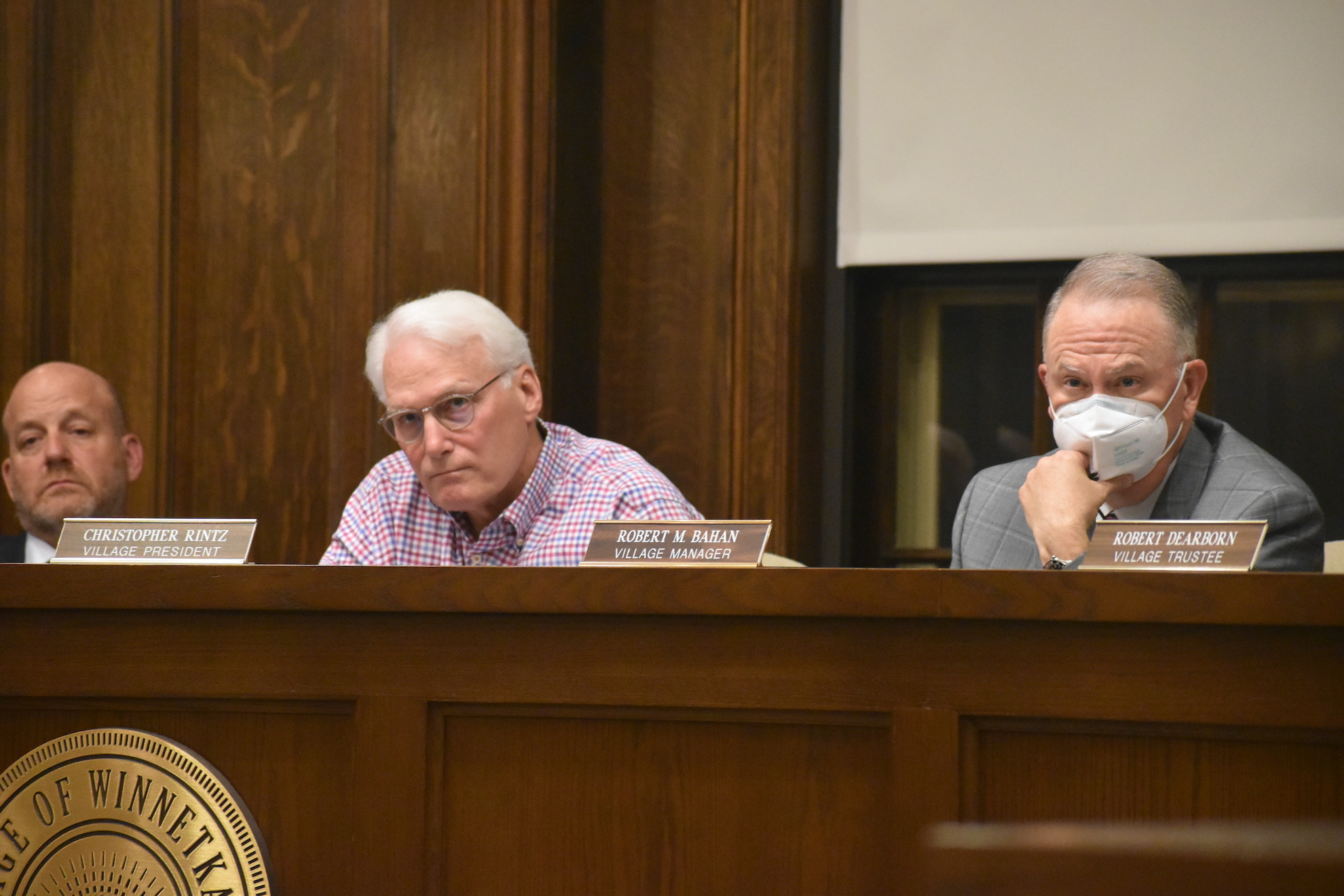 Winnetka’s Kitty Brandtner was angry in the wake of the mass shooting on July 4 in Highland Park and she was not alone.

After founding the March Fourth movement, which has gained tens of thousands of supporters in an effort to ban assault weapons, she found out just how unalone she was.

“We are way more united on this issue than we are being told and than we thought,” Brandtner told the Winnetka Village Council and more than 50 guests of a special listening session on gun safety Tuesday, Aug. 9.

The unique event featured no discussion or deliberation from council members and village officials, who were on hand to hear a variety of ideas and perspectives that may lead to future gun-safety policy, said Village President Chris Rintz in his introduction.

“What created the idea to have this meeting was obviously the horrible events on July 4 in Highland Park,” Rintz said. “I’ve talked to many, many, many residents since that time. … I thought it would be helpful to bring it all home to council chambers and allow our trustees to sit back and open their minds.

The council does not have a deadline to begin gun-safety discussions, but Rintz said the general goal is to put the item on an agenda this fall. The Village of Glencoe will host a similar town-hall-style session at 6 p.m. on Sept. 14.

Following Rintz’s opening comments Tuesday, the village’s attorney, Peter Friedman, and police chief, Marc Hornstein, provided context for the discussion. Friedman offered an overview of local, state and federal firearms legislation. He explained references to firearms in the Village of Winnetka Code, which in Chapter 9 Section 12 states — among other things — that gun sales and the discharge of firearms are generally prohibited in town; however, ownership of assault weapons are allowed, but they must be properly secured and cannot be carried in public.

Friedman also explained that the village has laws in place that could in theory be amended to ban assault weapons. Following the infamous Hubbard Woods School shooting in 1988, the town passed a ban on handguns in 1989, but up against a lawsuit from the National Rifle Association, the village council repealed the law in 2008.

Chief Hornstein reviewed how the Winnetka Police Department responds to incidents involving firearms and to individuals who may be a threat to the community. He said the department is not aware of how many guns or gun owners are in the community, as there is no registry with such information.

Officers, however, with probable cause officers can look up if an individual has a Firearm Owners Identification, or FOID, card — a requirement in Illinois, and with just cause, request that the state revokes a resident’s FOID card. But the final decision is up to Illinois State Police. If a card is revoked, he said the department is quick to act.

“We do act immediately and without delay,” Hornstein said. “We have done that consistently and will continue to do so.”

The department offers gun destruction by request and does not require identification and is working with Project ChildSafe to order gun locks that will be free to residents.

After trustees asked questions, Rintz and the council then opened the floor for public commentary, which featured about 90 minutes of testimony.

U.S. veteran Peter Gelderman was first to the lectern and talked about his experience with assault weapons, specifically the AK-47, and how they have “no place outside of Army bases” in this country. The sentiment was echoed by numerous speakers who followed, many of whom encourage the Village to ban assault weapons in the community.

Most of the speakers and guests reside in Winnetka; however, Stephanie Jacobs is from Highland Park and is a survivor the shooting on July 4 that killed seven and injured more than 40 others at the town’s Fourth of July parade.

Jacobs said gun safety is not a political issue, but a public safety concern.

“I’m going to talk about living freely and being at a park or a concert or a parade without the fear that someone somewhere has an assault weapon, a weapon of war, and at any minute they could indiscriminately spray bullets into the crowd,” she said.

“I really hope that you, as our representatives, as people who wield power in our little village, are reaching out to the state senators and state representatives … and letting them what your stance is,” she said. “Let them know that you would be behind them if they stick their neck out and support this idea of an assault-weapons ban for the state of Illinois.”

Trustees also heard from Jeanne Bishop, a Winnetka native and the sister of Nancy Langert who with her husband, Richard, and their unborn child were shot to death by a 17-year-old David Biro in 1990.

Bishop talked about how enforced laws, such as red-flag laws or safe-storage laws, could have saved the young family. And while she was in council chambers in 2008 when trustees pulled back the town’s handgun ban, standing in the same room 14 years later, she had a new feeling.

“I am leaving this meeting tonight so much more hopeful than when I left that meeting in 2008,” she said, “because I know some of you and I respect all of you and I believe in you. And I know that you know that you can’t do nothing in response to all this. You have to do something and I believe you will and I am going to thank you now in advance for that.”

Rintz concluded the session by thanking the community members and pledging that council members will initiate a conversation on their ideas and suggestions this fall.