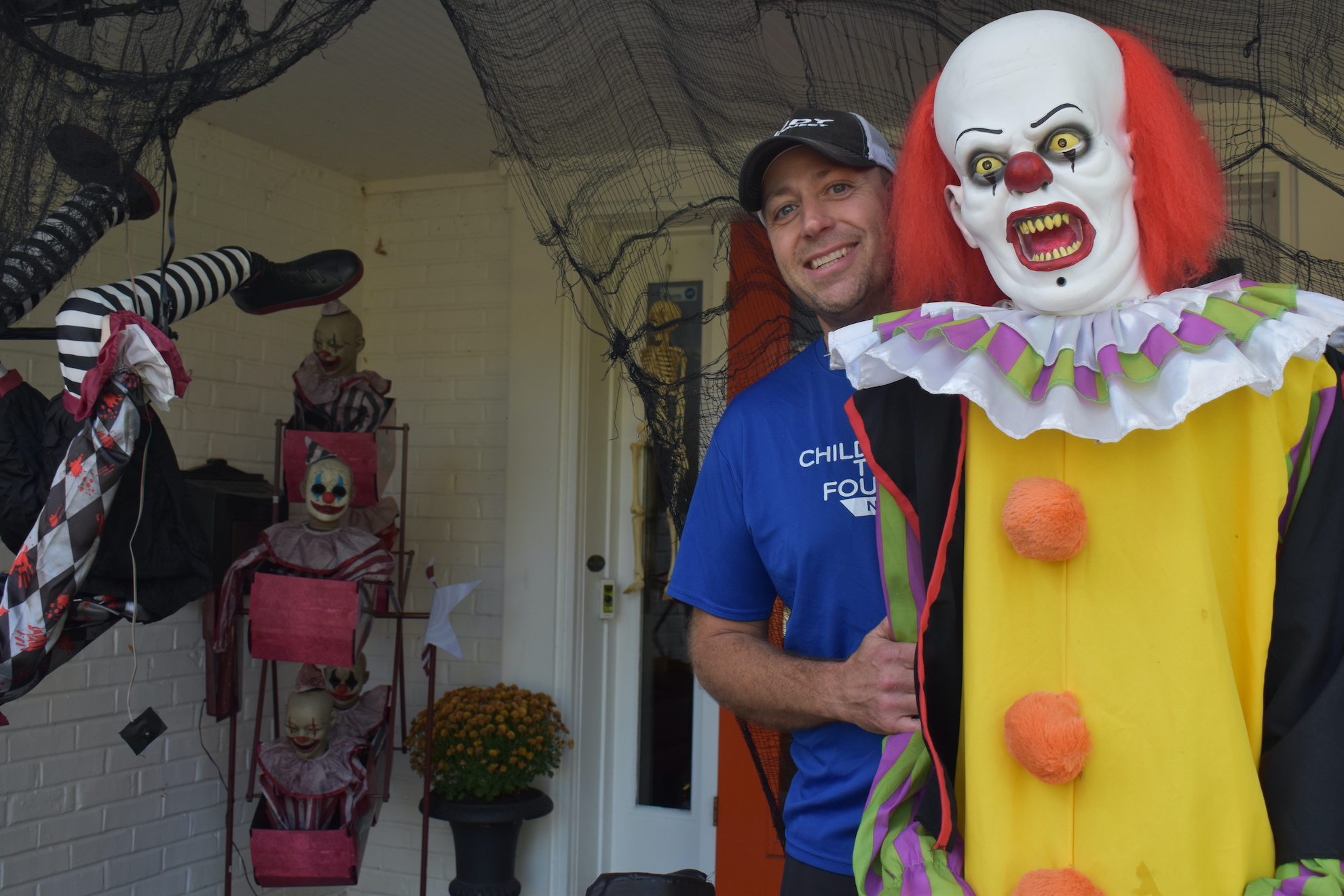 John Nichols poses with one of his pride and joys, a Pennywise ("It") figure, amid his Halloween display in Winnetka. | Photos by Joe Coughlin/The Record North Shore

You may be the one visiting his terrifying and elaborate Halloween display in Winnetka, but the joy is his — at least a good portion of it.

Nichols’ smile only grew as he bounced around his porch explaining his fights, from sharp-fanged clown to soul-sucking demon and on and on. And the best part of it, he gets to be one of them on Halloween night.

“The first year I sat right there,” Nichols said pointing to the corner of the porch, “in a Chewbacca costume and when they were leaving, I’d pop out and scare them. Now I do that every year.”

This is the ninth year of the Halloween display in the 800 block of Bryant Avenue. It was “super small at first,” Nichols said, and it was highlighted by a life-sized likeness of the original Pennywise from the movie “It.” Pennywise remains a pillar of the porch haunts.

Nichols and his two boys built and added two to three items each year, and he said his wife likes to joke he built the home’s porch just to decorate it. The yard is also filled with large inflatables, including a green and black flying insect, a 30-foot long orange and purple snake, a giant pumpkin and a skeleton pirate ship.

This year, a scarecrow-jack-in-the-box hybrid is new. He built it with his two children, and to Nichols, that’s really what it’s all about.

“The boys love it,” he said of the display. “It’s fun. … I think it’s fun to get scared and people like to be scared, most of them, I think.”

Nichols’ front-yard production is surely a sight to see, but is it the tops in the area? He isn’t so sure.

About half a mile north, Jeff Ackerman’s display is frighteningly active in the 200 block of Fairview in Glencoe.

Many of the numerous creatures lurking in the yard are on the move thanks to custom-built machinery, and the creatures, such as the pumpkin-spider hybrids and 8-foot long monster arm — may shock onlookers as they are custom-made as well.