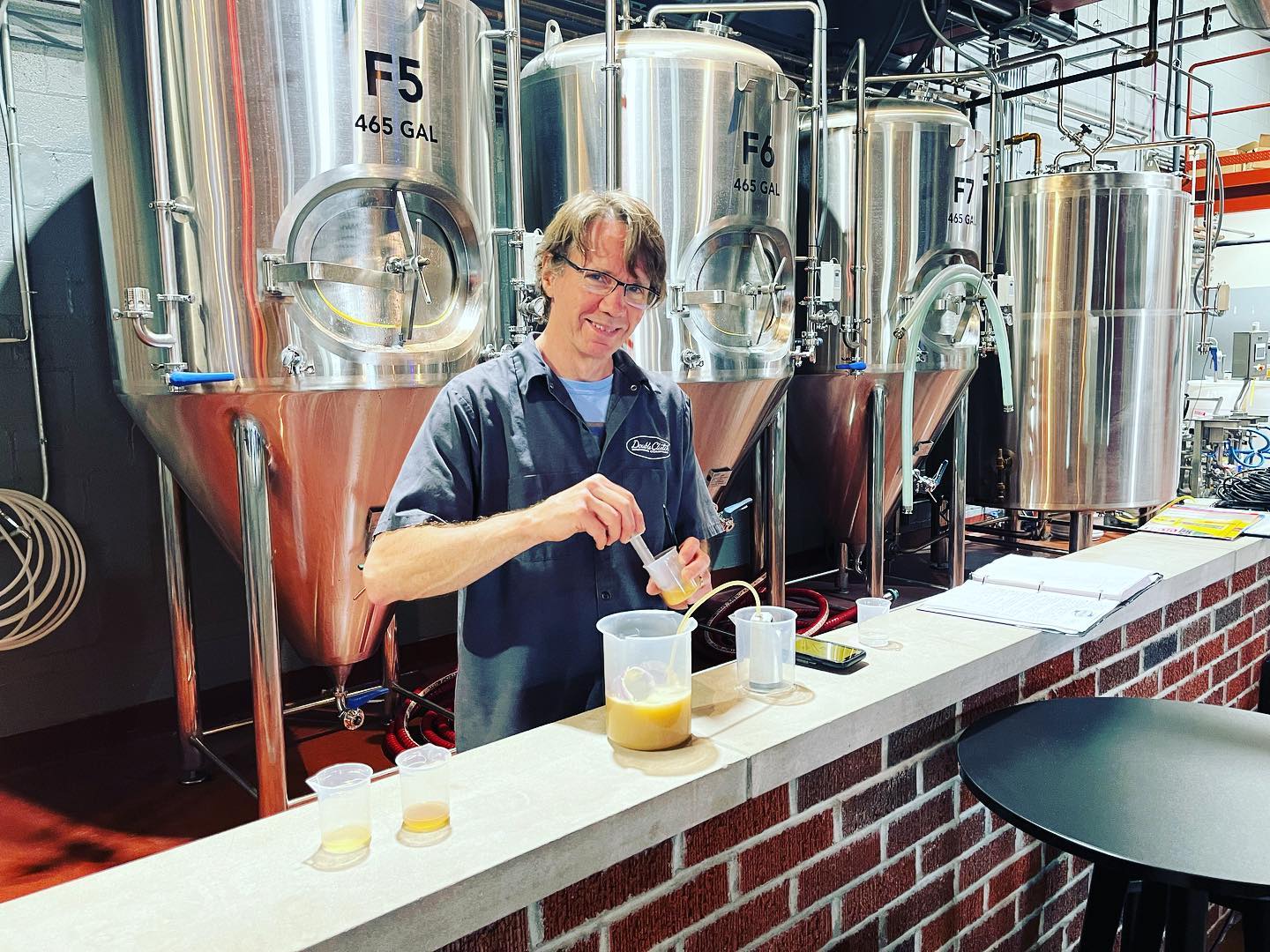 Practice makes perfect, but knowing how and what to practice helps.

Brewer Scott Frank, of Wilmette, is all about improvement and said he enters beer competitions, like the Great American Beer Festival, because of the insightful critiques from beer experts.

“The purpose of doing it, as a new brewery (Double Clutch), is to get objective feedback,” he said. “They are judged by beer judges, who are writing a scoresheet with their review of your product. … That is what is so valuable in this. I never expected to win.”

Frank and Double Clutch Brewery, of Evanston, won the top prize of Brewer and Brewery of the Year in their category (0-250 barrels/year) during the festival held Oct. 6-8 in Denver.

Hundreds of breweries from across the globe compete for recognition in 98 beer categories (and numerous subcategories), ranging from American-style lager and India pale ale to chili beer and coffee stout and everything in between.

“The Helles lager, I knew it would be in one of the biggest categories,” said Frank, who added the beer was among 158 competitors. “I never imagined that beer would win. Some breweries have been doing this a lot longer than I have. I was not expecting that at all.”

His rauchbier was in a smaller category, but still was up against about 75 other brews. But he knew it was unique. Frank created the recipe from scratch after he enjoyed a similar beer he had in Baumberg, Germany.

He said it took a few years to get it right, but the end result makes it worth it.

“As soon as I got home (from Germany), I began working on it. It really was that special,” Frank said. ” … I am quite proud of it. I love that beer.

“This beer is very light in color. It is an unusual beer in that category. Most are porters or much bigger beers. This is a light lager that has a distinct smokiness to it.”

Frank began a home-brewing venture about 15 years ago and eventually, his recipes caught the attention of family, friends and neighbors — and critics, as Frank picked up competition medals for a number of his beers.

One of those neighbors was Mike Chookaszian, a Wilmette resident and one of the partners in Chicagoland restaurant group CCH Management that operates Pescadero and Napolita in downtown Wilmette. A couple years ago, Chookaszian and company set out to open a brewpub and called on Frank to be the head brewer.

Double Clutch Brewery opened in the fall of 2021.

“It has gone really well,” Frank said. “The challenge has been getting our name out there — obviously there are a lot of breweries in Chicago — but this certainly will help. We are already getting a lot of positive attention.”

Frank said the award-winning Helles lager and kolsch are among the most popular beers at Double Clutch, which focuses on German-style beers. They also over a hazy IPA, Little Juice Coupe, that satisfies the hop-seeking crowd.

The brewery is hosting a first anniversary party, the Spook-tacular Halloween Bash, all day on Saturday, Oct. 29. The Traveling Willibies will perform at 8:30 p.m., and a costume contest will commence at 9:30 p.m.