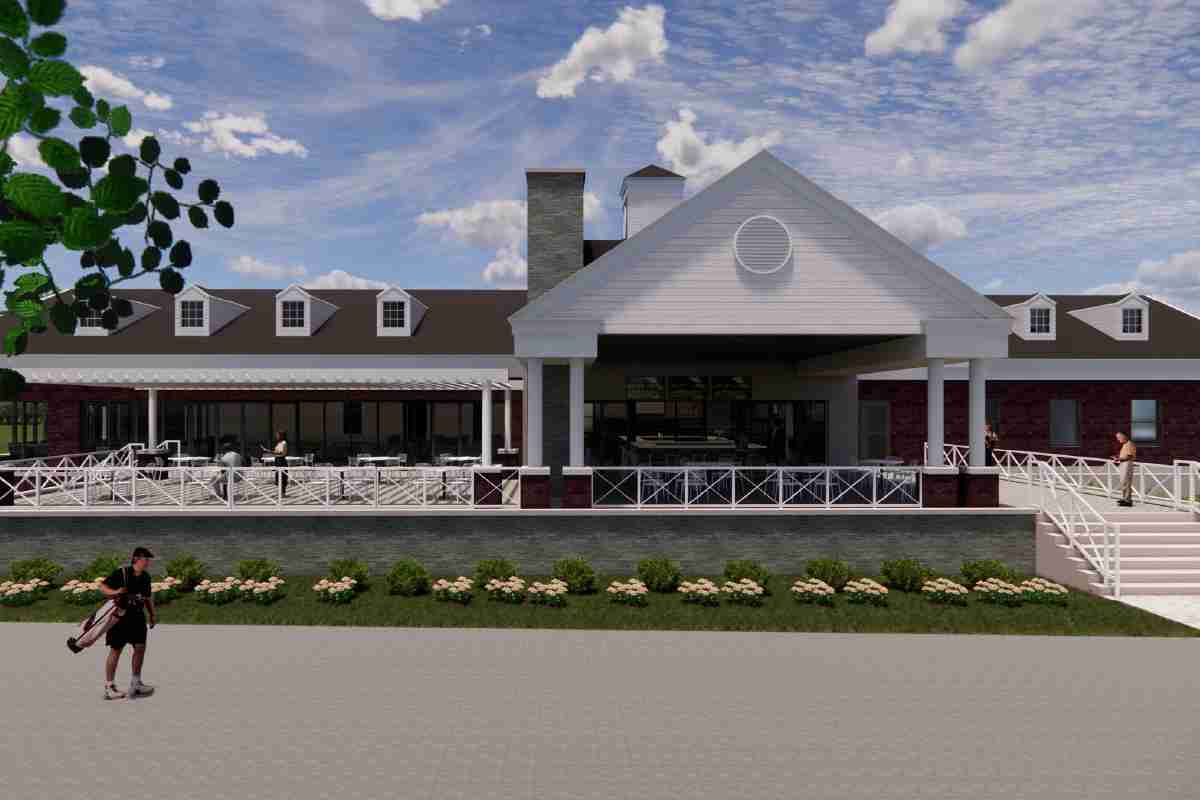 A preliminary rendering of the clubhouse renovations for Glencoe Golf Club.

The fate of the Glencoe Golf Club will likely be up to Glencoe residents following a Village Board discussion Tuesday evening.

During the board’s committee of the whole meeting Oct. 18, Glencoe trustees signaled their general support of up to $15 million in bond sales that would need public approval via an April referendum. The funds would go toward a new clubhouse and renovations at the golf club.

“If we don’t do a referendum, this place is going to implode,” Village President Howard Roin said during the meeting. “And then we’d have to bring a trailer in and that just won’t do.”

The renovations were the lone topic of conversation at the meeting, which featured a presentation from the project’s fundraising arm, Friends of the Glencoe Golf Club.

The Friends were formed in 2019 with a mission to garner support for new amenities — highlighted by a multi-purpose clubhouse — that could make the golf course site a community venue.

The 101-year-old public course covers 126 acres spread across land owned by the Village of Glencoe and Forest Preserve of Cook County. The current clubhouse remains the original building, and course General Manager Stella Nanos told the board that it surpassed its useful life in 2012.

“There has been no significant investment since then because we were told we’re getting a new one,” she said. “At this point it is an urgent time to invest in these buildings to continue to be successful.”

The original projection for a new clubhouse — complete with a restaurant, bar, meeting room, outdoor terrace and more — was $19 million. Since, officials have toned down the design and are primarily looking at two options: one estimated at $14.6 million and the other at $13.4 million.

Along with the modernized facilities, the venue would receive a new name: the Club at Glencoe, suggesting a more flexible and year-round site that could also host cross-country skiing, sledding, summer events, croquet, and even more golf (outings, more rounds, etc.).

On Oct. 18, Village of Glencoe staff presented trustees with details on what a general-obligation bond could look like, explaining that a decision would need to be made by Dec. 15 for a referendum to appear on the April 2023 ballot.

Village Manager Phil Kiraly explained, however, that number could regress over time as the golf course injects incremental revenue into the project and the Friends of the Glencoe Golf Club collect more donations. If approved, the bond sales are good for up to 20 years, giving the Village the ability to monitor the golf club funds and issue the bonds as needed.

As of press time, it was not clear how much the Friends have raised toward the project. The initial goal of the group was between $2.5 million and $5 million.

A handful of residents, including former trustee Joe Keefe, spoke at the meeting in support of a referendum.

“Every effort should be made to preserve, protect and enhance this institution,” Keefe said of the Glencoe Golf Club. “I strongly support a referendum to ask residents to support this community asset.”

Trustees followed with collective support for putting the funding to voters via a $15 million referendum. Formal consideration of the measure is tentatively set for Dec. 15.