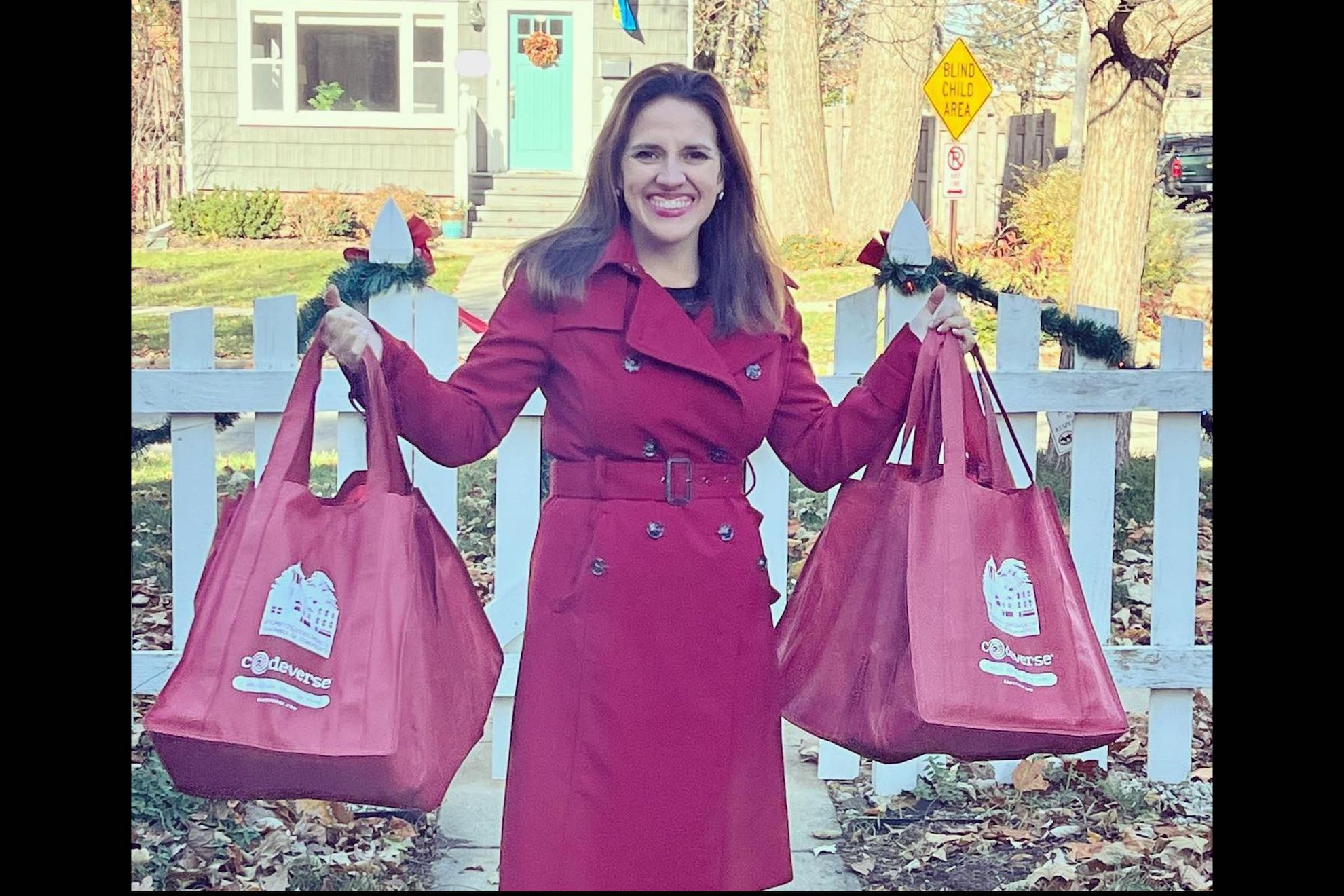 The first two letters of “Wenzke” are the same as “welcome.” Maybe it’s just a coincidence or maybe Ali Wenzke is meant to make people feel at home.

The Wilmette resident has continued to expand her volunteer efforts to meet and greet and introduce new residents ever since she hosted a one-off Welcome to Wilmette event in September 2021.

A year later, Wenzke invited newbies to a Welcome to Wilmette Week that featured 10 events in six days from Sept. 12-17.

“I thought we’d do it all at once,” she said. “You could meet people at the beginning o the week and hopefully have other opportunities to get to know them.”

Several new residents participated in multiple activities during the week. Emily Radke was one of them.

Radke wasn’t just hesitant to move to Wilmette, like many city dwellers, she was hesitant to move anywhere outside of Chicago. But following a suggestion from the family’s realtor, Radke was charmed by Wilmette.

With her young family, she moved to the village in August and was pleased to see the Welcome to Wilmette Week promoted in the “New To Wilmette” Facebook group.

“We were in the city in a really dense living situation and up here felt more open. I was nervous that those organic meetings wouldn’t happen as much,” she said. “… It was important to me to reach out to people right away before we get to winter and had some people we knew so we’re not totally isolated when it gets really cold.”

Radke was present for the first event, a meetup at Central Station Coffee and Tea, and also joined in for other fun. Wenzke took the new crew for a wine night at The Bottle Shop, a game night at Heroines and Heroes, a dance class at SNAP, a family meetup at Vattman Park and more.

The organizing has become old hat for Wenzke. Last year, the Wilmette-Kenilworth Chamber of Commerce noticed her efforts and enlisted her help with a formal program to welcome new residents.

New Wilmette residents receie a welcome bag — featuring a slew of goodies from local businesses and organizations — that welcome ambassador Wenzke delivers to their doorstep.

“People are always really surprised and delighted,” Wenzke said. “They say, ‘I didn’t know Wilmette did this.'”

Not long ago Wenzke was a transplant as well. In fact, for more than a decade, she held on to that title, moving 10 times in 11 years.

She moved to Wilmette 11 years ago and feels home. She wants others to feel that way as well.

“I know what it’s like to be new. I wanted to create something for them,” Wenzke said.

On top of the meetups and welcome bags, Wenzke also hosts a YouTube show called “Welcome to Wimette with Ali Wenzke.” Each episode comes out on Wednesdays and features an interesting Wilmette resident or business.