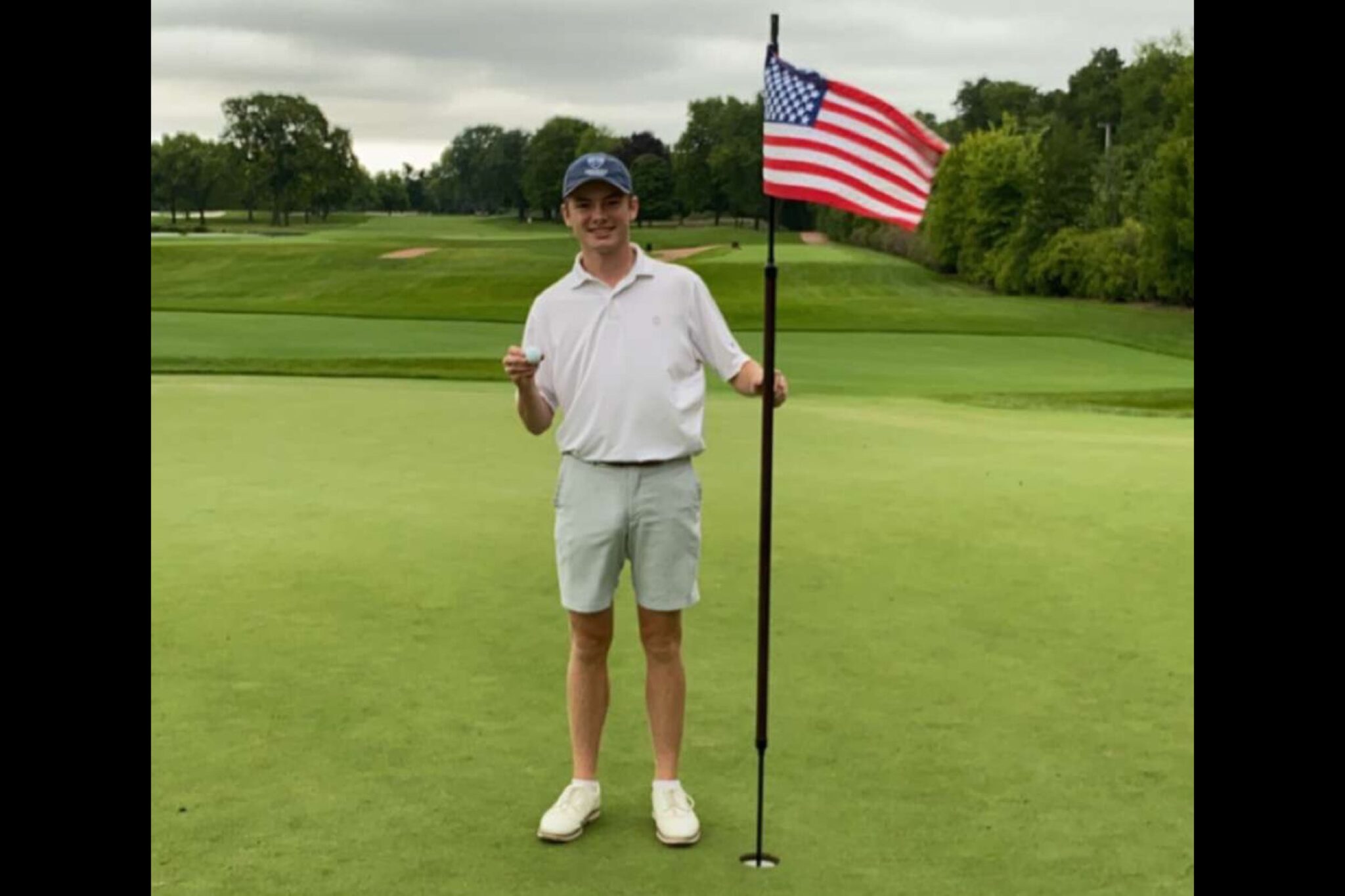 Alex Creamean is a senior golfer for the Trevians who recently finished first at the regional tournament. Creamean will play golf at Bucknell University starting next year.

1. Do you have prematch or preswing rituals?

My prematch ritual is pretty much get there an hour to 45 minutes before a round, go to the range, chipping and putting, getting used to speed of greens. (Before a swing) normally I just try to focus on what swing I am trying to commit to and focus on that swing.

I went down to campus and the campus was really nice. It has a good mix of high-level academics and a high level of golf and that fits me perfectly.

I’m actually not really sure what I want do to. Something in business but specifically, I could not tell you.

4. What do you like to do off the course?

I like to spend time with family and friends. My friends don’t golf as much as I do, though. I play with my family as much as I can.

5. What is the relationship like with you and your brother (Johnny, junior on New Trier golf team) and golf?

It’s definitely a little competitive. We want each other to do their best and succeed, but doing better than the other while they do their best.

6. What is your best golf memory so far?

Over the summer, I had a hole in one playing with friends. It was really exciting. North Shore Country Club, (Hole) No. 16 with a 9 iron I think. We actually did not know it was in. We were looking past the green and had to check in the hole.

7. Who is your favorite athlete?

Probably in the golf world like Jordan h or Ricky Fowler. Probably Ricky. He brings a new aspect to golf. He’s exciting. He’s got more flair than the normal player does.

I like the Arizona Ice Tea, probably that. I like Kit-Kats a good bit, so maybe one of those also.

I’m pretty open, but some people don’t really realize how big of a golf family I have. There’s my younger brother (Johnny), older brother (Charlie) is a sophomore at Georgetown. My dad plays. My mom didn’t even know what golf was when we all started playing but now loves it and wants to get out with us as much as she can.

10. Going into the final weekend, what are the goals for this team and you?

Goals as a team is definitely to get a state championship. This team has a high level of talent and great players, and I think we have a great shot this year. Personally, I just two consistent rounds at state to help out the team and if all goes well, an individual state championship.