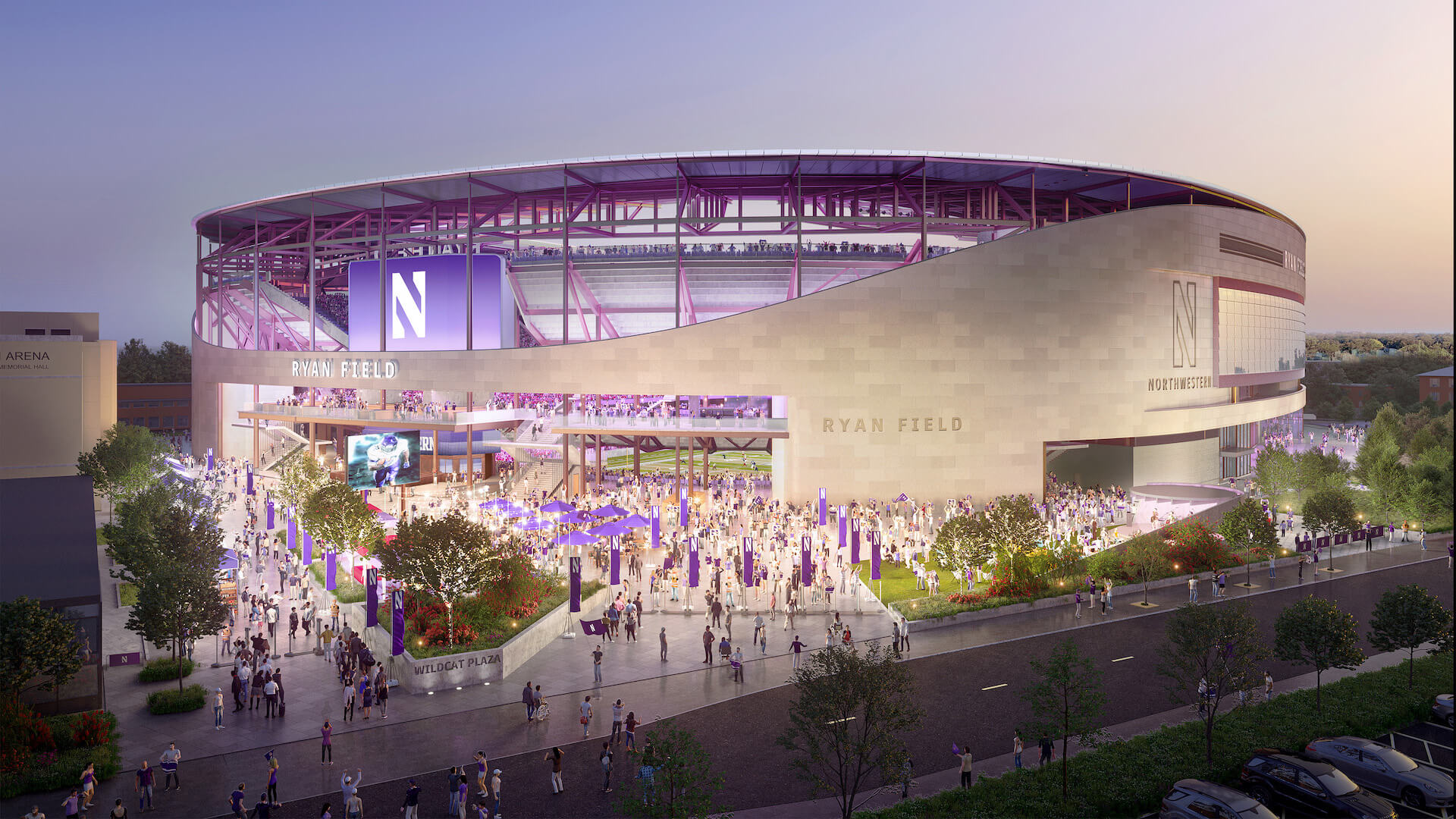 The $800 million overhaul reportedly will be privately funded and highlighted by a “generous gift from the Ryan family,” the same family for whom the stadium is named. The project will replace the 47,000-seat stadium with a smaller (35,000 seats) but modernized Big Ten football arena in time for the 2026 season.

“I have no doubt that the privately funded stadium will be a gamechanger for our football program, athletics department and the community,” NU Athletic Director Derrick Gragg said in a statement.

According to a website dedicated to the project, the rebuild proposal was informed by feedback from the school’s athletes, coaches and fans, as well as neighbors and Evanston residents. School officials say the current facilities fall short in terms of accessibility, acoustic and light pollution, and modern amenities.

The proposed new field will fit within the footprint of the current stadium, while the grounds will include more communal areas, such as green space, park area and landscaping. The development will include a canopy to help control light and noise from inside the stadium.

Plans for the site include “a new standard” of accessibility and inclusivity as well as LEED amenities.

Officials call it a project “for all of Evanston” and say that the facility can and plans to host local events, such as “winter festivals, holiday celebrations, student movie nights, intramural sports championships” and more for that benefits NU students. The stadium will also host “a limited number” of concerts each year with a goal of generating $35 million or more in annual tax revenue for the City of Evanston in the new stadium’s first decade.

The proposal must get the proper approvals from the City of Evanston and school officials plan to begin that process within the next year. First, the project will be the subject of multiple community listening sessions over the next few months.

Officials also tout the project’s economic benefits during the construction phase, saying that Evanston will benefit from $10 million in feeds, more than $600 million in indirect economic development and nearly 3,000 jobs.

“The new Ryan Field will be an improvement in every way and deliver a sports experience befitting one of the world’s great universities,” the site says. “It will be the preeminent site to take in a college football game as well as a gathering space for all ages.”