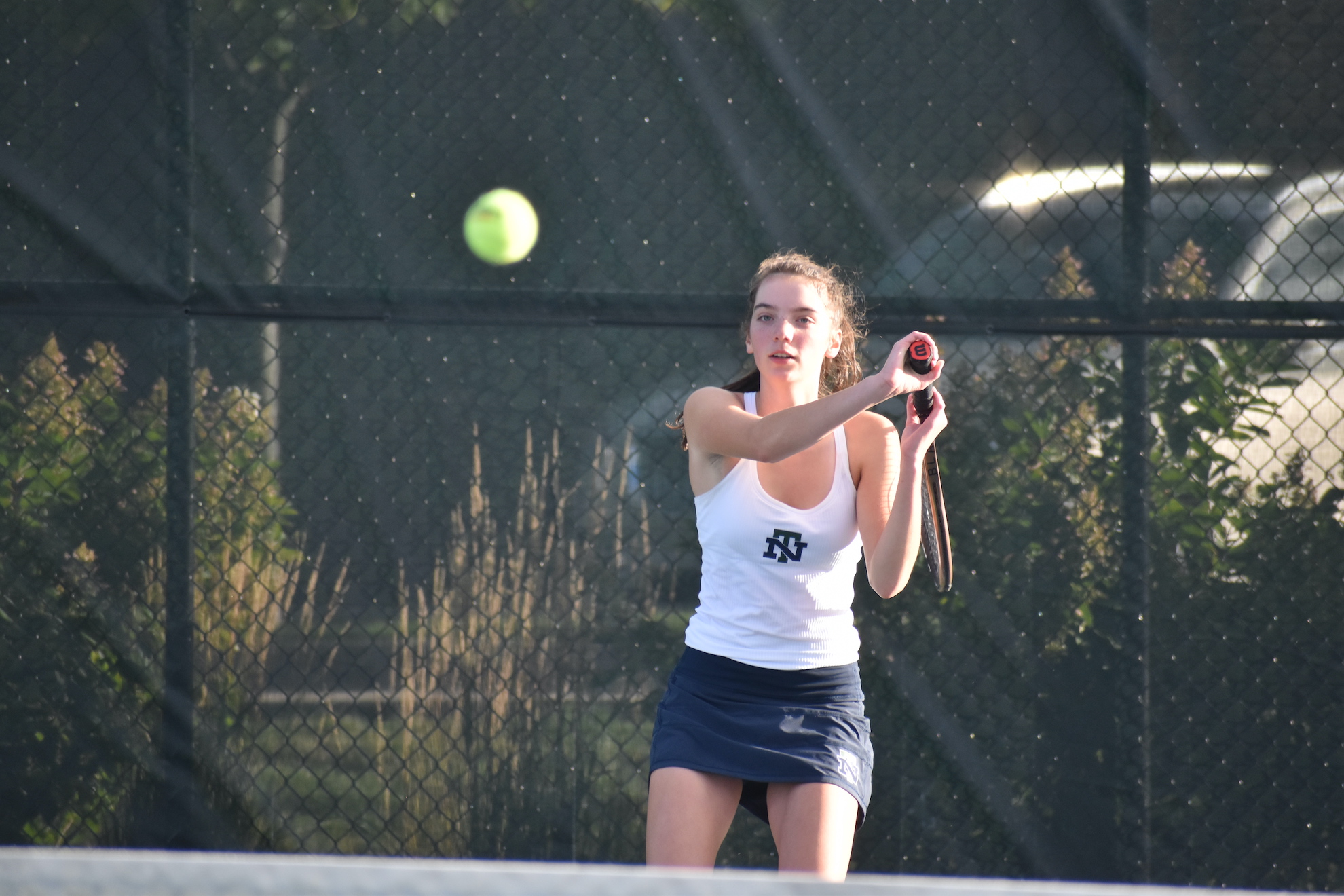 It’s a new season, but not exactly a new day in Illinois high school girls tennis.

The state-trophy favorites are familiar names. Hinsdale Central, Stevenson, Lake Forest and New Trier  — all of which have finished in the top five for three straight state championships — again put top talent on the court.

But only the top three finishers take home a trophy, and since a three-way tie for second place (New Trier, Stevenson and Lake Forest in 2021) is unlikely to happen again, the Trevs — who nabbed a trophy the past three seasons — know a trophy is not a guarantee.

“The same teams are back this year; they’re all good,” New Trier coach Jerry Morse-Karzen said. ” … We’d love to bring a trophy back to say the least, but we’re going to have to play well. I think we’re a little better than last year but I think other teams are too. There are a mix of those four teams and maybe there’s a fifth one out there.”

The Trevians are again led by singles standout Madison Liu, now a junior who took fifth place in her only state finals as a sophomore in 2021 (no tournament in 2020).

Liu is a year older and stronger, Morse-Karzen said, adding that she has expanded her repertoire to include more and better offspeed shots.

Also returning to the singles side is senior Julia Ross, who has six state-tournament victories on her resume.

“She is just solid on the baseline, doing her thing; she doesn’t miss too much and lasts all day out there,” Morse-Karzen said. “(She and Liu) are just hard to beat.”

With Liu getting the evening off, Ross earned a straight-set victory at first singles Wednesday, Sept. 28, when the Trevians welcomed Loyola Academy on senior night. Ross and other seniors spearheaded a 7-2 team win for New Trier.

New Trier picked up another singles win (Allie Varela, 6-1, 6-3) and five on the doubles side, including Calista Kim and Claire Ratke at top doubles.

Loyola’s Ella Pieracci and Bridget Lynch won in straight sets at No. 2 doubles, while Abigail Lavaccare and Emmy Christopher won the most dramatic match of the night, a 2-6, 7-6, 13-11 decision at fourth doubles.

New Trier’s top doubles teams also had the night off. Sophomore duo Lucy Parrilli and Keri Rothenberg are back off a fifth place state finish as freshmen, and another sophomore, Coco Zabel has teamed with freshman Ariane Lesterhuis for an unbeaten season so far.

Morse-Karzen said freshman Ava Katz has also impressed this season and leads a pack of Trevians challenging the returners for a spot in the state lineup.

Coming off a tough loss to league foe Fenwick, the Ramblers are still hoping to make a run at the conference tournament title, which will be given out Saturday, Oct. 8.

Sophomore Evie Swaim has earned her spot at top singles, as has the top doubles team of Hannah Song and Ellie Houston, coach Tom Gordon said.

And while both took their lumps against New Trier opponents, Gordon said playing quality competition can only make his competitors better.

“A lot of times what you’ll see is someone playing up to the competition level,” he said. “You might not win but you play some of your best tennis against quality opponents. … I’m looking for is she hitting her shots, is she moving well, is she making smart decisions. That’s really what I’m looking for.”