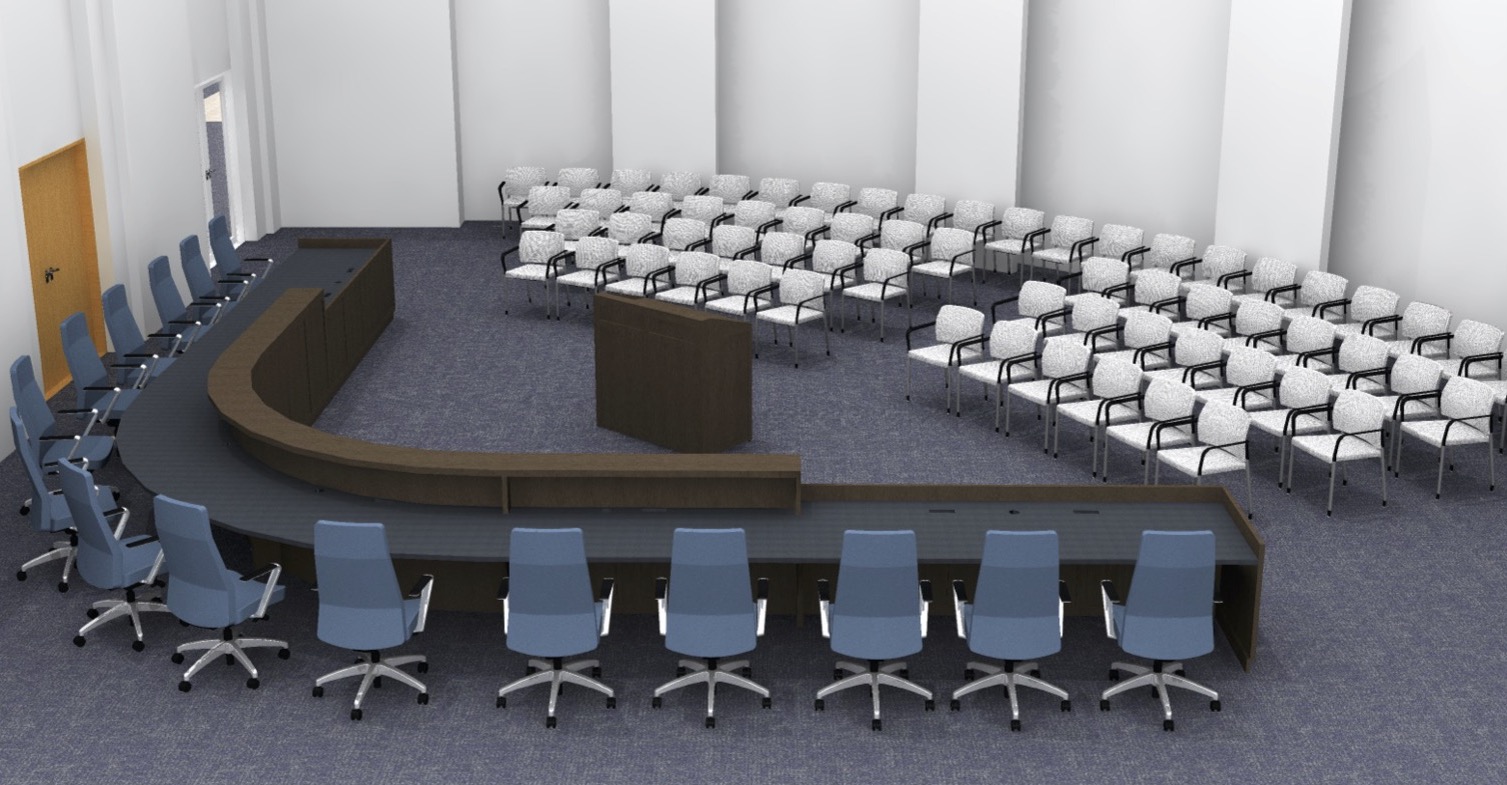 A rendering of the new furnishings approved for the Village of Northfield council chambers. | Image Submitted

The Northfield Village Board is about to get hooked up.

Trustees unanimously approved on Tuesday, Sept. 20, a $237,845 project to overhaul their council chambers with audio-visual equipment, a custom dais and new seating, among other improvements.

According to Village documents, the council chambers inside the Village Hall were constructed in 1996 and have not seen a significant upgrade since. Village officials discussed a renovation and tied it to a $250,000 line item in the 2022-’23 budget.

“The room and most of the equipment were over 25 years old and in pretty bad shape,” Village Manager Stacy Signman said in an email. “Many of the electronic components were starting to fail and were so far past their useful life that parts were no longer available to repair them.

“The board was very cognizant of the budget the work just includes a replacement of the furniture and system that were in place.”

In August, the board’s committee of the whole expressed support for the project, which was initially priced at $249,583, which includes an 5 percent contingency. In a month, about $12,000 was shaved from the final cost, $237,845 (also with 5% contingency), approved by trustees.

The renovations are highlighted by a custom dais for the council members. The crescent-shaped desk is about 140 feet long and 3 feet wide and will cost $64,530. Also included in the furnishings are 15 board and 66 audience chairs at a total cost of about $29,000, as well as chairs and seating for the lobby and 10 more chairs for the executive-session room.

The facilities are also getting new carpeting, painting and lighting, as well as a $51,054 audio-visual package that includes seven monitors, three gooseneck microphones for the dais (12 are already owned by Village) and one for the lectern, video and audio transmission improvements, network upgrades, and control modules. Installation for the AV equipment makes up more than $20,000 of the cost.

Video-recording equipment is not part of package.

Arthur O’Hara, out of Downers Grove, won the furniture contract, and Frequency Audio-Visual Services was awarded the AV work.

Village documents say the project should be completed within two months and before the board’s November board meeting. Village officials will decide on an alternative location to hold the October meeting.