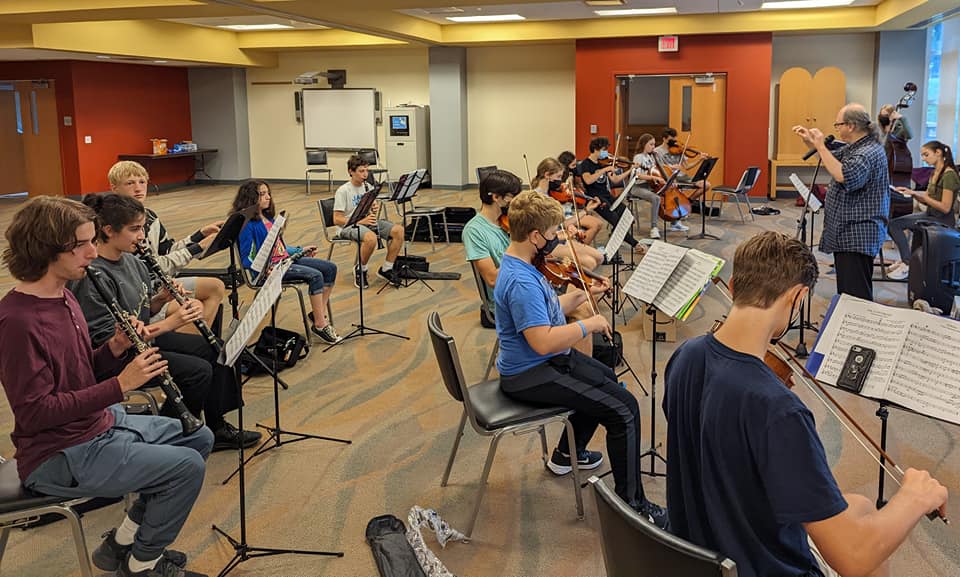 The Junior Klezmer Orchestra is moving from Wilmette to Glencoe as it gets started post-pandemic.

Junior Klezmer Orchestra, a Jewish musical youth ensemble led by members of the Maxwell Street Klezmer Band, is moving to North Shore Congregation Israel in Glencoe for this year, according to a release from the organization.

“It’s been a challenge to get the orchestra back together in a lingering COVID environment, but the enthusiasm and the swell of new students is even greater than when we had to shut down rehearsals and performances in 2020,” said Lori Lippitz, the orchestra director. “The hospitality of North Shore Congregation Israel is giving the orchestra new life.”

The youth orchestra began in 1994 and called Beth Hillel Bnah Emunah in Wilmette home. But the orechestra paused for the past two years out of caution during the pandemic.

The Junior Klezmer Orchestra includes musicians and singers from seventh grade through high school who meet two Sundays per month to learn the art of traditional Jewish music from master players and singers.

According to the release, the orchestra is relocating further north to meet an increase in demand from students from Glencoe, Highland Park and Buffalo Grove.

Maxwell Street Klezmer Band’s Musical Director and violinist, Alex Koffman, who conducts the JKO, adds, “(Learning klezmer music) is a unique opportunity that young musicians are offered here in Chicagoland. There are few if any other youth klezmer ensembles in the country, if not the world.”

For more information about the orchestra, contact Lippitz at (847) 675-4800 or email maxwellstreetband@gmail.com.

The project restored the historic building’s front walkway and added a community patio to the building’s west side.

According to the historical society, the patio will be named The Barbara Barrett Community Patio in honor of the donation. Barrett was a longtime member of the Kenilworth Historical Society “who made a generous bequest to the society,” a statement reads.

” The Kenilworth Park District and the Historical Society anticipate that the new community patio will strengthen community engagement through social events such as the Park District’s weekly Monday Food Truck Night,” according to a release.

The donation coincides with the centennial of the Kenilworth Historical Society.

The League of Women Voters of Wilmette will visit local high schools and community buildings on Tuesday, Sept. 20, to encourage voter registration.

“LWVW believes every eligible American deserves the chance to participate in elections, and voter registration is the first step. LWVW works to help every resident who wants to vote on election day be prepared,” reads a statement from the organization.

The move coincides with the office’s 10-year anniversary, opening in 2012 on Central Avenue in Highland Park.

The office is home to 90 real estate agents who primiarly serve the communities of Highland Park, Fort
Sheridan, Highwood, Deerfield, Riverwoods and Glencoe.

According to a release from At Properties, the new office features approximately 5,000 square feet across one level.

“Over the past 10 years, we’ve established an amazing relationship with Highland Park, and our new office will enable us to provide an even greater level of service to local home sellers and buyers,” said Jorge Abreu, vice president of brokerage services for At Properties Christie’s International Real Estate in Highland Park, in a statement.