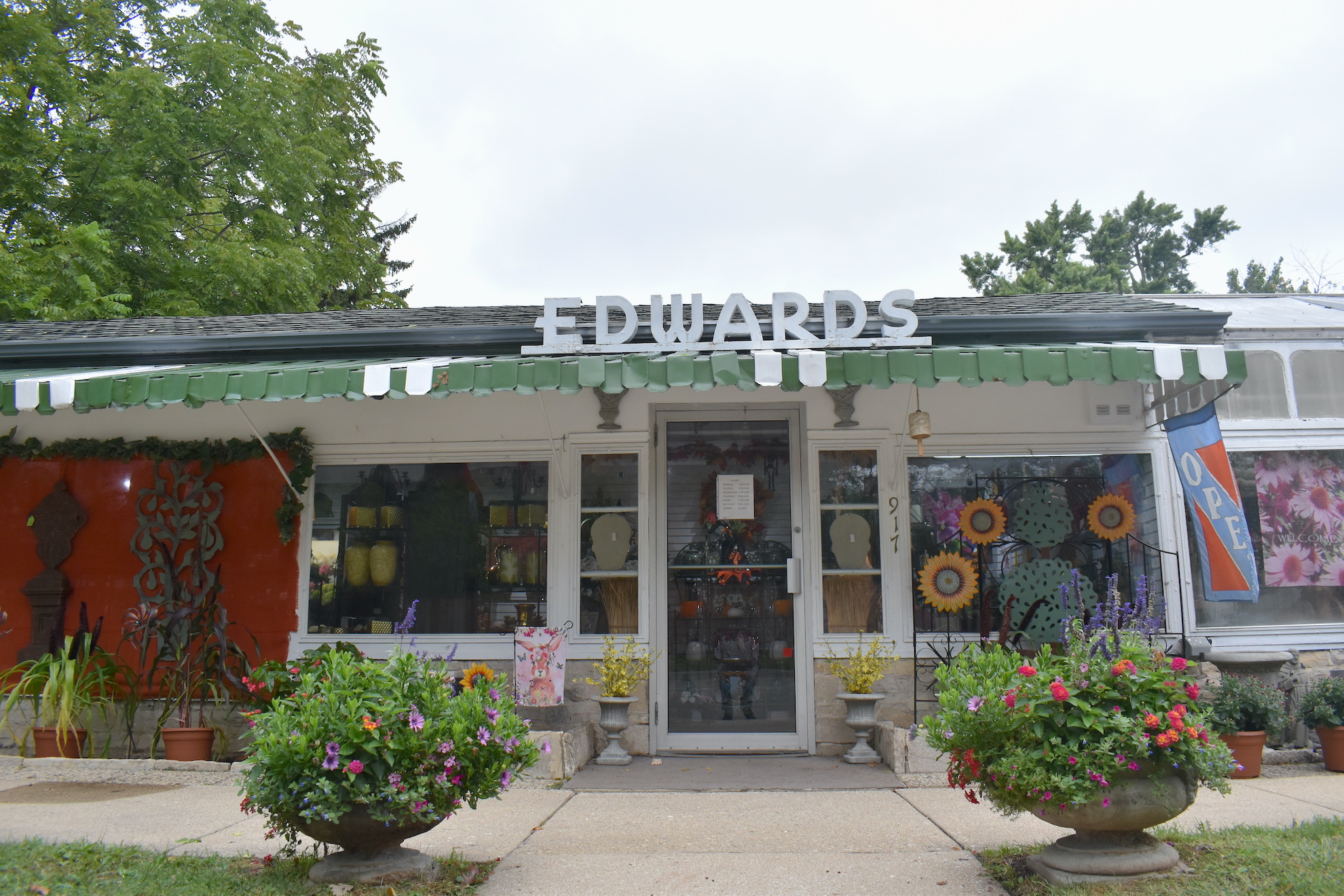 Edwards Florist, which has stood on Willow Street in Winnetka since the 1800s, will close after October. | Photos by Joe Coughlin/The Record North Shore

As long as Winnetka has existed, so too has Edwards Florist.

That soon will change as the 174-year-old floral shop at 917 Willow Road will close for good at the end of October.

“It’s time,” said Nancy Hook, who has owned and operated the beloved shop with her husband, David, for more than 30 years.

Edwards Florist sells fresh flowers and produce, as well as seasonal decor, out of the store, while also providing floral service for special events, such as weddings, funerals, banquets and more.

A closing sale, starting at a storewide 30 percent, is on at Edwards through Oct. 31. To announce the pending store closure and ongoing sale, the Hooks sent a mailer to their customers. Nancy said the response ranged from surprise to tears to a loss for words.

“We have great customers,” she said. “We should thank every one of them. A lot of them really believe in shopping local.”

The Winnetka Historical Society dates Edwards Florist back to 1848. Nancy said she has historical records that show the store’s land was once measured in ladders and chains. It began mostly sourcing and selling vegetables.

In 1910, George Edwards and his family purchased and renamed the business. They sold it in 1950.

Ten years later, George Hook — a Round Lake farmer who wanted to keep working with plants — bought Edwards Florist. David Hook said he has helped out his father at the store since he was 5 years old and began working full-time there in 1975.

While purchasing inventory for Edwards, David Hook often encountered a saleswoman named Nancy. David and Nancy, who married in 1993, began operating the store after George Hook’s death in 1991.

As the two prepare to retire, they say members of their family do not wish to continue operation of Edwards.

Through the years, David has seen three generations come through the doors, and Edwards has worked weddings for couples and years later, their children.

A lot has changed between then and now. Nancy Hook said while business is doing just fine, it has not gotten any easier, as like most the old-school store pivoted to compete in the digital age.

“It’s bittersweet,” she said of the closing. “Small brick-and-mortars have struggled. But we made it through all the wars and 9/11 and even COVID, which changed people’s buying habits.”

That was just one piece of evidence that informed the Hooks’ decision to close their shop.

Edwards’ aging infrastructure — such as its roof and driveway — need costly improvements, and Nancy estimates that David has worked seven days per week for the last five years.

Before David’s mother, Ann Hook, died in 2020, she told David she wanted him to give up the store.

“It just got to a point that if we didn’t call it quits now, then when,” he said.

There is plenty to do before Edwards is completely gone, but David and Nancy Hook, both in their 60s, are already daydreaming about their first vacation in 14 years.

And after the first one, maybe another.

“Yeah, definitely there, and just seeing more of the United States — traveling around,” David said.