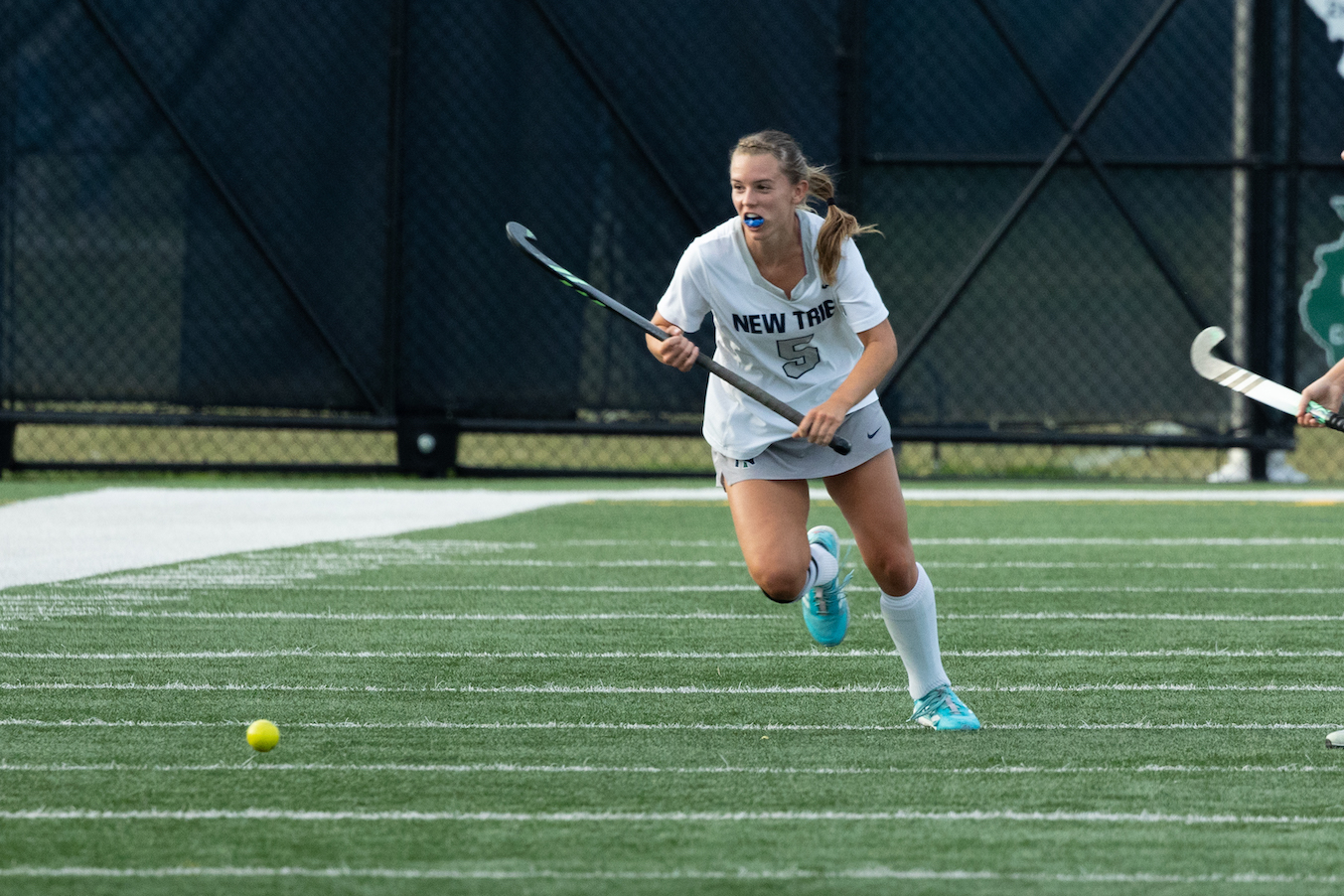 Honor Roberts is a senior captain for the Trevians. | Photo by Rob Lange Photography

Honor Roberts is a senior forward for the Trevians who was named All-Midwest in 2021, when New Trier won a state championship. She will compete for the University of Pennsylvania next season.

No, not personally. … Wait, I guess I have one. I eat fruit snacks before every game. I just need fruit snacks.

2. Why is Penn the right fit for you?

3. How did you get into field hockey?

I first got into field hockey because of one of my best family friends. Their parents played it growing up. I just started when I was about 8 years old in a club and fell in love with it. I’ve kept playing since then.

4. What is one thing about field hockey most people don’t understand?

I would say that they would think it’s a calmer game and don’t think it will be as intense of a game as how we play it.

I love hanging out with my friends and family. In the summer, going to the beach.

7. What is your favorite TV show right now?

“Grey’s Anatomy.” It’s just my comfort show. I have so many times. I know what’s happening, but it’s just a good show.

That I was born in England and I lived there for two years. My family lives there so we go back once or twice a year, which is really nice.

10. What is the key to this team winning another state championship this season?

I would say just playing together, playing our game. I think we’ve been doing that so far and have had a really good start to the season. We went down to St. Louis and got tested there. Just continuing to play as we are and being positive on and off the field. That’s probably it.