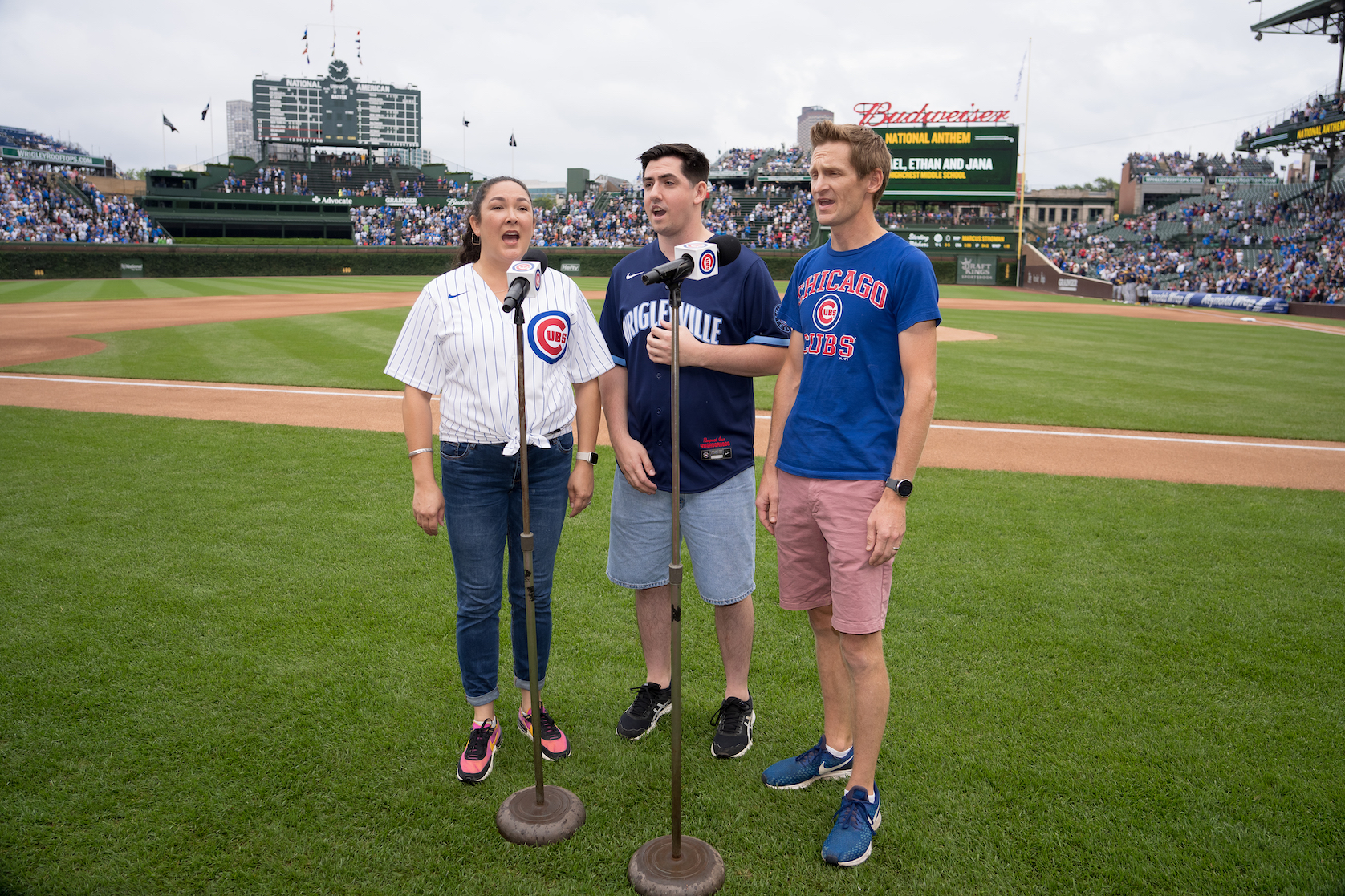 For most of the season, wins have been hard to come by for the Chicago Cubs — but not when Wilmette teachers sing the national anthem.

When that happens, the Cubs are undefeated. Are the two related? Who’s to say.

Surely not Mike Holden, Jana Martin and Ethan Kohring, three music educators with Wilmette District 39 who performed The Star Spangled Banner prior to a thrilling 6-5 Cubs victory in extra innings on Saturday, Aug. 20.

Holden, the district’s band director, was invited to sing the anthem by Laura Ricketts, a member of the Cubs ownership family and a Wilmette resident.

The three practiced, but not much together, making the Aug. 20 performance in front of thousands at Wrigley Field that much more impressive.

“Prepping for it, I thought I was going to be way more nervous than I was,” Kohring said. “I was still nervous but remembering my family and friends were in the crowd calmed me down.

“It was a very, very cool and spectacular experience.”

Highcrest Middle School Principal Kelly Jackson recorded her colleagues and can be heard egging them on before the first note.

After the final note, Jackson was one of thousands screaming in appreciation for the performance.

“I have been listening to it like five times a day since,” Holden admitted. “I get goosebumps every time the crowd goes bananas at the end. It was such an adrenaline rush. It was tense in the moment and then this giant release of euphoria.”

The three local singers received high-fives as they made their way back through the seats and were even recognized in line for concessions.

They then took their seats with friends and family who attended in support and all watched a home-team victory.

Martin was still reeling in the moment days later and added that the thrills at the stadium also provided an educational opportunity for Wilmette students, who already learn about the national anthem’s history in class.

“It was such a huge honor. Not many people get to do that,” she said. “I think in teaching we really want to make real word connections. Anything we can do to make it a connection for students is important. Kids can say, ‘I was at that game,’ or at a game and make those connections real. We do a whole unit on how there are music connections in our daily lives.”