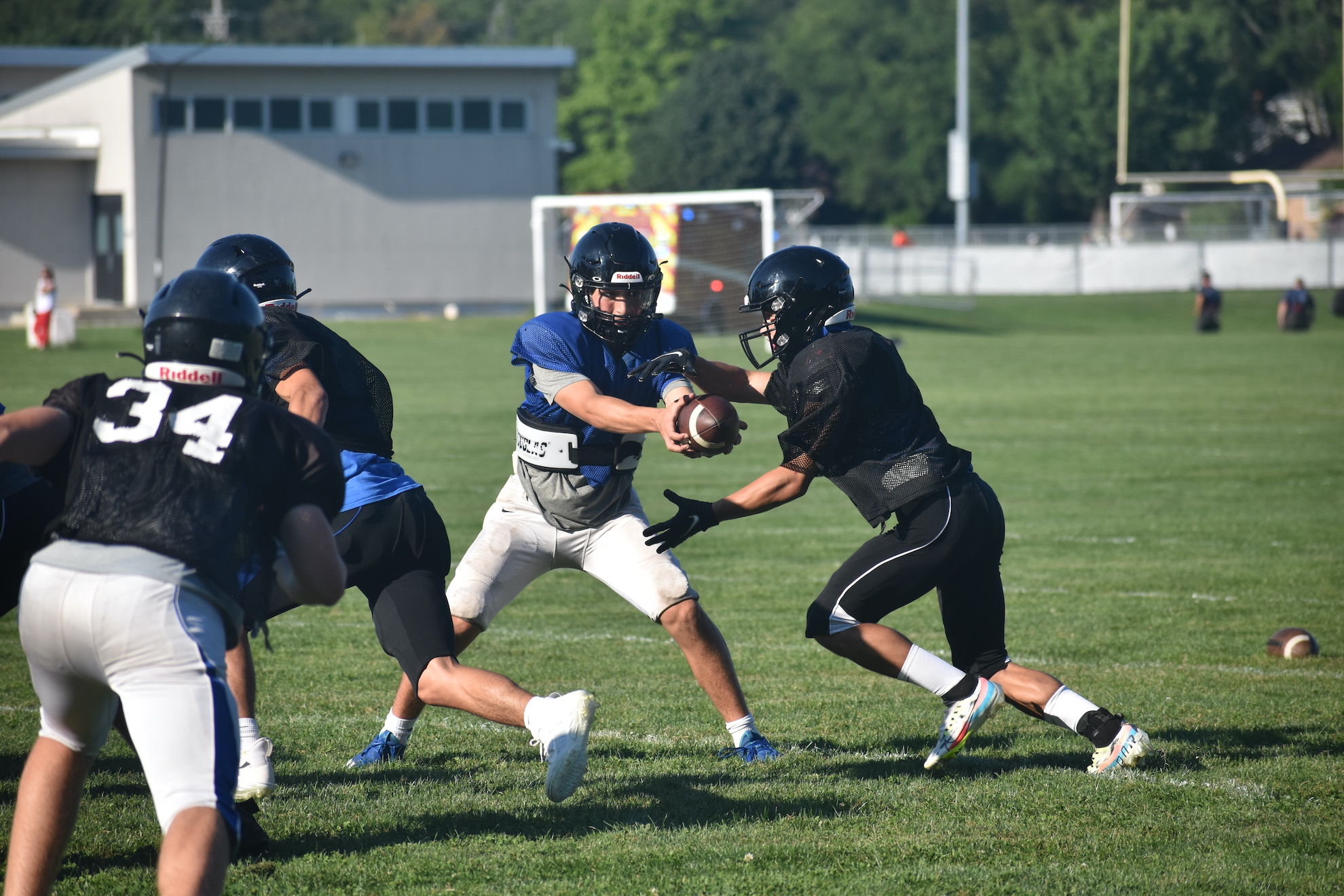 Quarterback David Finfer and running back Nikko Rosenbloom — both returning starters — coordinate on a handoff exchange during a practice on Monday, Aug. 22. | Photos by Joe Coughlin/The Record North Shore

If the excitement at Highland Park High School’s football practices seems amplified this season, it’s because it is.

From a literal standpoint, the Giants program is seeing a participation increase that has boosted the buzz at Wolters Field. Plus, among that larger group are more than a dozen returning starters from a 2021 team that finished short of the postseason with a 4-5 mark for the third straight regular season.

That’s the formula behind a team that is hyped for its opener against Leyden on Friday night, Aug. 26, in Highland Park.

“I’m exited. We’re excited,” said Jacques Munkhjargal, a senior defensive tackle for the Giants. “I think me and everybody else, as a team, want to make a statement. We want to prove a lot, because we have a lot to prove. And it’s going to start that night. Everybody is going to see how much we’ve improved.”

A Giants assistant coach for 10 years, Kopp is familiar with the program and the returnees. Looking at the experience on the field, he feels fortunate.

“I’ve been saying I am very lucky for this situation I stepped into,” Kopp said. “Coach (David) Lindquist did a great job of setting this program up. Taking over for him is great and then stepping into a situation where we do have so many returning starters who are also just good workers, at doing their jobs and understanding the team game.”

Last season, the Giants did not play close games. The closest finish was a 13-point Giants’ victory against Maine West in the season finale and a 13-point loss against Lakes in Week 2. HP’s other four losses were by 33, 23, 29 and 22 points, respectively.

Kopp believes the team’s experience and confidence will close that gap and push the Giants into playoff contention, a spot they have not been in since 2017.

It will not be easy. To their nonconference schedule, the Giants added Buffalo Grove and Hersey, two teams who combined to win 16 games in 2021. Highland Park, though, will also take on Leyden and Hubbard, neither of which made the playoffs last season, at home to begin the season.

From there, the Giants will rumble through a five-game Central Suburban League North slate against 2021 playoff teams Deerfield (league champ) and Vernon Hills, as well as Niles North, Maine West and Maine East.

As one of 10 juniors returning to the starting lineup, Nikko Rosenbloom believes Highland Park has what it takes to get to that elusive fifth win.

“We want to make the playoffs. We want to win,” he said.

The tailback was an All-CSL selection a year ago and helps lead an experienced offensive until that also includes quarterback David Finfer and wide receivers Emmett Pulte and Andrew Cortes.

Kopp said Finfer has increased his leadership abilities and his size in the offseason, spending quality time in the weight room. Rosenbloom said the balanced offseason will put up numbers this season.

“I think we can do some really good things this year,” he said. “We have a really good quarterback. A lot of passing is going to happen and we can run the ball.”

On the other side of the ball, Rosenbloom anchors an experienced secondary that also includes Pulte and cornerback Asher Stern. Talented linebacker Tyler Glezer sets in the tone in the middle, and Munkhjargal highlights a defensive line that excites Kopp.

“Our defensive line has been playing great lately,” the coach said. “If we can get a good pass rush and force the quarterback to get rid of the ball, I really trust our secondary to make some plays.”

The pieces are in place for Kopp and company, and the hard part starts Friday night at Wolters Field. 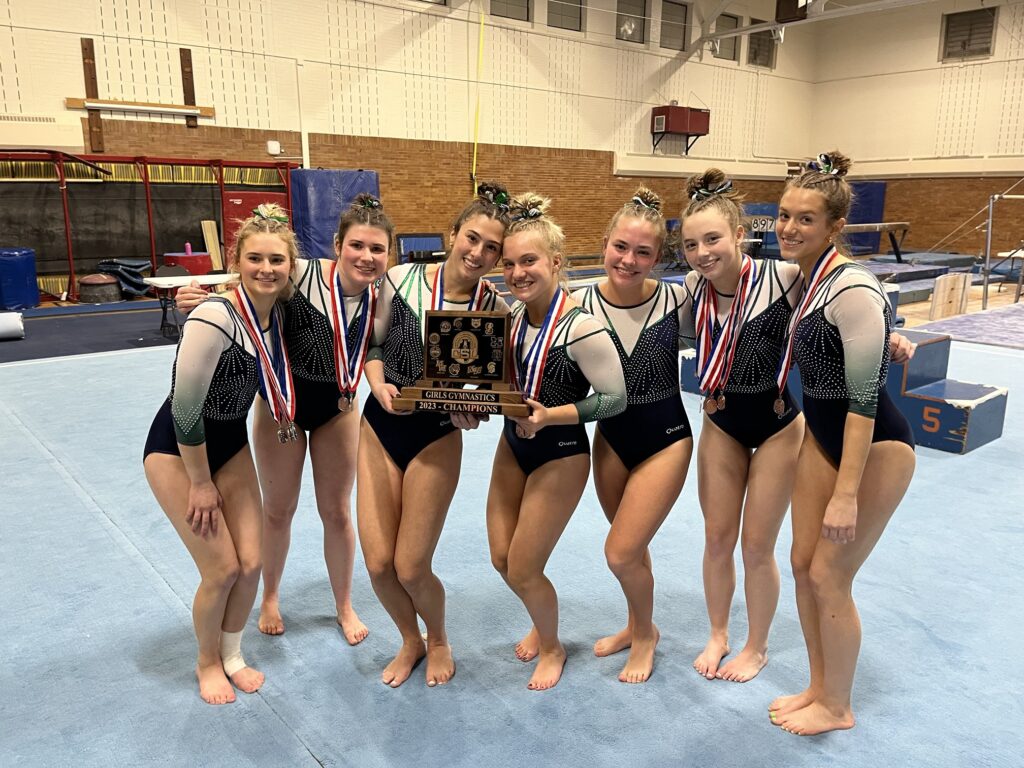