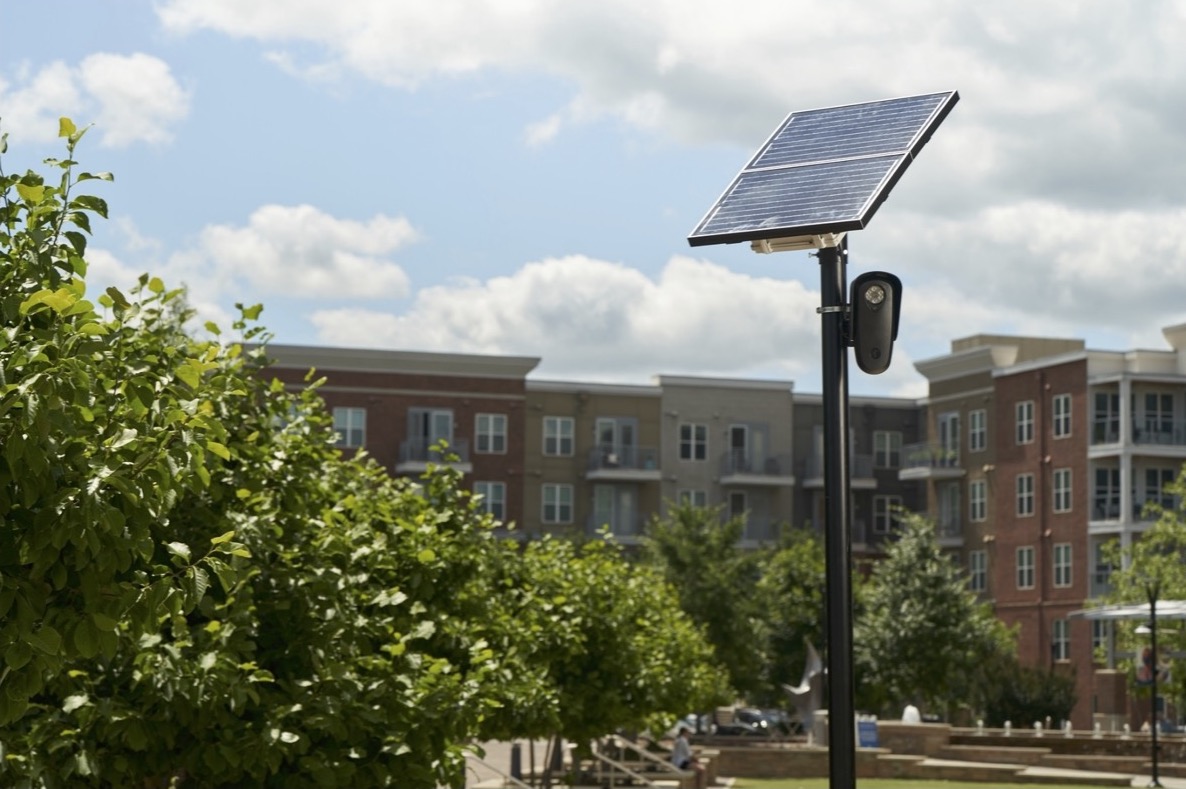 An example of a license-plate reader that will be placed at seven locations in Northfield. | Photo from Flock Safety

Northfield will become the latest North Shore community to feature license-plate-reading cameras thanks to Village Board approval on Tuesday, Aug. 16.

The Village of Kenilworth added the cameras in 2021 and expanded the program this year. Nearby municipalities Northbrook, Niles and Skokie also use the technology, while Wilmette, Glencoe and Winnetka are considering acquiring the cameras.

Triggered by motion, automated license plate readers photograph passing cars. Then, machine learning pulls data based on a car’s license plate number and can quickly — within 15 seconds, according to Flock Safety, the firm contracted by Northfield — send an alert to police departments if that car is associated with criminal activity or public safety investigations, such as missing persons. The system reportedly does not pull personal information, such as a motorist’s name or address.

The cameras have been criticized as a threat to privacy. According to a memo from Village Manager Stacy Sigman, Northfield will own the data and delete images after 30 days — unless they are being used in an active investigation.

Northfield is also adding its 20th police officer at an estimated base salary of $95,000. According to Sigman’s July memo, the police department is looking to alleviate pressure from absences caused by COVID-19, family concerns and workers compensation, among other things. The department reported it was short-staffed for 350 days combined in 2021 and 2022. It is also looking to replace a retiring officer.

“We had hoped that once we were through the worst of the pandemic, the situation would stabilize, but that has not happened,” Stigman wrote in the memo.

Progress continues on the Skokie Valley Trail project as the Northfield Village Board unanimously approved an intergovernmental agreement with the Village of Wilmette.

The Skokie Valley Trail is a regional biking and walking path that is expected to stretch from the Village of Lake Bluff to the City of Chicago upon completion.

Parts of the trail going through Northfield, Wilmette, Glenview and Skokie are either in development or pre-construction.

Northfield led the way to secure a Transportation Alternatives Program grant, which awarded $619,707 in funding for the trail, according to the board’s packet.

Wilmette was the lead agency on the Invest in Cook application, which provided $150,000 in funding.

The agreement puts on paper a plan to manage the funds. In it, Wilmette will transfer funds to Northfield.

Melissa Jewett, Northfield’s director of administrative services, said in a memo that “Northfield will invoice Wilmette at three milestones throughout the project in order to collect the $150,000 of Invest in Cook funding.”

The IGAs with Skokie and Glenview are expected to be on the board’s agenda at the September board
meeting.

Cannabis dispensary expected to open by end of year

Trustees also received an update on the opening of the village’s first cannabis dispensary, which was unanimously approved by the Village Board earlier this year.

BLOC Cannabis Dispensary — which will be operated by Renu IL, an affiliate of Justice Cannabis Company — will take over a former bank at 161 Waukegan Road.

Sigman told trustees that the dispensary’s cannabis license was approved by the state last week.

She said applications for construction permits are expected “by the end of this week or early next week” with renovations starting as soon as possible.

“We do expect that they will be open by the end of the year,” Sigman reported at the meeting.

Sigman also provided an update on the plans for the Happ Road project.

She reported that the village received confirmation from Cook County officials that they can build a roundabout as part of the project.

As previously reported by The Record, the roundabout would be used as a “pedestrian island” to improve safety for both pedestrians and motorists along Happ Road.

The project encompasses Happ from Winnetka Road to Willow Road.

The five-leg roundabout would replace the intersection at Happ Road and Orchard Lane.

Sigman said Teska Associates will be working on the design of the roundabout, which may include a fountain in the center of it.

Village President Greg Lungmus said the idea of including a fountain is “a great choice.”