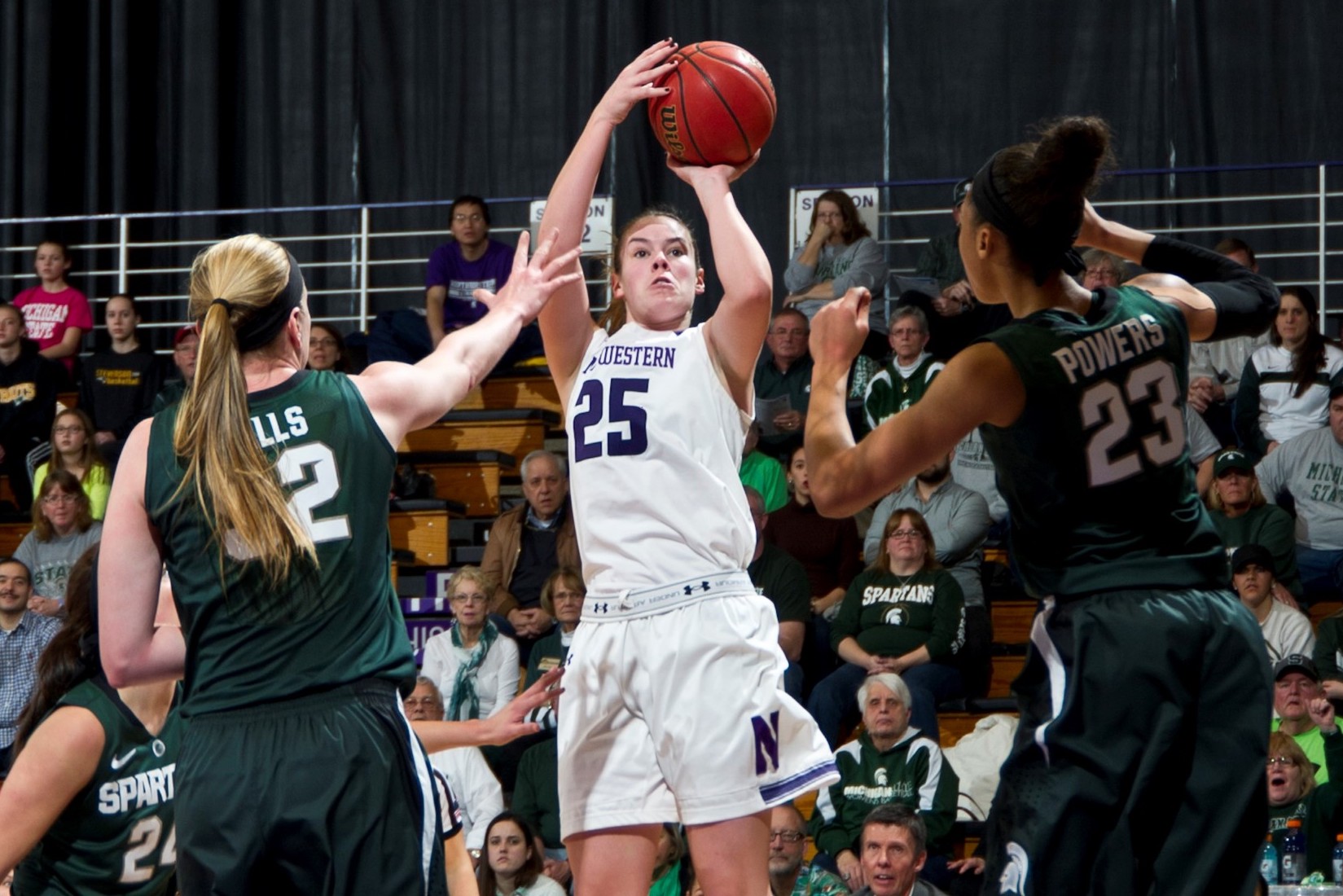 During her time on the basketball court, Maggie Lyon had great timing, whether it was the release of her highly regarded jump shot or her first step into a dribble drive.

That attribute has continued into Lyon’s post-playing career.

“It has happened super fast, which I don’t take for granted,” said Lyon, a Wilmette native. “It was a fast trajectory. I wanted to eventually return to Northwestern in some capacity. I really, really wanted to work with coach (Joe) McKeown. It was great, great timing.”

Lyon was dominant on the court during her years with New Trier High School (2008-2012). A 6-foot-1 combo guard, she was named All-State three times and led the Trevians to an elite eight appearance as a junior. After her senior season, she was named a McDonald’s All-American nominee.

A lifelong Wildcat fan, Lyon chose Northwestern from a slew of Division-I collegiate offers. She was a multi-year All-Big Ten player and captain for the Wildcats (2012-2016). Lyon got a shot in the WNBA and then played a year of professional basketball in Spain before beginning a career in sports marketing.

While working for Priority Sports, Lyon coached with her former AAU team, Midwest Elite, as well as players in the New Trier pipeline.

It was then that Lyon caught the coaching bug.

“I was working full time and doing coaching. I loved the coaching and also liked working for Priority, but it wasn’t something I wanted to do forever,” Lyon said.

Lyon spoke with her former coach, McKeown, about her desire to make a career of coaching and after telling her she was crazy, he helped her with his advice and connections, she said.

Lyon secured an entry-level spot as video coordinator with Loyola University at Chicago women’s basketball. Within three weeks, she was again the beneficiary of good timing, ascending to assistant coach after another coach moved on.

The Ramblers went 18-12 with Lyon on staff, and her love for coaching only grew.

“I love being gable to connect with athletes, to be on the basketball side of it but also on the relationship side of it,” she said. “I love being a part of a team and loved being a leader on the teams I played on. I can still be relatable to the kids but also affect them in a positive way with so many things that I learned as an athlete that my coaches instilled in me and taught to me.”

When Popovec moved on this past offseason, Lyon was stoked to get a chance to join the Wildcats.

A multi-sport child in Wilmette, Lyon grew up going to Northwestern basketball, softball and soccer camps. She also used to ride her bike to football games at Wildcats’ Ryan Field in Evanston, and she would probably beat you in 2000s Wildcat football trivia.

And, of course, she is an alumna who took the court more than 100 times representing the purple and white and holds the program’s three-point record (238).

“Something I loved so much as a student-athlete is it feels like everybody goes about things the right way,” she said. ” … You can succeed in sports and academics at a high level. It felt really special that you don’t have to sacrifice one for the other.”

Lyon added, “I am someone who likes to have roots, and now to be back here coaching, it almost feels like it was meant to be.”

The Wildcats finished last season 17-12 with an 8-8 mark in the Big Ten, finishing the campaign with a second-round loss to Iowa in the Big Ten tournament. A year prior, 2020-21, Northwestern earned an NCAA Tournament berth and in 2019-20, the Wildcats were co-Big Ten champions.

Lyon likes what the Wildcats will bring to the floor starting in November with multiple seniors with championship experience and an “awesome freshman class.” She thinks she will add an analytical perspective to the program and push the Wildcats to reach their potential.

How far does Lyon want to take coaching? All the way, of course, but she’s not thinking of that yet. She will wait for the right time.

“Anyone who coaches at some point wants to be a head coach,” she said. “That’s my answer, but right now, it’s early, and I just want to be a really, really good assistant coach. Never say never to being a head coach but right now I’m focused on how to be a better assistant.”