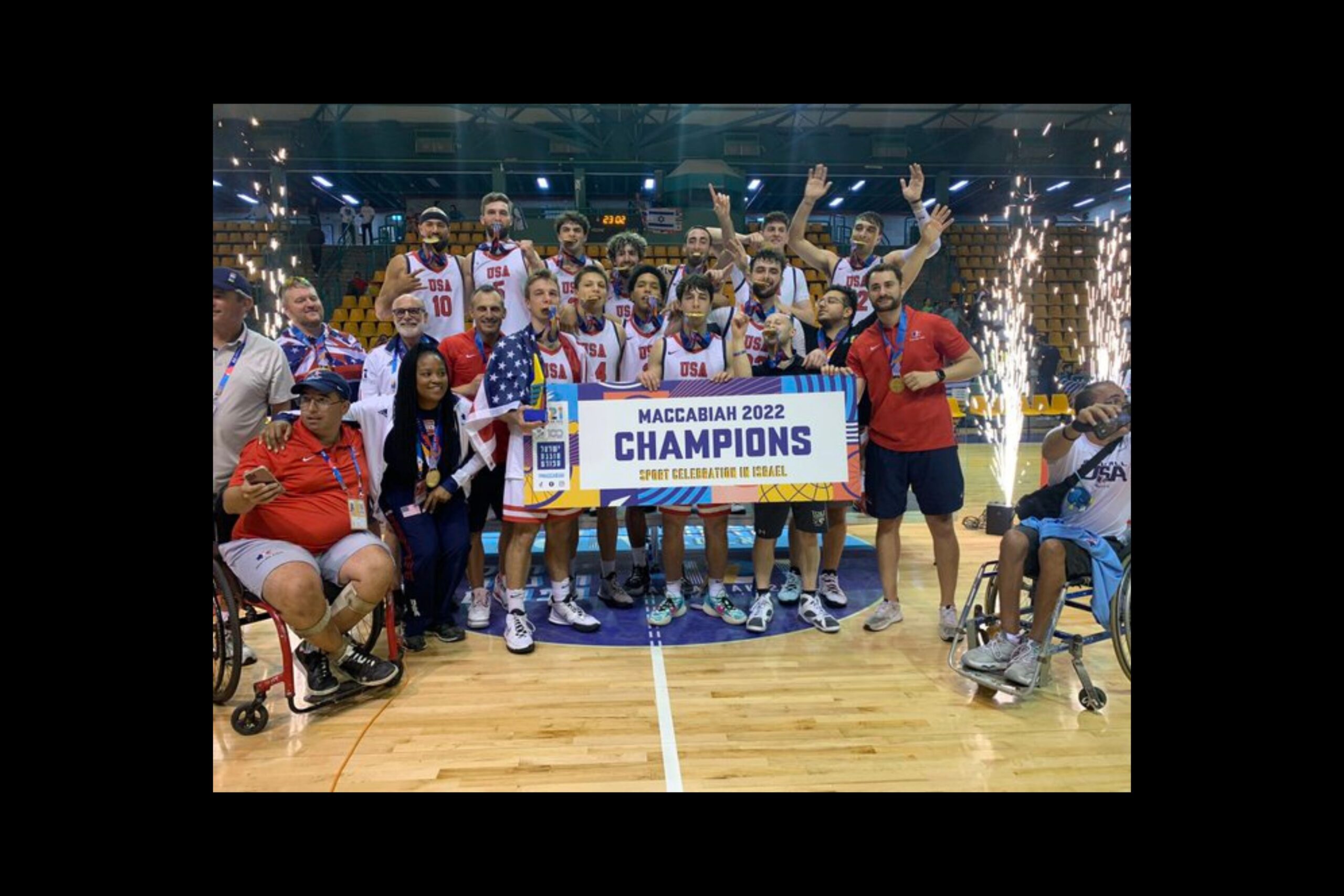 A summer trip was a golden opportunity for a number of Jewish athletes from the New Trier area.

Local stars helped Team USA dominate the 21st Maccabiah Games, held in Israel from July 5-26, when the Americans won gold medals in a multitude of events.

Team USA was maybe most successful on the indoor basketball court, where it claimed the top prize in six of seven divisions, including U18 boys, U18 girls, U16 boys and men’s open — all four of which featured a local talent.

In the U18 girls title game, Rachael Zacks, a rising junior at New Trier High School, went off for 23 points (4 three-pointers) and 8 rebounds a Team USA topped Team Israel 78-67.

Zacks’ U18 girls went 6-0 in the tournament with her team’s tightest matchup coming in group play with a four-overtime, 79-75 victory against Israel.

“Each game is filled with over-pouring energy. The games are very intense and high stakes, but that’s what makes it so fun,” she wrote to The Record.

The competition during the Maccabiah Games is special. And not just because of the tense gameplay.

The international spectacle began in 1932 and every four years unites Jewish competitors from across the globe.

“I think it’s really moving to have Jewish athletes, each with a passion for their sport and Jewish identity, from over 50 countries congregate in the same spot to compete in the sports they love,” Zacks said.

The experience was “eye-opening” to Shannon, who said during the trip he was also able to explore Israel.

“This is special to me because I never realized there were this many Jews who played competitive sports,” he said in a message to The Record. “I was told we almost had 30,000 people in a stadium for opening ceremonies which was really cool to see.”

The U16 boys team was coached by Mike Weinstein, a Highland Park High School alumnus and the founder of Fundamental University, a north-suburban AAU program.

Team USA was also successful on the pitch in Israel, where it won gold in two divisions: open female and U16 female.

Helping U16 was Basie Shannon, a rising junior at New Trier and Noah Shannon’s sister. Shannon and company won the championship match 2-0 over the Netherlands.

Basie Shannon scored a huge goal during a 2-1 victory over the Netherlands in Team USA’s undefeated group round.

“Maccabia is special bc everyone is Jewish, every team you play against everyone you are with in the hotels,” she wrote to The Record. “It’s so cool to be around so many Jews.”